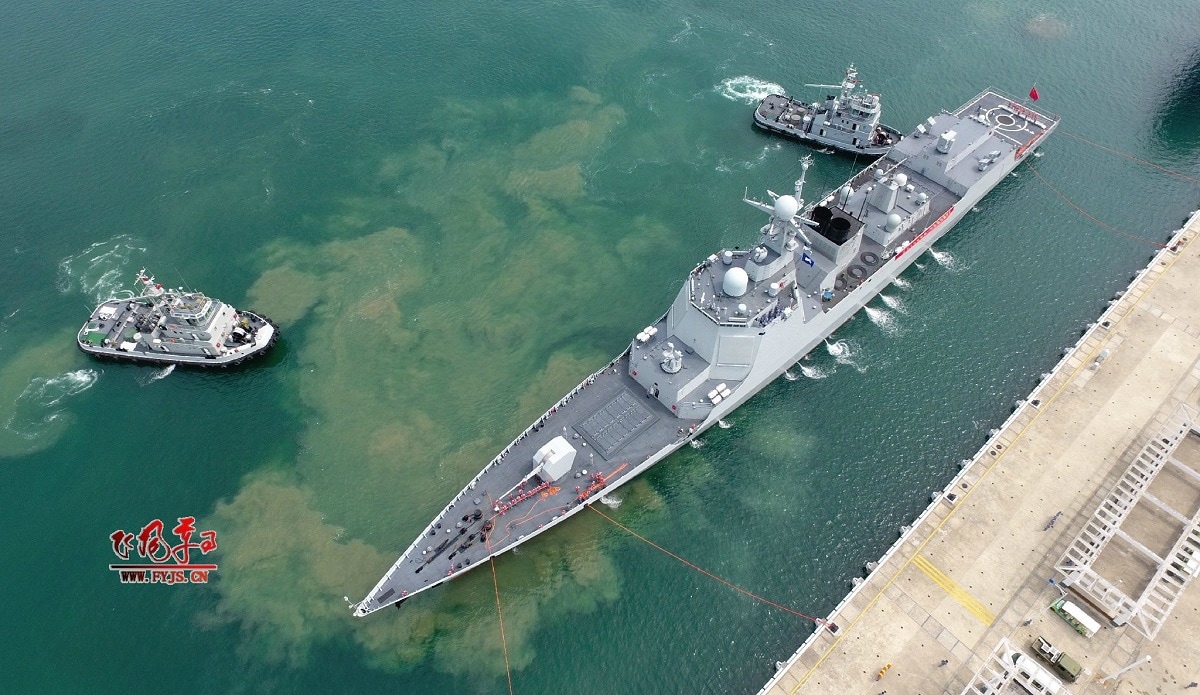 It is a myth that you can see the Great Wall of China from space, but unfortunately, something else Chinese was reported to be visible from satellites – namely human waste in the South China Sea.

As a result of the constant presence of Chinese Coast Guard vessels and fishing boats in the waters there has been a significant increase in human waste, a software company warned.

However, the validity of its report is now being questioned.

On Tuesday, Newsweek posted satellite images this week that were collected over the past five years by Simularity Inc., a software company creating artificial intelligence technologies for satellite imagery analysis. The software company said the images clearly showed human waste piling up from Chinese vessels in what was described as a “contested portion” of the South China Sea. The vast quantities of the waste have purportedly caused significant damage to coral reefs as well as wildlife.

The news magazine quoted Liz Derr, the head of the software firm, who said that the images show hundreds of Chinese fishing boats anchored in the Spratlys region, along with dumped human waste, sewage and other wastewater. According to the satellite images, there were at least 236 Chinese vessels spotted in the reef area, which is known internationally as the Union Banks, last month.

“When the ships don’t move, the poop piles up,” Derr warned. “The hundreds of ships that are anchored in the Spratlys are dumping raw sewage onto the reefs they are occupying.”

The presence of so much waste could impact fish including the migratory tuna, which breed in the reefs.

“This is a catastrophe of epic proportions and we are close to the point of no return,” Derr added.

China quickly dismissed the claims that its fishing boats had been dumping sewage or other wastewater, Newsweek also reported. According to the news magazine, Chinese Foreign Ministry spokesperson Zhao Lijian described the Simularity study as a “big joke” during a regular press conference in Beijing on Thursday. The spokesperson further added that the company had fabricated facts, and also violated professional ethics by spreading rumors about China, while stating that Beijing had “condemned” the research report.

Earlier in the week, Philippine Defense Secretary Delfin Lorenzana said via a statement, “We are confirming and verifying these wastes being dumped. We consider such irresponsible acts, if true, to be gravely detrimental to the marine ecology in the area. Despite conflicting claims and interest by states in the South China Sea, all nations must be responsible stewards of our natural resources and environment.”

The Philippines has become increasingly vocal about the presence of hundreds of vessels it said it believes are Chinese maritime militias. However, by Thursday, the Philippine government seemed to come to the defense of the Chinese, after it was found that one of the photos of a ship seen dumping waste was actually taken near the Australian Great Barrier Reef in 2014.

“Therefore, this intent to mislead has cast great doubt on the accurateness of the Simularity report,” Lorenzana added in a follow-up statement.

However, the U.S.-based software and AI company said a Manila news agency had misidentified an old photograph as part of the research into the South China Sea, and that it wasn’t part of the actual report. It has stood by its report, and Derr has maintained that this is a serious issue.

“Even small increases in nutrients can tip the balance towards algae, said Derr, who added that the effect was being made worse by overfishing in the region.

It is the human waste that is piling up that is the real problem, she warned. “This is a catastrophe of epic proportions and we are close to the point of no return,” Derr stated, concluding: “This needs to stop immediately. China, stop s***ting on the Spratlys.”