Back in April 2020 the press office of Rostec announced that the first deliveries of the upgraded 2S7M ‘Malka’ 203mm self-propelled artillery gun have been made to the Russian Army. This is the latest upgrade of the 2S7 ‘Pion,” which was developed in the 1980s. It was designed to strike vital enemy targets and facilities in the tactical depth behind the front line.

“Uraltransmash has delivered the first 2S7M ‘Malka’ upgraded self-propelled artillery gun to the Defense Ministry of Russia,” the company said in a statement as reported by Tass, Russian state media. “The upgraded weapon has received new running gear and electronics, which have significantly enhanced its performance characteristics.”

The weapon platform has been described as among the most powerful self-propelled guns in the world – where “one shot of the 203mm weapon can fully destroy a building used as a stronghold.” The 2S7 was designed with no turret, while the gun is located at the back of the tracked undercarriage. The rounds of munitions for the platform include breach-loading projectiles with variable charges.

Rostec, the Russian state-owned holding conglomerate that is headquartered in Moscow, announced on April 7 the completion of work on the first upgraded self-propelled artillery gun. The weapon platform’s gearbox, distribution mechanisms and power supply units were upgraded, along with the intercom equipment and radio system.

After the upgrade process, the Malka underwent a full cycle of trials that included both running and firing tests, which checked the characteristics for its mobility, the chassis, powerplant and transmission durability. The field tests also focused on the reliability of the platform’s loading and fire control mechanisms and the strength of the 2A44 gun.

“This is one of the world’s most powerful self-propelled guns designated to strike vital enemy targets and facilities in the tactical depth of defense behind the front line,” said Uraltransmash CEO Dmitry Semizorov. “Now the delivery of upgraded guns has begun for the Defense Ministry. Uraltransmash faces a serious task of implementing the serial upgrade of this weapon under the 2020-2022 defense procurement plan.”

While described as one of the most powerful self-propelled artillery guns in the world it hasn’t been widely tested in actual combat. The Pion was never used by the Soviet military in an armed conflict, and the platform was mostly supplied to units of the Soviet Red Army in East Germany. All Pion and Malka guns were redeployed back in Russia after the Conventional Forces Europe (CFE) Treaty was signed.

The only known use of the 2S7 self-propelled artillery gun was in the war in South Ossetia when Georgian military units used a batter of six of the weapons. All were hidden when the Georgian forces retreated, and one of those was captured by Russian troops and taken as “war booty,” while the others were destroyed. There have also been reports of the 2S7 being used by the Ukrainian Army, but those this has not been confirmed. 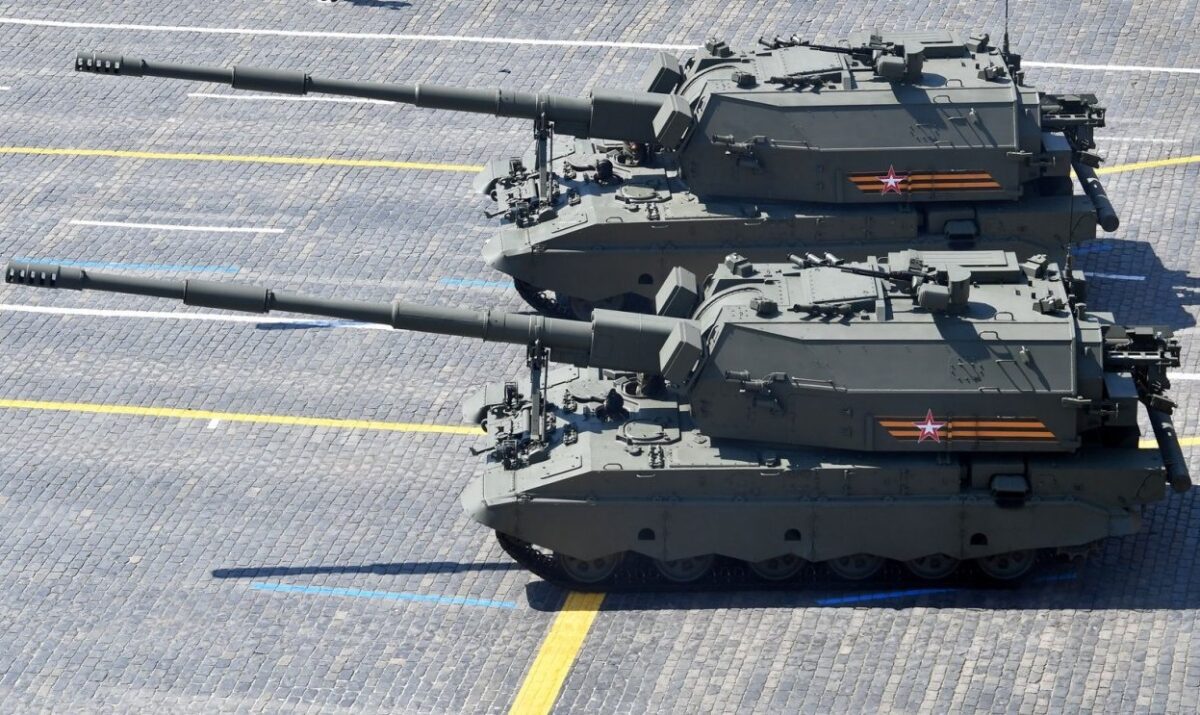