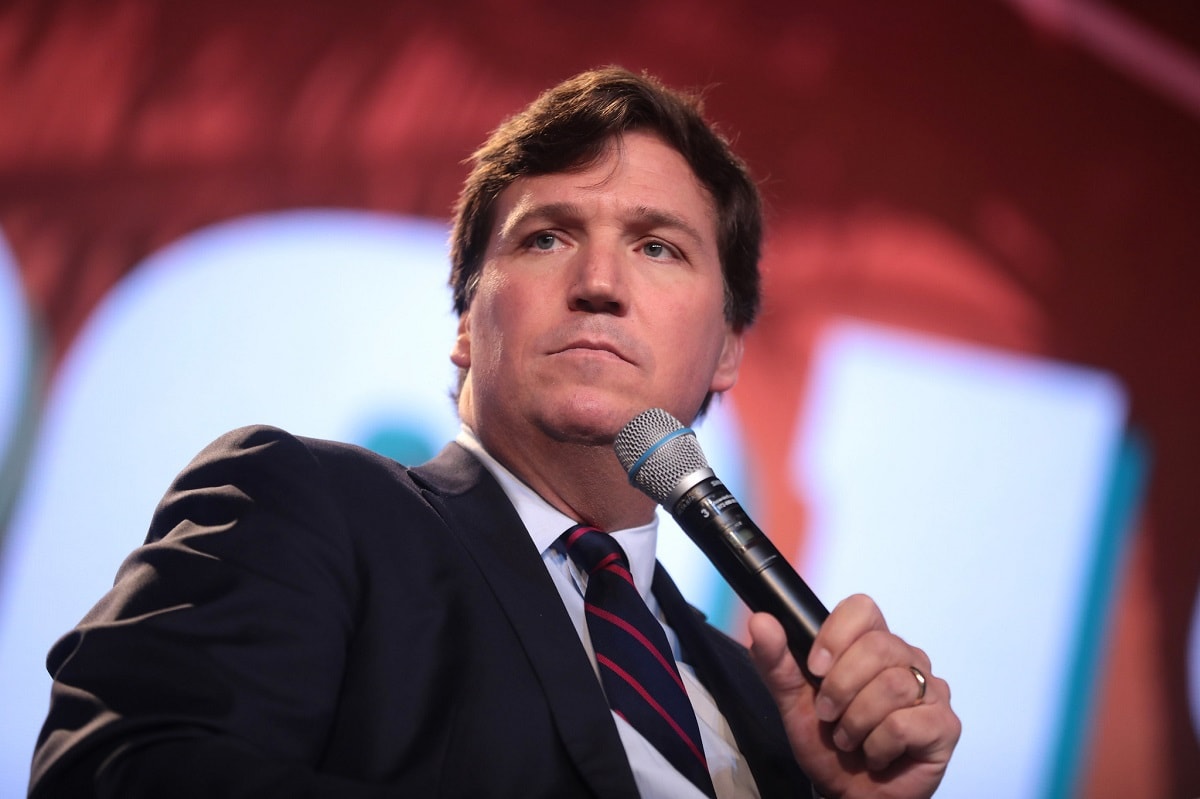 Cable television host Tucker Carlson has leveled an explosive charge at the National Security Agency: He claims the spy agency has been snooping through his e-mails and text messages as part of plot to discredit Carlson and his eponymous Fox News program. The NSA took the rare step of issuing a public statement denying that Carlson had been an intelligence target, and his own network—both its executives and its news division—has been conspicuously muted about the allegations. So what’s going on here?

Based on the publicly available facts, I feel reasonably confident about three things: First, Carlson’s sensationalist version of the story—that he was illegally targeted by the Biden administration in service to some political vendetta—is pretty unlikely to be true. Second, it is not only plausible but quite likely that some of Carlson’s communications were nevertheless intercepted by NSA. Third, on the currently public facts, it not clear whether anyone at NSA or within the broader Intelligence Community did anything improper, let alone unlawful— and this should in itself be disturbing, because it illustrates how dangerously broad our foreign intelligence surveillance authorities have become.

Let’s start with those public facts. Carlson says he was approached by a whistleblower from within the federal government who alerted him that certain of his communications had been reviewed by NSA, proving these claims by providing details that could only have come from Carlson’s private e-mails and text messages. The host concluded that NSA had been “monitoring our electronic communications and is planning to leak them in an attempt to take this show off the air.” A few days later, Axios reported that Carlson had been seeking, via two “Kremlin intermediaries,” to secure an interview with Russian president Vladimir Putin, and that government had become aware of his outreach. Carlson had in turn learned of this, prompting his charge of illicit spying. In the aftermath of the Axios story, Carlson claimed vindication: Not only had he been spied on, he argued, but NSA had been leaking the details of his communications in an effort to discredit him.

I’m skeptical of Carlson’s framing, though not because it’s inconceivable in principle that American intelligence agencies might illegally target journalists or political enemies. They have a long and sordid history of doing precisely that, most notoriously during J. Edgar Hoover’s disgraceful tenure as head of the FBI, which spawned a long-running project, known as COINTELPRO, dedicated to targeting domestic dissidents. Yet Carlson’s theory of the case doesn’t make a ton of sense. He says NSA planned to leak his attempts to secure a Putin interview in order to “paint me as a disloyal American… [a] stooge of the Kremlin, a traitor doing the bidding of a foreign adversary.” That sounds like a singularly bad plan: Putin has been interviewed many times by mainstream American reporters, including Carlson’s Fox colleague Chris Wallace back in 2018, and NBC News just last month. It is hard to think of a more ineffective smear than “television host seeks interview with foreign leader”—a fact that the host presumably intends to become public anyway when the interview is aired. And it is similarly hard to think of a riskier target—one more apt to provoke both internal and external scrutiny—than a well-known conservative media figure. NSA has no lawful way of directly targeting an American within the U.S. without the involvement of the Foreign Intelligence Surveillance Court and several layers of Justice Department review. So the most exciting version of the story is that intelligence officials were prepared to hazard disgrace and prosecution for the sake of… possibly embarrassing a television infotainer? Stranger things have happened, but it doesn’t seem at all likely.

Here is a much more plausible scenario: NSA was spying on the Russian government or its agents—which might well include the “Kremlin intermediaries” to whom Carlson had reached out—under any one of a number of different applicable authorities, depending on the identity of the specific target and where they were located. In the process, they “incidentally collected” Carlson’s communications—either directly from the “intermediaries,” who may have been targeted as “agents of a foreign power” pursuant to a Foreign Intelligence Surveillance Act order, or indirectly, when those intermediaries then passed on Carlson’s interview request to officials who could convey it to Putin, which would not require any court authorization. The information that Putin was considering another U.S. media appearance might not be terribly exciting, but it would nevertheless qualify as “foreign intelligence” as that term is broadly defined, and disseminated in reporting to any number of NSA clients.

Carlson has acknowledged this possibility, but claimed that it would nevertheless be illegal if the reports had included his name or identifying information, or had allowed his identity to be “unmasked” subsequently by request. That is a natural intuition—that information about U.S. persons picked up by the government, even in the course of legitimate surveillance, ought to be strongly legally protected. Alas, that’s not true either. In reality, while U.S. person identities are supposed to be “masked” by default under standard “minimization procedures,” this is a fairly weak requirement. U.S. person identities can be included in reporting whenever it’s deemed necessary to provide proper context for the intelligence being reported, or “unmasked” by specific request later. Both of these things are extremely common.

We have unmasking statistics for just one of the many surveillance authorities the Intelligence Community employs: §702 of the Foreign Intelligence Surveillance Act. Last year, NSA disseminated 2,648 reports initially containing “masked” U.S. person identities, and 1,351 reports in which at least one U.S. person’s identity was openly included. But many of those initially masked identities did not remain masked. In 2020, NSA subsequently “unmasked” 9,354 U.S. person identities in response to a specific request from another agency. In 2018, the number was a whopping 16,721. If you find those numbers disturbing, join the club. But unmasking is neither unusual nor illegal.

One charge remains, and here it’s harder to say whether Carlson’s complaint is accurate. He says a journalist contacted him—presumably referring to the Axios story, though other outlets may have had it—with knowledge of his communications about seeking an interview with Putin. This, he avers, shows that someone in the Intelligence Community had leaked details of his private communications to the press in an attempt to discredit his charges against NSA. That would indeed be both scandalous and unlawful if it were true. But it’s not clear from the Axios story itself whether it was based on information from a government source. Carlson says he told his executive producer about his outreach to Putin, which means at least one other person at Fox was aware of the communications, and may have shared that information with others. And of course the recipients of the communications would have been aware of them as well, as well as any Russian officials involved in subsequently entertaining the interview request. For intelligence officials to leak those details in order to disrupt an unfavorable story would indeed be a serious abuse of power, but given the numerous other potential sources, we can’t as yet say with any confidence whether that’s what occurred.

In a sense, Carlson’s sexier framing of the story is also more comforting: Bad actors are abusing their powers in violation of the law—but that’s a simple problem that can be fixed by identifying the bad actors and firing or prosecuting them. The probable reality is both more mundane and more chilling: We have given our intelligence agencies vast surveillance powers, with bipartisan support, hemmed in by gossamer-thin safeguards that, as in the case of “masking,” are routinely bypassed perfectly lawfully. If the reality of intelligence collection and dissemination sounds like it must be a scandal, like it surely has to be illegal… then it is within our power to change the law so that it is.