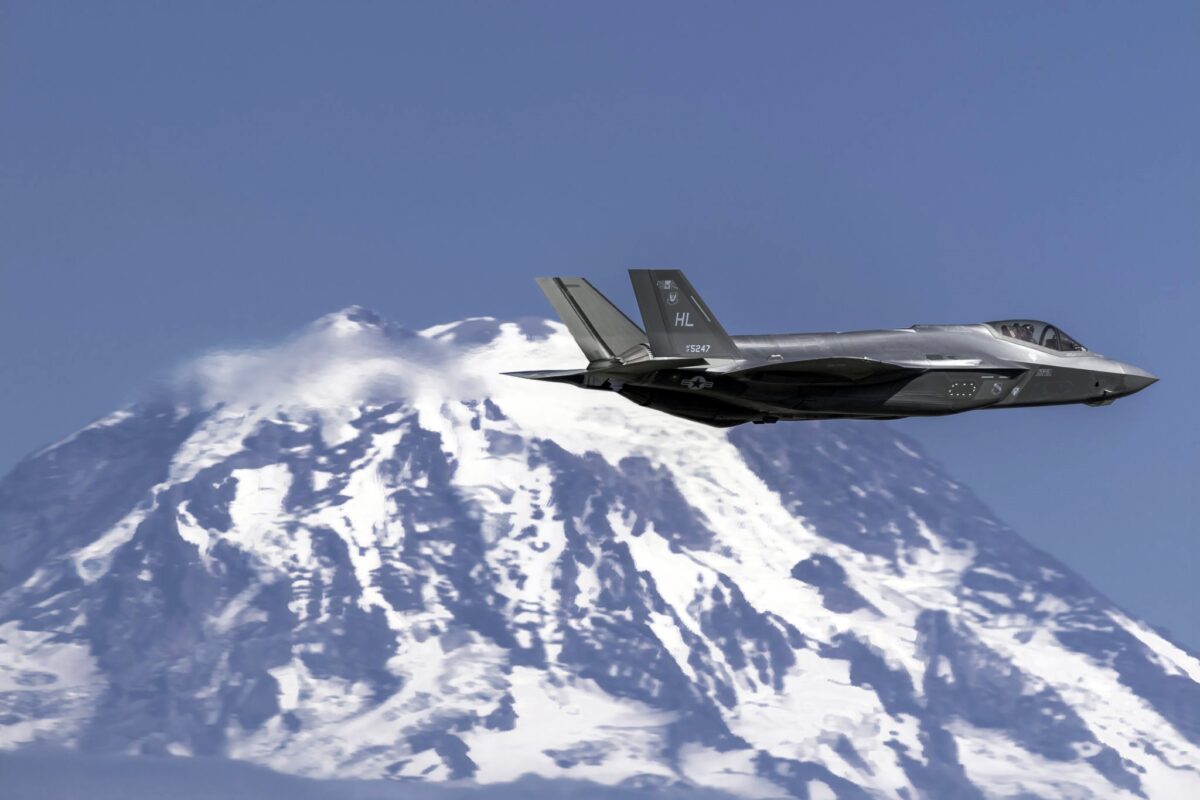 An Airman of the F-35A Lightning II Demonstration Team flies the F-35A in front of a mountain near Tacoma, Wash., on July 5, 2021. The demonstration team headlined both the Gig Harbor Wings-and-Wheels and Tacoma Freedom Fair air shows for the Fourth of July weekend, showcasing the advanced capabilities of the F-35 to the Pacific Northwest. (U.S. Air Force photo by A1C Jake Welty)

There is little denying that the state-of-the-art Lockheed Martin F-35 Lightning II has made its fair share of news over the years. Critics have been quick to pounce on the cost of the aircraft (which has come down), despite the fact that it has capabilities that no other aircraft even come close to providing. But now, some photos have circulated that could put the F-35 in the crosshairs of extreme environmentalist as it seems that in addition to being an aircraft with an extremely low radar signature, the Lightning II can make snow disappear or perhaps melt it.

This week a United States Air Force photo was released that showed the aircraft flying over a mountain peak near Tacoma, and it does appear that the jet is actually melting the snow. Autoevolution reported, “In the background we see the snowy slopes of a mountain, with its peak somewhat distorted, as if melted, by the heat generated by an aircraft engine.”

The photo was taken in July by Airman 1st Class Jake Welty, when the fifth-generation multirole combat aircraft was taking part at the Gig Harbor Wings-and-Wheels and the Tacoma Freedom Fair, and was picked to be the automotive news website’s “photo of the day” section. However, it was an illusion – which Autoevolution noted, and just one of eight photos that showed the aircraft taking to the skies.

Let’s Talk About Those F-35 Engines

The Pratt & Whitney F135 engine on the F-35 is quite powerful, allowing the aircraft to reach speeds of Mach 1.6 and altitudes of 50,000 feet (15,000 meters), but it can’t melt snow any more than any other engine and certainly not simply by flying over a mountain range.

According to Pratt & Whitney, “The F135 delivers unrivaled performance to the warfighter, enabling operations in the most advanced threat environments and redefining what’s possible for our customers and their missions.” But it didn’t say anything about its ability to melt snow.

There are also two main variants of the F135 engine, a Conventional Take-Off and Landing (CTOL), including the F135-PW-100 which is used in the F-35A, and the F135-PW-400 used in the carrier-based F-35C models and it features salt-corrosion resistant materials; and the two-cycle Short Take-Off Vertical Landing (STOVL) F135-PW-600 version that is used in the F-35B. The latter model utilizes a forward lift fan. All of the respective variants can produce around 40,000 lbf of thrust.

The two former models include a two-spool, axial flow, augmented turbofan and features a 3-stage fan, with 6-stage high-pressure compressor; while the latter version is also a two-spool, axial augmented turbofan but with a shaft driven remote lift fan, as well as a 3 stage, 6 stage high-pressure compressor and 2 stage, contra-rotating, shaft driven lift fan. 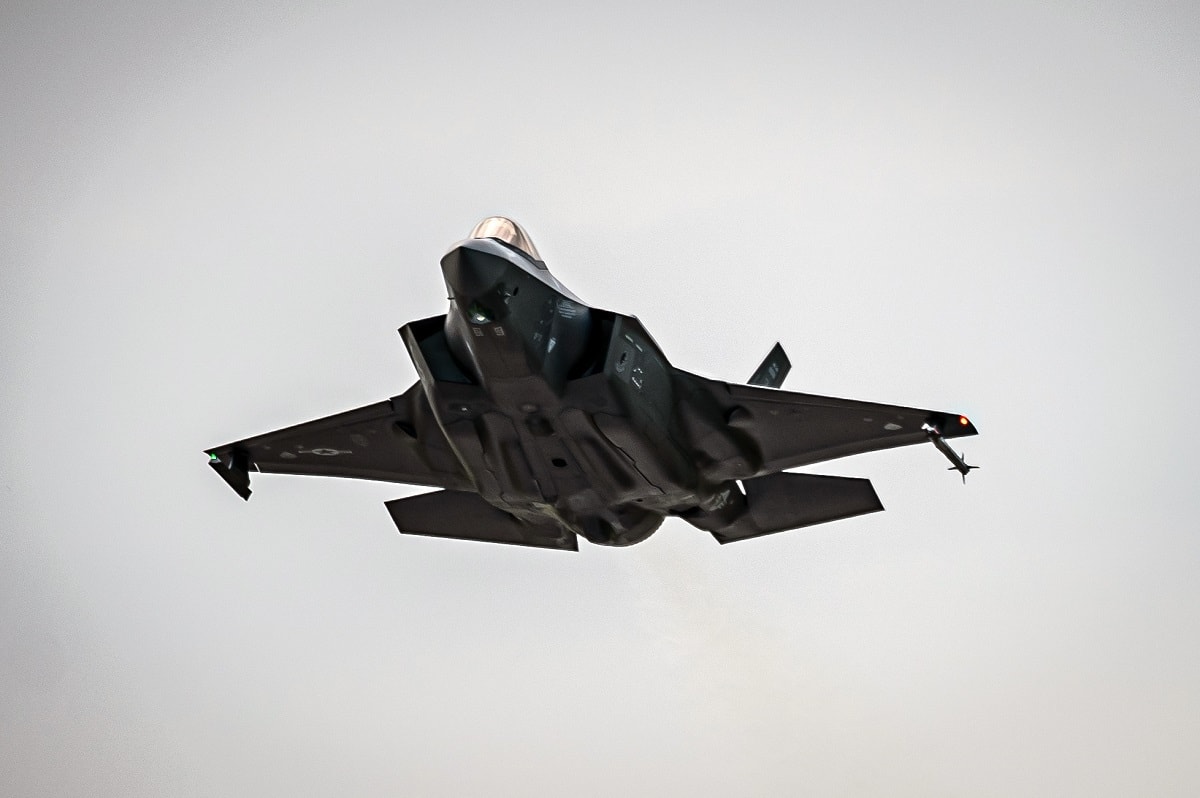 The F135 engine was actually developed from the Pratt & Whitney F119 engine that was employed on the Lockheed Martin F-22 Raptor. Despite the F119 being used in the previous Lockheed Martin stealth aircraft, the F135 actually competed with the General Electric/Rolls-Royce F136 during the aircraft’s development.

Earlier this year it wasn’t melting snow that cast the engine in the spotlight, but rather shortages of key components, which lead to production delays of the F135, but those have seemed to have been resolved.