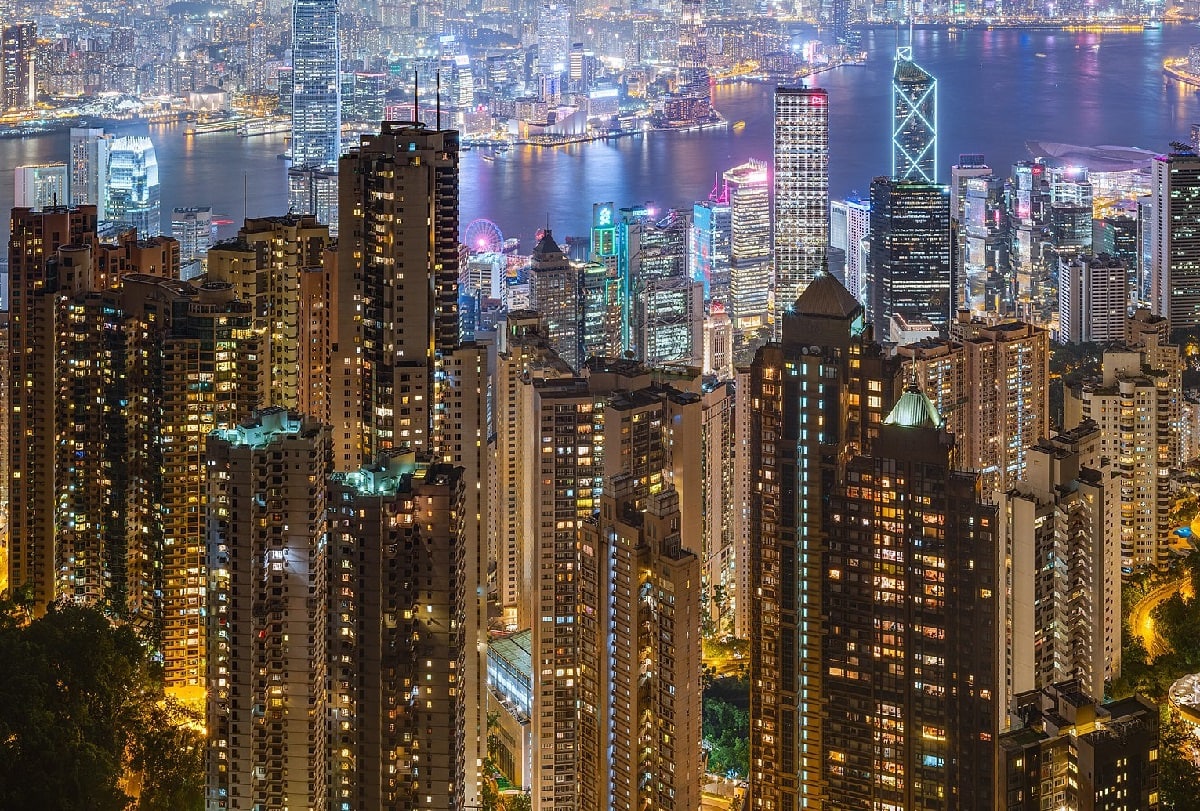 Hong Kong harbour and skyline, seen from Victoria Peak on a rainy night of June 2019.

Hong Kong has experienced a series of unexpected political developments since 2019. The government proposed a new extradition law that would have allowed Hong Kong residents to be extradited to mainland China, which triggered months of protests and social unrest.

In mid-2020, the Chinese government passed a new national security law in Hong Kong and arrested a number of opposition candidates and activists. Shortly after, the Hong Kong government postponed its Legislative Council election for a year and in 2021 amended electoral rules to further curb the influence of the opposition.

Political disputes, among other factors such as cramped living spaces, have pushed the people of Hong Kong to consider migration. According to a Chinese University of Hong Kong survey conducted in September 2020, 44 per cent of respondents indicated they would emigrate if they had the chance. Of those respondents, 35 per cent had acted to prepare for the move. These percentages represent significant increases compared to the year before. Of those who are inclined to emigrate, the three most popular destinations of choice are the United Kingdom (23.7 per cent), Australia (11.6 per cent) and Taiwan (10.7 per cent).

Under this new route, the UK government estimates that 5.4 million Hong Kong residents, or 72 per cent of Hong Kong’s estimated residential population, will be eligible to move to the United Kingdom. The UK government forecasts that the new visa may attract more than 300,000 people, with around 140,000 arriving in the first year. In the first three months of 2021, the United Kingdom received 34,000 applications.

Canada has also opened a new immigration pathway. Under its visa rules, any Hong Kong resident who has graduated from a Canadian university or holds equivalent foreign credentials obtained in the past five years can apply to work in Canada for up to three years. Since its launch in February 2021, 6000 applicants have applied for this initiative.

A back-of-the-envelope calculation using UK government forecasts and destination preferences (which indicate that a quarter of potential migrants would choose to move to the United Kingdom) suggests that total emigration from Hong Kong may reach 1.2 million people, or 16 per cent of the population. While the estimate is subject to large uncertainties, emigration at such a large scale would have enormous implications for Hong Kong’s economy.

The exodus would reduce the labour supply in the city and domestic demand for goods and services. When people emigrate, they may also leave together with their wealth. Bank of America predicts capital outflow to reach as much as HK$280 billion (US$36 billion) this year. With a deposit base of roughly HK$15 trillion (US$1.9 trillion), the outflow appears manageable. There is no evidence that emigration is depressing property prices either. As long as the city does not impose capital controls, people abroad can manage their wealth remotely.

The demographic effect depends heavily on which part of the population moves. While systematic data is unavailable, some evidence suggests that families with young children are more likely to exit. More than 19,000 students from primary and secondary schools, or 3 per cent of the total student population, dropped out in 2020–2021, twice that of the previous year. Students and parents have expressed worries about the latest education reform, which includes the promotion of national security and an overhaul of liberal studies in schools. It is likely that these students would migrate with their parents, who are mid-career and tend to be well-educated.

Another group of people more inclined to find opportunities elsewhere are young individuals at the beginning of their careers. A recent survey suggests that a quarter of university-educated people under the age of 35 were planning to leave the city. The departure of these educated individuals and families would mean a loss of valuable human resources, which are vital for Hong Kong’s knowledge-driven, service-based economy.

Even if some people leave, others will arrive. The Hong Kong government argues that the national security law restores the city’s political stability and long-term prosperity. A number of international banks have announced plans to expand operations and increase hiring in Hong Kong. It appears that Hong Kong will remain a key financial hub and will continue to attract financial professionals from all around the world.

In a recent question-and-answer session in the Legislative Council, Chief Executive Carrie Lam said that the demographic situation is not a cause for major concern. Hong Kong is heading towards further integration within the Greater Bay Area, an area that includes nine municipalities in Guangdong Province and Macau, with a total population of over 72 million. Attracting young talent from the mainland may be an effective solution to Hong Kong’s population woes.

Vera Yuen is Lecturer in the Faculty of Business and Economics at the University of Hong Kong.

Vera Yuen is Lecturer in the Faculty of Business and Economics at the University of Hong Kong.