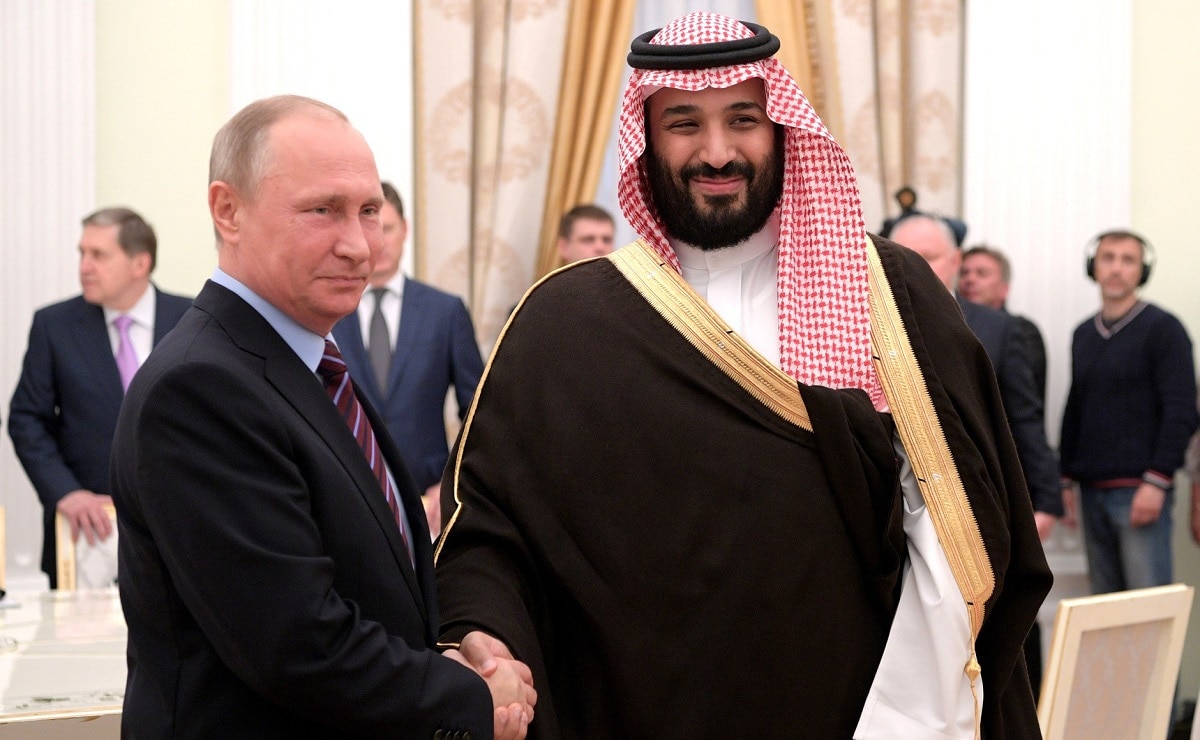 Increasingly, Russia and China are courting nations that have long relied on the United States as a security partner. Saudi Arabia and Russia recently signed an agreement reinforcing security cooperation ties between the two countries.

The Saudis aren’t the only allies and partners open to developing new defense ties and reducing their ties to the United States. With our global competitors vying for the affections of our allies and partners, how can America ensure that security cooperation will remain an effective lever of U.S. power? For starters, a little pragmatism is called for.

In contrast, Riyadh has collaborated with Moscow only sporadically in recent years, including a $3 billion deal in 2017 that stalled out and a yet-unimplemented agreement allowing Saudi Arabia to produce Kalashnikov rifles domestically. The Saudis recent move to re-engage Moscow demonstrates that the market for security cooperation has become a strategic field in which the United States must compete against its major rivals.

Annual U.S. security cooperation efforts amount to about $16 billion, encompassing arms sales, capacity building, and other forms of military aid. Over the last five years, about 93% of all Foreign Military Financing funds were directed to partner nations in the Middle East, with 81% going to just three countries: Egypt, Israel, and Jordan. Agreements and accords like the Camp David Accords play a role in boosting these numbers.

Certainly, the U.S. has many vital interests in the Middle East, but should that region command 93% of all U.S. cooperation interests? The time is ripe for U.S. leaders to seriously review the role of cooperation in U.S. defense strategy in light of competition with Russia and China.

The disastrous withdrawal from Afghanistan has severely damaged foreign perceptions of the value of having the U.S. as a security partner. After the United States’ 20 years of training Afghan forces, conducting combined operations, and providing personnel and material support, Afghanistan’s rapid fall and the chaotic evacuation have stirred doubts about whether the United States can be depended upon.

As the United States backs out of the Middle East, Russia is leaning forward to expand its footprint in the region. Russian President Vladimir Putin actively markets Russian arms and defense articles as a cheaper, more accessible option than those of competitors. Though generally inferior in quality, Russian weapons do not come with the layers of security stipulations, human rights protections, and end-use monitoring that accompany U.S. arms.

For example, in 2014, the United States rejected a request to sell Cobra attack helicopters to Nigeria over concerns of human rights abuses against suspects involved in the conflict with Boko Haram. That same year, Russia delivered six Mi-35M combat helicopters to Nigeria. This past February, the Biden administration suspended indefinitely two precision-guided munitions sales to Saudi Arabia over concerns regarding human rights abuses. This month, the Pentagon also removed the Terminal High Altitude Area Defense and Patriot missile defenses that had been stationed at Prince Sultan Air Base. The future of U.S. arms transfers to Saudi Arabia is now uncertain.

U.S. delays or cancellations of arms transfer agreements can lead other nations to view Washington as a less reliable and less desirable security partner, prompting them to seek new security relations elsewhere. While the U.S. should not compromise its core principles, there is also balance to be found in dealing with the world in which major powers compete for influence, access, trade, and security. In an ideal world, all-or-nothing policies could exactly match the values we prize at home and wish others did too, abroad. But the world is not ideal, thus pragmatism has a place.

Policymakers must determine how much security partnership diversification we can tolerate. Partners like Turkey, which has opted to purchase advanced air defense systems from Russia, and Saudi Arabia demonstrate that countries will seek other suppliers for their defense needs when the U.S. is reluctant to do so. Even Germany has shown a willingness to partner with a primary competitor, incorporating Russian navigations systems on ships in its navy.

Now is the time for U.S. leaders to address key questions that fundamentally shape how the nation conducts its foreign policy and national security missions around the globe. How can the U.S. brand of security cooperation become more competitive without compromising on its core principles? As a tool that is fundamentally designed to support our national defense, any recasting of our security cooperation efforts would do well to ensure that the practical realities of these programs align with their stated strategic objective – security of the U.S.

Janae Diaz is a research assistant in the Margaret Thatcher Center for Freedom at The Heritage Foundation.