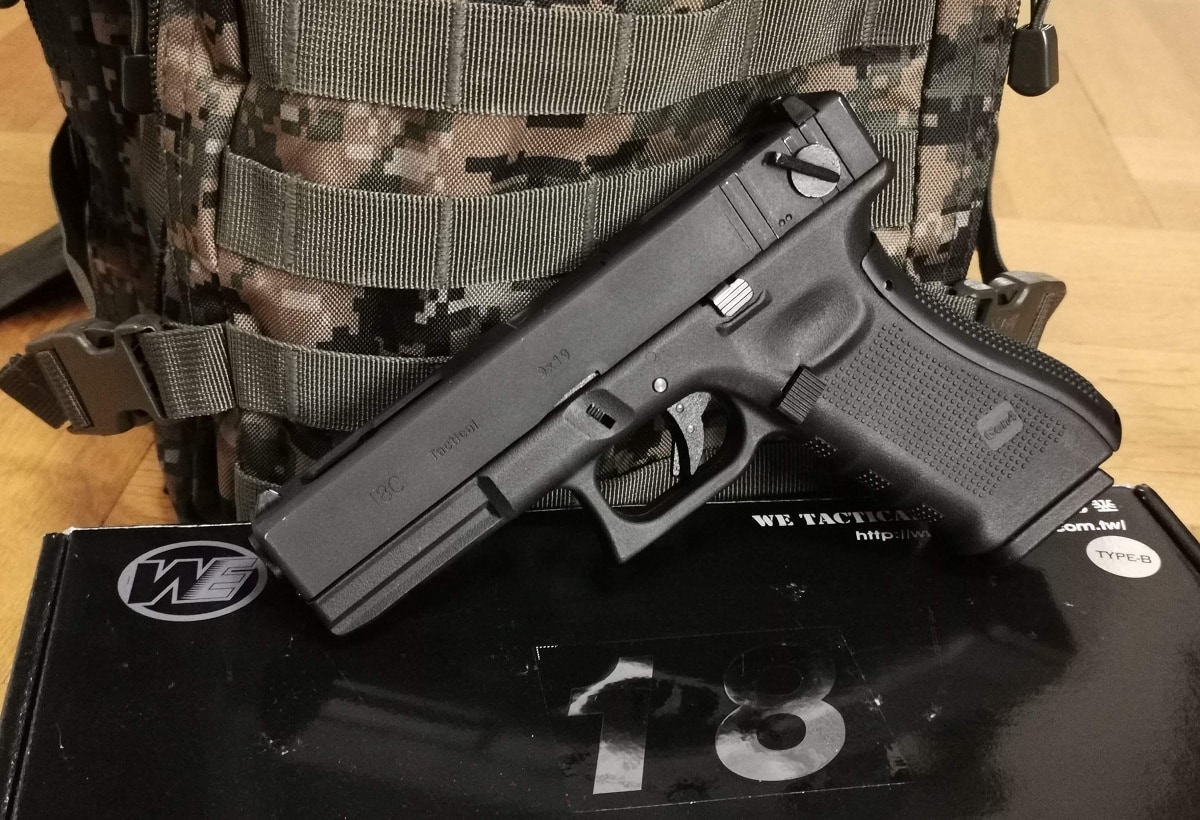 Steven Seagal never reached the iconic status of Arnold Schwarzenegger, Sylvester Stallone and Bruce Willis as a Hollywood action star, and some of his films are best left forgotten. Among his films that failed to resonate with audiences was 2001’s Exit Wounds, which starred Seagal as a disgraced Detroit Police Department detective. The movie features numerous plot holes and bad dialog, but it is also the first film to feature the Glock 18, a select-fire version of the Glock 17.

According to some reports, the Glock 18, which could operate as a full-automatic pistol, was developed to meet the requirements of the Austrian military’s counter-terrorism unit EKO Cobra. Production of the Glock 18 began in 1982, just two years after the original Glock 17 was first developed, and even now it is one of the few automatic pistols currently in production.

The select-fire 9x19mm Parabellum machine pistol-class firearm has been used by some U.S. Army units, as well as in a limited capacity by some law enforcement SWAT teams. It features a lever-type fire-control selector switch, which is installed on the serrated portion of the rear left side of the slide. When the selector lever is placed in the bottom position the pistol fires fully automatic, and it has a cyclic rate of fire of 1,200 rounds per minute. Given that 17, 31 and 33 round magazines are available it is easy to see that the gun needs to be fired on short bursts or else would be emptied in mere seconds.

At the time of its introduction, it was lighter than similar automatic pistols – and the weight reduction was achieved by making 80 percent of the parts, including the frame out of a polymer. The only metal parts of the Glock 18 are the barrel and trigger mechanisms, and while it utilizes a polymer frame it can operate in a temperature range of -40°C to +200°C.

The weapon’s effective range is just 50 meters, and it features fixed stocks. The automatic pistol can also be fitted with a detachable shoulder stock to add stability and increase accuracy, but again the key to both is shooting in short controlled bursts.

The Glock 18 in the Movies

Exit Wounds may have marked the first appearance of the Glock 18, it wasn’t the last. However, unlike other Glock handguns – notably the G17 and G19 – its appearance in movies and TV has been limited due to the fact that only a few armorers in the industry have access to the weapon. As it didn’t enter the market until 1987, few if any are actually available for private ownership due to restrictions on the production of newly made machine guns after May 19, 1986 with the passage of the Firearms Owners Protection Act.

Specially modified Glock 17s have been converted to fire full-auto in a number of films including Mr. & Mrs. Smith (2006), The Dark Knight (2008), John Wick (2014) and Jack Reacher: Never Go Back (2016). These films no longer have semi-automatic fire mode, and lack the selector switch seen on actual Glock 18s. As the Glock 17 and Glock 18 are similar in design, yet have parts of different dimensions that aren’t interchangeable, it isn’t entirely clear how the Glock 17s are modified. According to one armorer, these firearms can work with blanks but would be unable to fire actual live 9mm rounds – which is probably good news for the ATF.

Note: The image is of a replica version of a Glock 18. Image provided via Creative Commons.