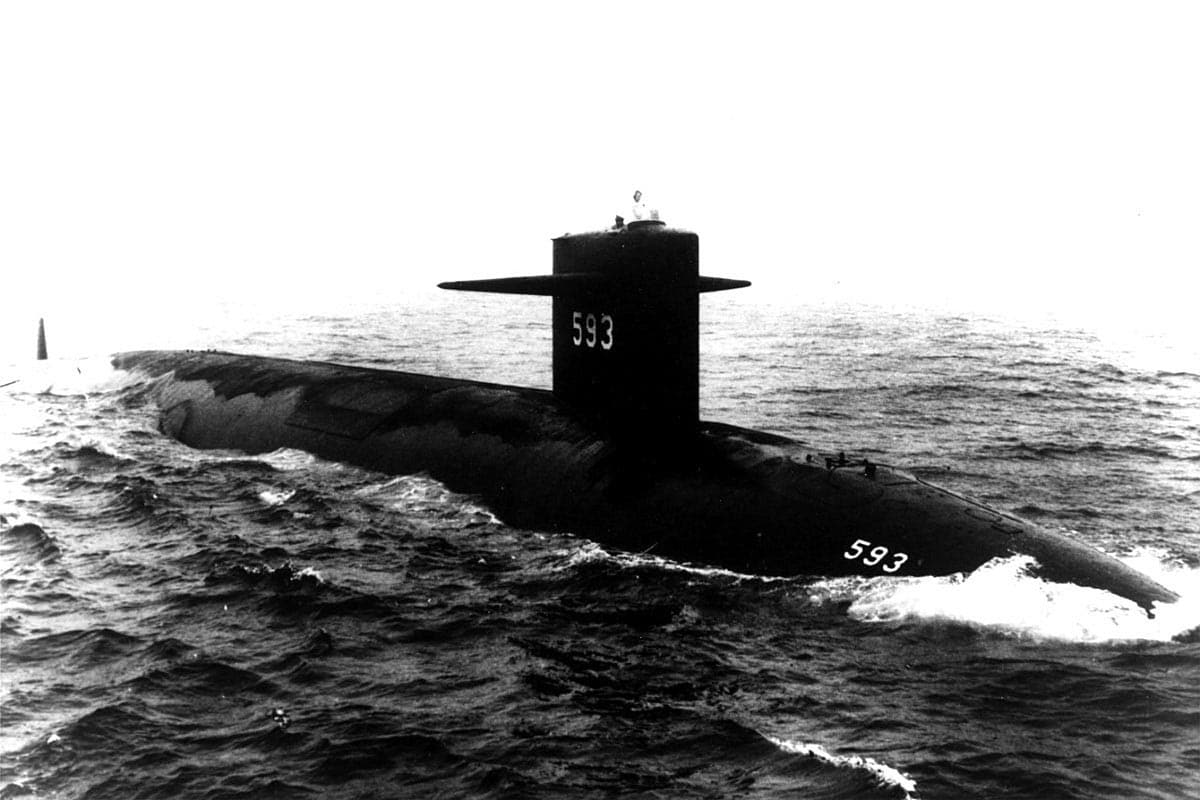 Last fall, the U.S. Navy began to release documents from the investigation into what was the deadliest submarine disaster in U.S. history. However, in September when the first 300 pages from the official inquiry into the sinking of the USS Thresher (SSN-593) were released, the Navy said the documents—released under a court order—revealed few new details on the causing of the sinking.

Last February, U.S. District Court Judge Trevor McFadden ordered the Navy to start to release material related to the lost submarine after U.S. Navy Capt. James Bryant, Retired, had sued the Navy in 2019 to force the release of unclassified investigation documents detailing the submarine’s operation during its final dive. The Navy had previously refused to grant Bryant’s request for records under the Freedom of Information Act.

Bryant was a former commanding officer of the submarine and after retiring from the Navy began to investigate the cause of the sinking—arguing that the even six decades after the loss of the boat, there were valuable lessons to be learned, USNI News reported.

The Navy has maintained roughly 3,600 Thresher-related documents and argued that a classification review was required. After the ruling it took until the autumn for the first of the documents to be released—and as expected, so far little new information has been discovered.

However, the event has never been forgotten.

“The loss of Thresher was a defining event for the submarine service,” said Rear Adm. William Houston, director of the undersea warfare division in the office of the chief of naval operations at the Pentagon, according to a story in the NavyTimes.

It was on April 10, 1963 that the U.S. Navy’s nuclear-powered submarine sank in the Atlantic Ocean with all hands off the coast of New England. One hundred and twenty-nine sailors and civilians were lost when the submarine unexpectedly sank to the sea floor during drills off the coast of Cape Cod. USS Skylark (ASR-20), which was also participating in the drills, received a communication from Thresher that stated that the submarine was experiencing minor problems. That was the last that anyone heard from the doomed sub.

SSN-593 was the lead boat of a class of 3,700-ton nuclear-powered attack submarines. She was built at Portsmouth Naval Shipyard in Maine, and was commissioned in 1961 when it began its sea trials including weapon tests in the western Atlantic and Caribbean Sea. After completion of the tests, Thresher returned to her builders for an overhaul.

It was soon after that the submarine was undergoing post-overhaul trials and was accompanied by the submarine rescue vessel USS Skylark. The submarine began conducting deep-diving tests and was lost. Mechanical failures and even Soviet interference have been suggested as the possible causes that lead to the sinking and loss of the submarine. However, a U.S. Navy investigation determined the most probable cause of the accident was a leak in its engine room, which may have resulted from corrosion in its pipes. That in turn may have caused electrical problems.

The disaster also forced improvements in the design and quality control of all U.S. Navy submarines. The Navy also established additional safety procedures, which included the adoption of the SUBSAFE Program. That required that each submarine pass a series of safety tests and since the completion of the effort, the Navy has suffered no further losses of the kind that tragically ended the brief service career of Thresher.

“The loss of Thresher initiated fundamental changes in the way we do business—changes in design, construction, inspections, safety checks, tests, and more,” said Vice Admiral Bruce DeMars, the Navy’s chief submarine officer in 1988 marking the twenty-fifth anniversary of the loss of the boat. “We have not forgotten the lessons learned. It’s a much safer submarine force today.”