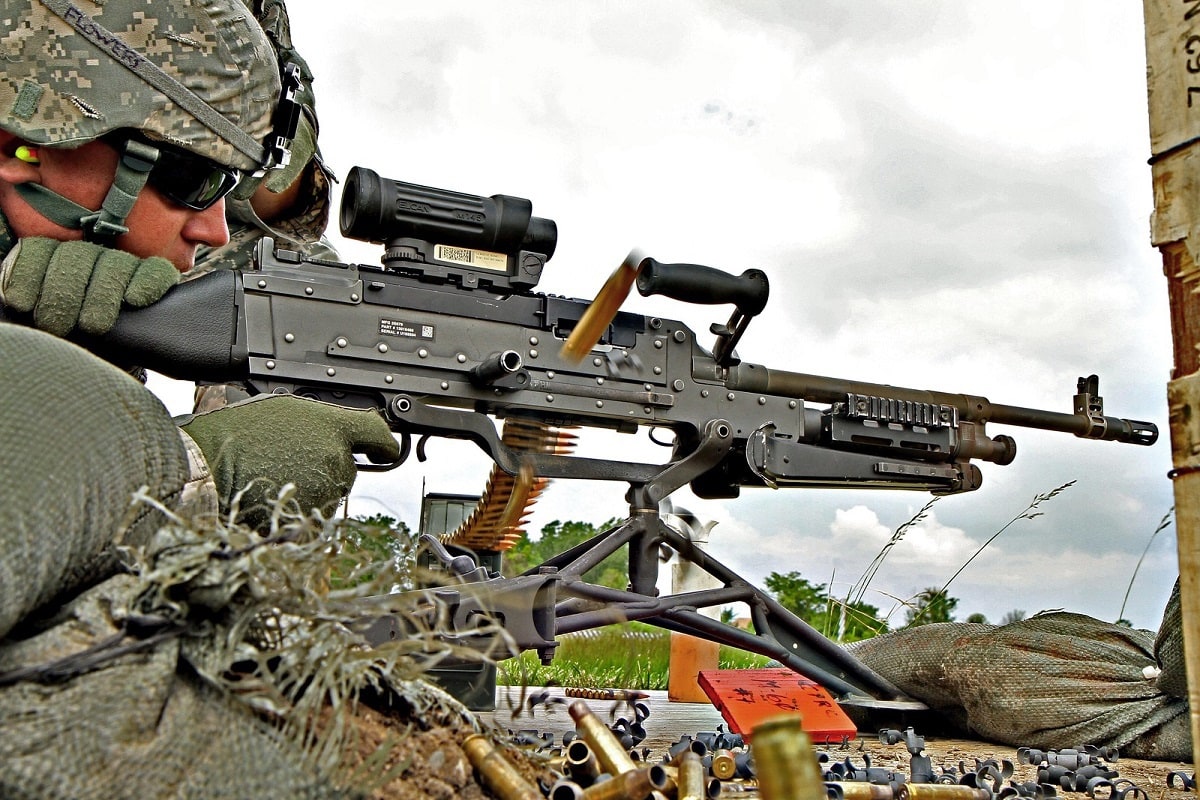 The average American shooter may still have trouble finding ammunition right now, but anyone who is worried about whether our warfighters are facing shortages need not fret. The military is supplied separately and in addition to having ample production now has modernized its inventory.

This month, one of the largest storage and distribution facilities for the U.S. Army has opened two new facilities that should help modernize the tasks completed at Crane Army Ammunition Activity, while also helping to create a safer work environment for its employees.

These improvements are part of the greatest transformation for the Army in the past 40 years.

“This ribbon cutting is about more than just opening another building. It’s about how our Army is undergoing its greatest transformation in more than 40 years,” said Gen. Edward M. Daly, commander of the Army Material Command, at last week’s ceremony.

“It’s about how we’re executing a 15 year, $16 billion plan to modernize the organic industrial base,” Gen. Daly explained. “It’s about our ability to surge quickly and match the speed of competition, crisis and conflict. And it’s about ensuring our warfighters have the munitions they need to fight and win.”

The Crane Army Ammunition Activity (CAAA) was established on October 1, 1977 as a result of the Single Manager for Conventional Ammunition Concept. Located in Crane, Indiana, it produces and provides conventional munitions requirements in support of the U.S. Army and Joint Force readiness. It is one of 17 installations that make up the Joint Munitions Command, as well as one of the 23 organic industrial bases under the U.S. Army Material Command.

The two new facilities that were open last week include a state-of-the-art plating shop and a centralized receiving building. Both have been a long time coming for Crane Army, and took more than a decade of design, funding and construction. To have both completed at roughly the same time was also notable as it wasn’t part of the initial plan when the respective projects began.

“The new plating shop has a production capacity three times the parts per shift of the previous facility, not only improving the rate at which the team can support warfighters but also eliminating the need for a double shift.,” said Brig. Gen. Gavin Gardner, commanding general of Joint Munitions Command. “It exceeds the industry standard for plating facilities and was designed to be expanded in the future to continue adapting to meet warfighters’ needs.”

The other new building is CAAA’s new receiving building, a first-of-its-kind centralized facility that will be used primarily for receiving inbound shipments of ammunition and explosives. The building now features in-house bays for inspection and quality assurance along with nearby storage facilities in order to eliminate transporting shipments of munitions to multiple facilities on base. This can save Crane Army both time and money, as the newly modernized facility will also eliminate the double handling of munitions, while it will increase the speed in which employees can get materials back into inventory.

In addition to increasing how much employees can tackle in a day, the facility will ensure a safer work environment as it will no longer need to utilize forklifts and employees will have fewer things to lift.

“While we’ve spent a few years building shiny, new facilities on the installation, we’ve also worked hard to modernize the ways that we keep our people safe,” added Col. Santee Vasquez, commander of Crane Army Ammunition Activity, said. “From implementing robotic lines to upgrading equipment and personal protective equipment, we intend to maintain our workload at Crane Army while also improving the quality of life of our workforce.”