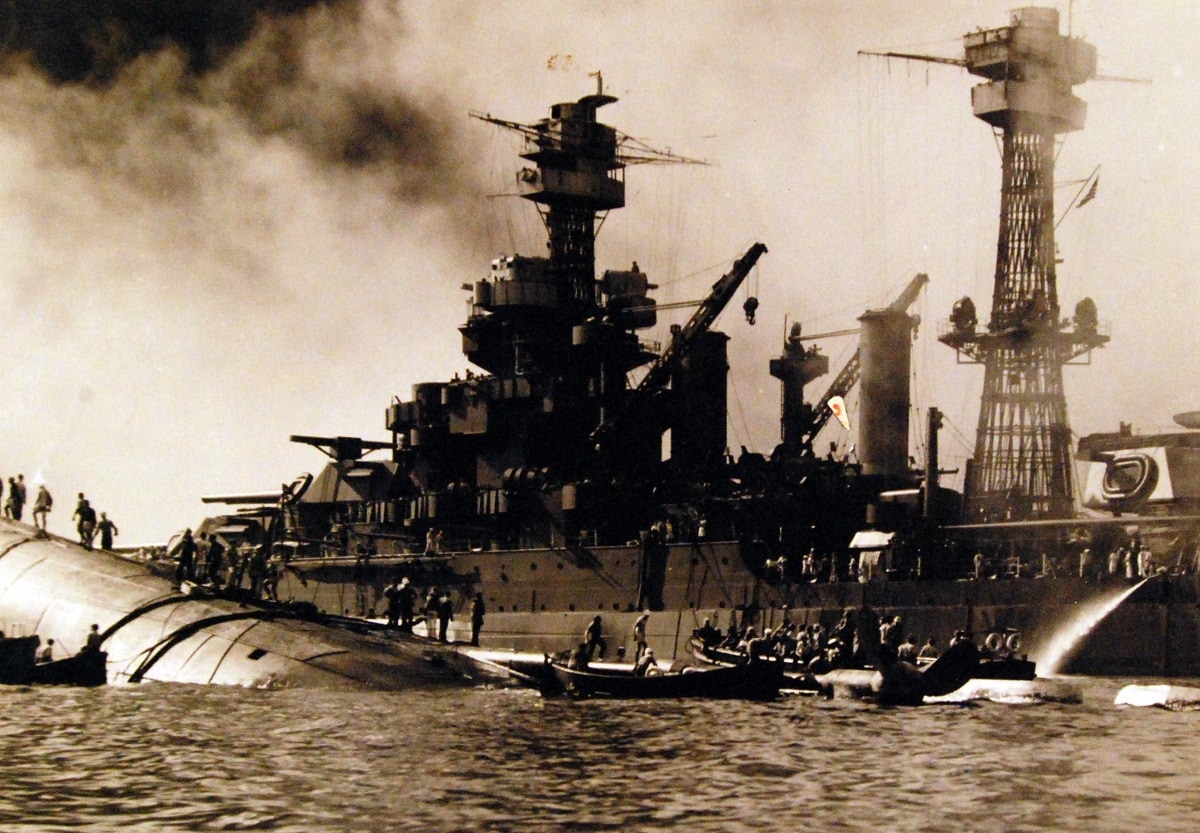 Around 5:30 a.m. on October 31, 1941, an explosion ripped through the US Navy destroyer USS Reuben James as it and other destroyers escorted 42 merchant ships across the Atlantic to Britain.

The explosion, caused by a torpedo that detonated the destroyer’s magazine, was so intense that the bow was completely blown off. The ship sank in about five minutes — so fast that no official order to abandon ship could be given.

It was the first US Navy warship sunk by enemy action in World War II, and the US wasn’t even at war when it happened.

The situation on the Atlantic was tense by fall 1941. Despite the US’s stated commitment to neutrality, President Franklin Roosevelt had taken a number of actions to help the Allies, especially Britain.

In October 1939, weeks after the war’s start, the US had established a neutrality zone extending some 300 nautical miles off the coasts of the independent countries of North and South America. US Navy patrols would broadcast the position of German U-boats, exposing them to Allied warships.

The US also supplied food and military equipment to Britain through agreements like the Destroyers-for-Bases Deal and the Lend-Lease Program.

By the end of September 1941, the US had expanded the neutrality zone and the patrols within it as far as Greenland, the defense of which the US had taken over. The US also occupied Iceland, at the request of Britain, and began escorting convoys there from Canada.

There had also been low-level combat between US and German forces.

Neither incident caused casualties, but the attack on Greer led Roosevelt to issue a “shoot-on-sight” order for any German or Italian warships in waters deemed to be “necessary for American defense.”

On October 17, 1941, the first US blood was spilled when the destroyer USS Kearny was hit by a German torpedo while escorting a convoy in the North Atlantic. Though the ship itself survived, 11 sailors were killed and 22 wounded.

A little more than a week after the Kearny attack, the U-boat U-552 was lurking off Iceland, approaching a convoy guarded by US warships. One of them was Reuben James, which was sent to investigate a suspicious signal near the convoy.

The US destroyer was between an ammunition ship and the U-boat when it was struck by a torpedo. It sank so quickly that in the early-morning darkness the commander of the escort force couldn’t tell which ship had been attacked until Reuben James didn’t respond to a check-in call.

Only two sailors from the front end of the ship survived the blast. During the five minutes Reuben James remained afloat after the attack, sailors jumped from the rear of the ship into the oil-covered water. Moments after the destroyer slipped beneath the waves, however, at least two of its depth charges detonated, killing or wounding even more sailors.

Four escort ships remained, one of which was USS Niblack. Niblack and another escort were sent to search for survivors, which the darkness, oil-covered water, and the threat of another U-boat attack made more difficult.

Of the ship’s 144-man crew, only 44 survived. Ninety-three enlisted sailors and all seven officers were killed.

After the rescue, the escort ships went on the offensive, trying to attack U-552 with dozens of depth charges. The U-boat escaped, however, and the next day, the Americans turned the convoy over to the Royal Navy and headed for Iceland.

The convoy made it to England without any more attacks by U-552 or other U-boats. Reuben James was the only casualty.

The attack on the Kearny and the sinking of the Reuben James solidified Roosevelt’s support of the Allies.

“We have wished to avoid shooting, but the shooting has started, and history has recorded who has fired the first shot,” Roosevelt said in a Navy Day speech on October 27. “Our ships have been sunk and our sailors have been killed. I say that we do not propose to take this lying down.”

Germany was unapologetic. Roosevelt denounced Germany and promised that escorts of Allied merchant ships to Iceland would continue. Secretary of the Navy Frank Knox even called the incident “worse than piracy.”

But Roosevelt knew most of the country was still against getting directly involved in the war in Europe, so the US took no further action in response to the sinking.

Only when the US and Germany declared war on each other on December 11, 1941, did the US fully commit to the war in Europe. The US Navy, though, had effectively been at war in the Atlantic for months.