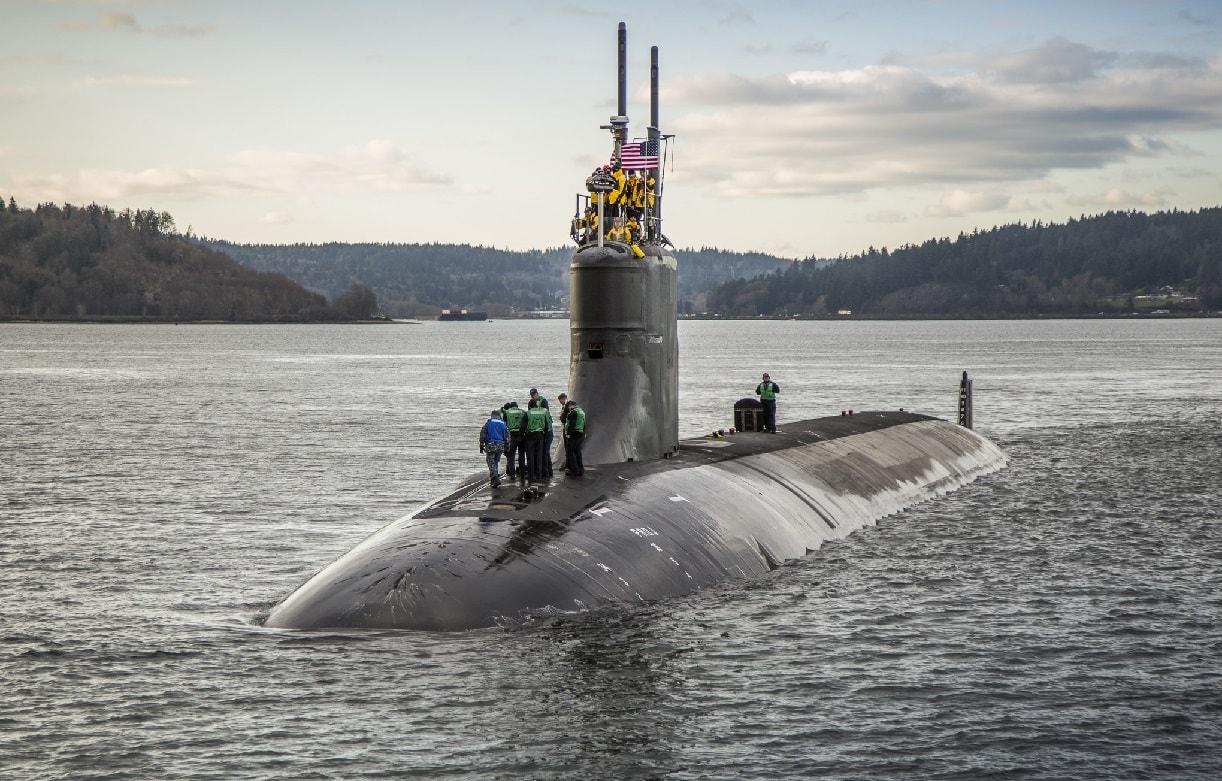 Beijing keeps demanding answers about a mysterious US submarine incident that happened in the South China Sea earlier this month, accusing the US of being “cagey” and of trying to cover it up. The US insists that is not the case.

The Seawolf-class nuclear-powered attack submarine USS Connecticut collided with an object in early October, and Chinese officials have asked about it repeatedly since then.

Chinese Ministry of Foreign Affairs spokesman Zhao Lijian said Tuesday that China has “grave concerns” and accused the US of being “irresponsible” and “cagey” by not providing details about the incident. He said the lack of details gives “every reason to question the truth and the intention of the US.”

“What was USS Connecticut up to do secretively in the South China Sea this time? What did it collide with? Why did that collision happen?” Zhao asked. “Was there a nuclear leak that creates nuclear contamination in the marine environment?”

Zhao’s statements Tuesday echo some he made on October 11, when he accused the US of “stonewalling” and engaging in a cover-up. His latest remarks also echo comments made by Ministry of National Defense spokesman Tan Kefei last week accusing the US of covering up the submarine incident with a “lack of transparency.”

Pentagon press secretary John Kirby addressed Chinese allegations of a cover-up on October 12, saying that “it’s an odd way of covering something up when you put a press release out about it.”

US Pacific Fleet released a press statement on the submarine incident five days after the collision occurred on October 2, delaying its release because of operational security concerns. China has capitalized on that delay, suggesting it is suspicious.

The Navy said the submarine struck an object while submerged in international waters, writing that there were no life threatening injuries, that the sub was in stable condition, and that the nuclear-propulsion systems were not damaged.

The sea service did not say where the incident occurred, though Navy officials speaking on the condition of anonymity provided that information to some reporters following the release of the statement.

China’s line of questioning could be aimed at pressuring the US to disclose information about US submarine activities in the South China Sea, especially given China’s submarine base in the strategic waterway and speculation that Connecticut may have been conducting surveillance.

But there’s another angle to the remarks by Chinese government officials.

The US frequently accuses China of militarizing the South China Sea, bullying and coercing other countries in the region, and aggressively advancing its extensive claims the US argues are not supported by international law. In turn, China has worked to cast the US as the destabilizing military presence in the South China Sea. The incident involving the Connecticut appears to be playing into those efforts.

In his comments at Tuesday’s briefing, Zhao criticized the US military presence in the region and argued that the US is “the biggest force for militarization of the South China Sea” — a frequent criticism by China’s Foreign Ministry.

The US has repeatedly accused China, which has built military outposts in the South China Sea and used its growing military might to advance its geopolitical interests, of engaging in behavior that contrasts sharply with the US vision for a free and open Indo-Pacific region.