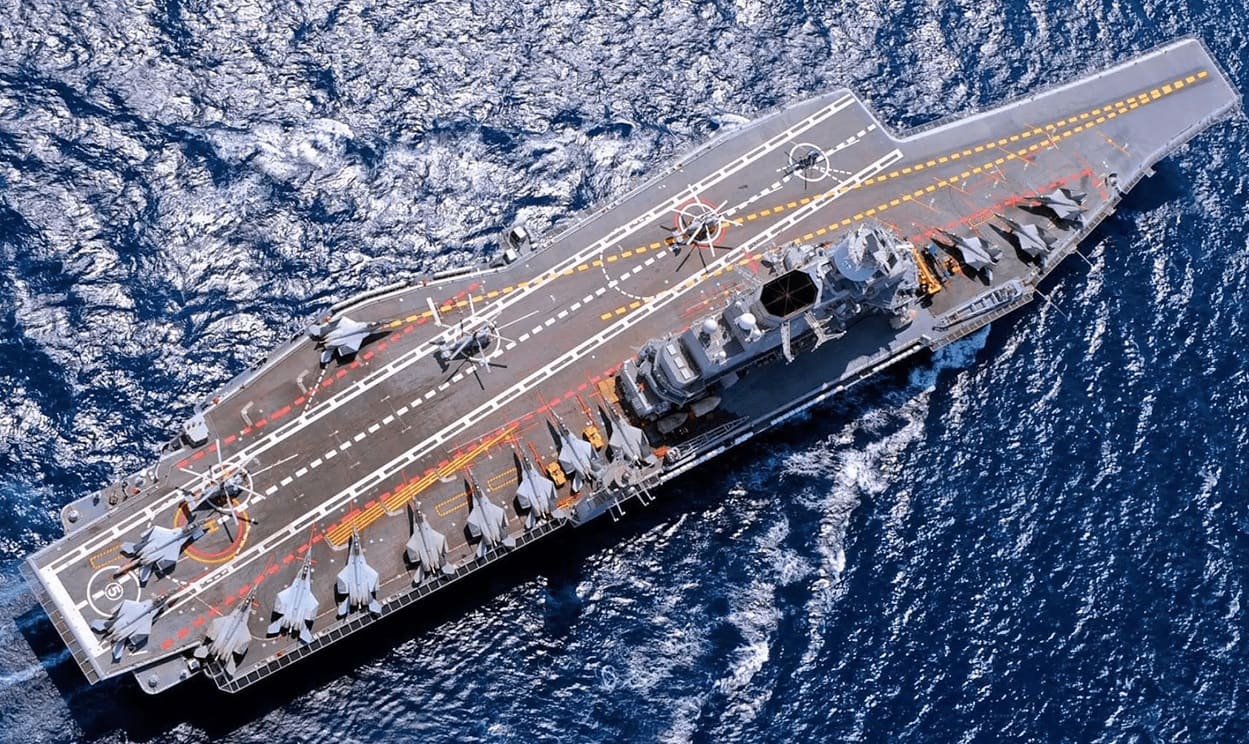 At present, the Indian Navy has around 130 ships, and efforts to modernize and compete with China are starting to make a major difference. The first indigenously built aircraft carrier, INS Vikrant began her second phase of sea trials last month. The 45,000-tons INS Vikrant had previously completed a five-day maiden sea voyage in August and is on track for her planned induction into the Indian Navy by August 2022.

On Sunday, the Indian Naval Ship (INS) commissioned its 10th destroyer, INS Visakhapatnuam. Built by Mazagon Dock Shipbuilders Limited in Mumbai, the 7,500-tonne warship is armed with BrahMos surface-to-surface missile batteries, eight of which are clustered in two quadruple vertical launch systems. Equipped with supersonic missiles with have pinpoint accuracy and a range of 290 km (180 miles), and can be fired against both land and sea targets.

In addition to the new destroyer, the INS announced that it will hold a commissioning ceremony for the stealth submarine INS Vela on Thursday. In an official statement from the Indian Navy, the boat was described as “capable of offensive operations that span the entire spectrum of maritime warfare.”

The service added, “Induction of the submarine consolidates the Indian Navy’s position as a builder’s Navy significantly and adds sharpness and strength to its combat capability.”

India’s ability to build such vessels for its navy has been seen as a major milestone towards achieving Prime Minister Shri Narendra Modi’s vision of “Make in India, Make for the World.” At the same time, the increased capabilities could strengthen New Delhi’s capabilities in keeping the Indo-Pacific region open, safe and secure.

In addition to traditional surface and underwater combatants, the Indian Navy is also planning to acquire unmanned aerial and underwater platforms to increase its surveillance capabilities as tensions with China remain high.

“The key focus will be to boost the surveillance in the strategically key waterways, in sync with developments in the Indian Ocean region,” Indian Navy officials told the Economic Times.

While many of the acquisitions would be from domestic sources, the Indian Navy is also reported to be procuring up to 30 multi-mission armed Predator drones from the United States in deal worth upwards of $3 billion, according to TheDefensePost.com.