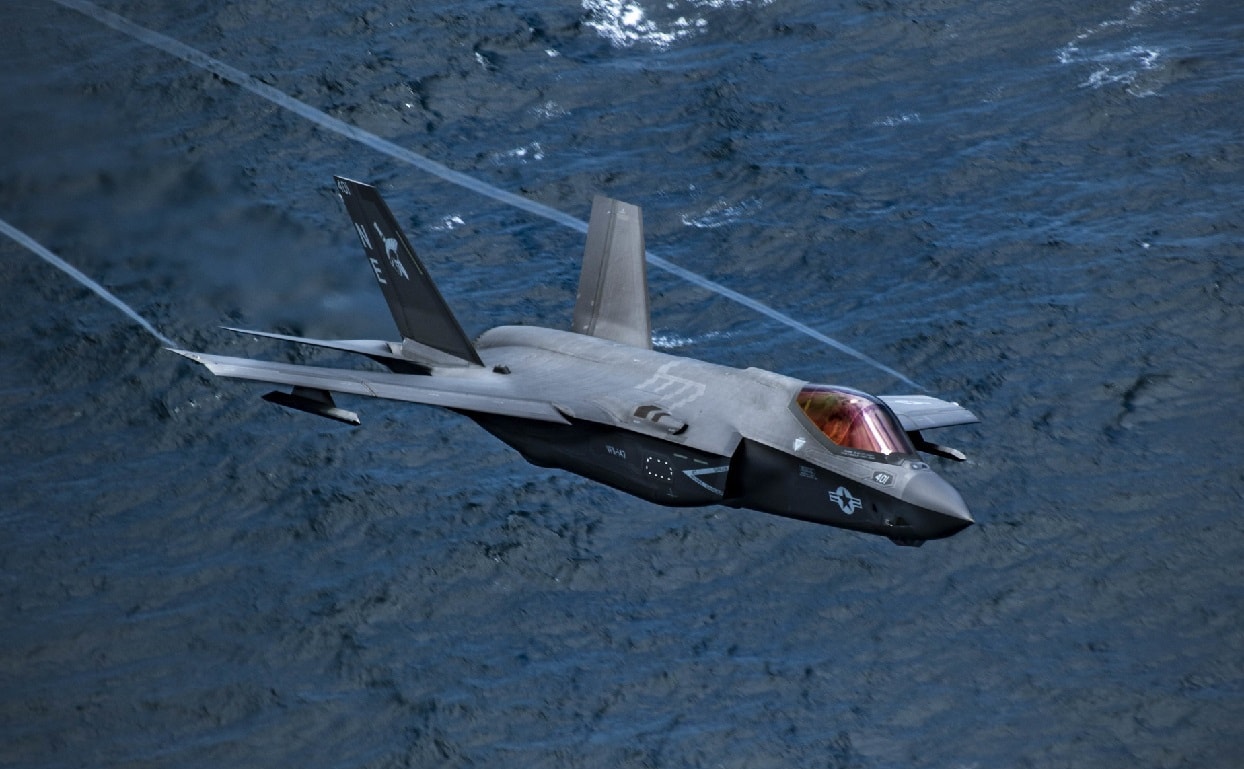 Suppose Washington decided to go big in response to a North Korean ballistic-missile test, rather than content itself with humdrum peacetime deterrence. And suppose Washington blanched at ground combat. How to satisfy both the impulses goading it into action and those urging restraint?

Well, it could impose a naval blockade to halt shipping bound to or from North Korean seaports—squeezing the hermit kingdom’s seaborne imports and exports while confining its navy to its moorings. Is the U.S. Navy up to enforcing a blockade? Yes—but Washington must not regard a maritime quarantine as a cheap, quick, or painless alternative to land warfare. Just the opposite. It would be expensive, time-consuming, and resource-intensive.

Nor would success be a sure thing.

First, the navy would incur both direct and opportunity costs—especially if allies such as the South Korean Navy and Japan Maritime Self-Defense Force declined to supply ships to help squelch shipping. A squadron sufficiently numerous and powerful to apprehend blockade runners would have to linger off each North Korean seaport for the duration of the quarantine. Each squadron would need regular refueling and resupply, as well as relief by replacement ships to allow for upkeep and crew rest.

Multiply the bare number of ships required for sentry duty by two and you have some idea of the direct costs of an offshore strategy. Some 50-70 ships comprise the Japan-based U.S. Seventh Fleet, which would presumably spearhead cordon operations. Subtract submarines from that total and divide the remainder by two and the magnitude of the challenge before the Seventh Fleet becomes plain. The direct costs appear bearable but burdensome.

That leaves aside the opportunity costs. A vessel monitoring North Korean traffic is a vessel not taking a direct hand in great-power competition, the administration’s and the Pentagon’s stated strategic priority. It is not training for peer fleet-on-fleet combat or honing interoperability with allied forces. It is not transiting the Taiwan Strait to tweak China. It is not working with partners in the South China Sea or the Indian Ocean. It is a sentinel, mostly static and tethered to a minuscule patrol ground.

Second, a blockade would not be a one-on-one brawl between the United States against North Korea. A blockade is an act of war under international law, and Washington would be prosecuting that act of war in part along the Korean west coast—at Beijing’s maritime door. Chinese Communist Party leaders are acutely conscious that the Korean Peninsula overshadows the sea route into the Bohai Sea, home to one of China’s coastal economic hubs as well as the gateway from the Yellow Sea to China’s capital city.

U.S. naval operations in China’s near seas and skies always rankle with Chinese Communist prelates. In 2010, for instance, Beijing pitched a fit over planned U.S.-South Korean maneuvers in the Yellow Sea—prompting the Obama administration to relocate the exercises to less contentious waters. And those were mere peacetime maneuvers, not open war. Entanglement between a U.S.-North Korea blockade and already fraught U.S.-China relations is a sure bet.

Third, alliance diplomacy would come into play in all likelihood. Think about it. The closest American territory to the Korean Peninsula is Guam, some 2,000 miles from Korean coasts. It would verge on impossible to sustain a blockade from a base that remote from the quarantine zone. Accordingly, the U.S. Navy would be forced to stage the effort from Japanese or South Korean seaports. Hence Tokyo and Seoul would get in a say in whether or how the venture unfolded.

The allies might contribute ships. Overt participation would be more likely in the case of South Korea’s navy than Japan’s, considering imperial Japan’s vexed past with Korea. Images of Japanese warships lurking offshore to intercept Korean vessels might conjure up ill will in the region. Pacifist-minded Japanese might object as well. Both capitals could impose conditions on what U.S. flotillas based in their harbors could do, so as to avoid entrapment in potential American misadventures.

In short, there’s more to blockading North Korea than ordering the fleet into action. A fair amount of politicking vis-à-vis allies, friends, and prospective antagonists would be a must.

And lastly, success is far from preordained. Sea-power historian and theorist Julian Corbett teaches that, far from settling wars in an afternoon, naval warfare can garner victory only through a process of “gradual exhaustion.” A navy chips away at a seaborne foe’s mercantile fleet, throttling the flow of goods and raw materials merchantman by merchantman rather than halting it in one decisive blow. A strategy that works bit by bit tries the patience of the government and society that set it in motion.

It also tries the patience of one’s own business interests, as well as friendly countries that might see their own seagoing commerce impeded. A blockade of North Korea, then, will demand not just naval resources but time, painstaking diplomacy, and goodwill. The latter two are in short supply in Northeast Asia just now, with the United States and China locked in a trade war and allies Japan and South Korea perennially at odds with each other.

Will blockading fleets take to Asian seas? Maybe. But if so, they will prevail through a slow grind rather than a masterstroke.