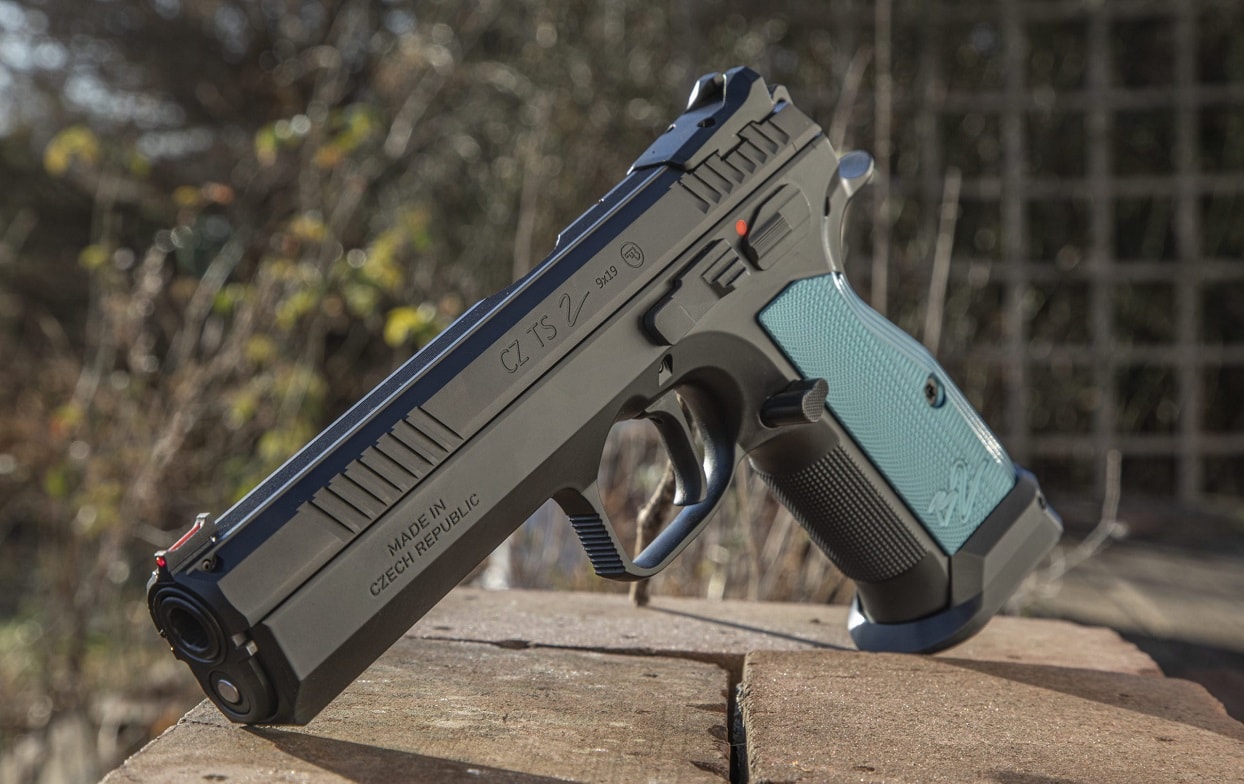 CZ TS 2 9mm Gun Review: I love shooting competition pistols because they usually have fantastic accuracy right out of the box, so I was sad when CZ discontinued their Tactical Sport handgun in 2018. Apparently, I wasn’t the only one, because they came out with the CZ Tactical Sport 2 and, having put it to the test on the range, it’s like a 2.0 version of the original.

At first glance, it looks a little flashier than I’m used to with the metallic-blue grip on a black frame, but don’t let looks fool you. This thing weighs as much as a magnum at about 3 pounds unloaded.

With that said, they balanced it out with a barrel just over 5 inches. I enjoyed the added weight because it felt like the serious piece of metal that it is even though I might go with something else for home defense.

The fiber optic front sight and black rear sights worked perfectly together for fast target acquisition, and I barely had to readjust for double-tapping. It also helps that the trigger has minimal resistance, so it fired exactly where I aimed every single time.

Since it’s designed for competition shooting, accuracy is key and the TS 2 is delivered. It’s got a low bore axis to balance out the recoil and I didn’t notice a difference in accuracy with heavier grain ammo.

If anything, it actually had smaller groupings with the good stuff so I’d suggest packing both and seeing which one works best for you. Normally, I’d recommend a red dot for rapid targeting but the CZ TS 2 didn’t need any help.

One minor negative was that the ambidextrous safety was a little smaller on the right, but it didn’t interfere with anything at the end of the day. It was also easy to overlook with the 3 20-round, double-stacked magazines that came with the pistol!

Right now, it’s only chambered for 9mm so some non-competition shooters might want something with a little more punch.

I got mine from the manufacturer for $1,700, but overall I was extremely impressed. CZ’s Tactical Sport 2 has superior balance and accuracy, so I’d recommend it for anyone in the market for a new competition pistol or that just wants to hit what they aim at.