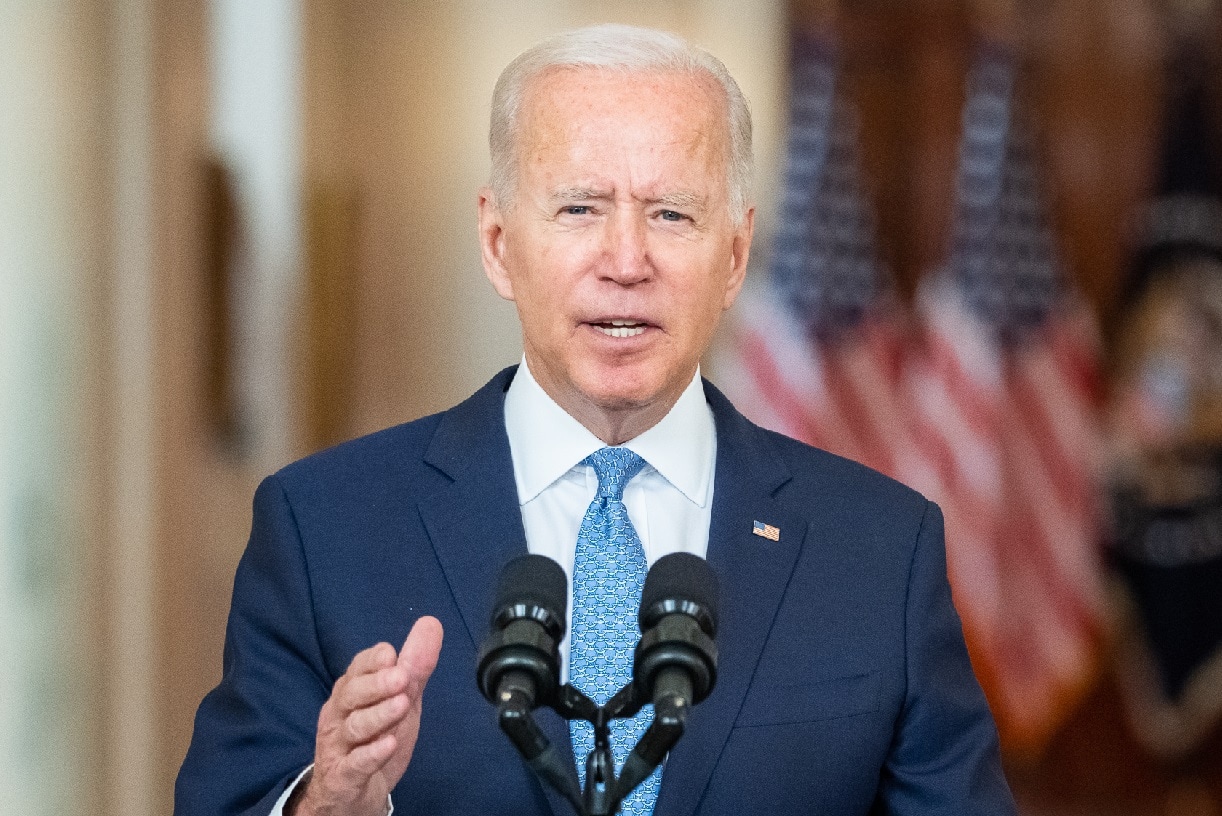 President Joe Biden delivers remarks on ending the war in Afghanistan, Tuesday, August 31, 2021, in front of the Cross Hall of the White House. (Official White House Photo by Adam Schultz)

The two leaders have not met face-to-face since Biden took office. Instead, they have held two long phone calls, on February 10 and September 9. Not much is publicly known about either conversation although it is apparent that neither conversation accomplished much from America’s point of view.

Not much will be accomplished Monday either, at least according to the Biden administration. “This is not about seeking specific deliverables or outcomes,” said one “White House official” to CNBC. “This is about setting the terms of an effective competition where we are in the position to defend our values and interests and those of our allies and partners.”

Biden, hoping to fix boundaries, is setting a low bar for success. “We believe when such terms—or guardrails—are established, we can sustain a vigorous competition,” the official explained.

There are two fundamental misconceptions embedded in these Biden administration statements. First, the U.S. is not engaged in a “competition” with China. Second, talking is not the best way, at this point, in “guardrailing” the relationship.

On the first point, Beijing characterizes the nature of the U.S.-China relationship as “war,” as in “people’s war.” In May 2019, People’s Daily, the most authoritative publication in China, carried a piece declaring the relationship to be such.

The hostility has continued to the present day. On August 29, People’s Daily, in a landmark piece, accused the U.S. of launching “barbaric” attacks on China.

The explosive charge was only one in a series of inflammatory statements. On the 21st of that month, for instance, Global Times, a People’s Daily-controlled tabloid, insinuated the U.S. was working with China’s “enemies.”

Most Americans, including their president, have chosen not to see the Chinese regime’s hatred for their country. Those noticing are undoubtedly perplexed by the overheated rhetoric.

Why should Americans be concerned? The Communist Party, with its strident anti-Americanism, is establishing a justification to strike America.

As James Lilley, the late U.S. ambassador to Beijing, once said, the Chinese regime always telegraphs its punches.

China’s regime is already punching. It is, among other things, stealing hundreds of billions of dollars of U.S. intellectual property each year, backing Chinese fentanyl gangs, continuing to kill Americans by coronavirus, and using the U.S. banking system to become the world’s leading money launderer. Especially last year, the Communist Party fomented violence on American streets, an act of war.

“Intense competition requires intense diplomacy,”the administration official told CNBC. “As President Biden has made clear, he welcomes the stiff competition, but does not want conflict.”

Unfortunately, “competition” does not begin to describe the nature of the struggle between China and the United States. There is already “conflict,” “Unrestricted Warfare,” as Chinese analysts put it.

On the second point, setting boundaries for the People’s Republic would, at first glance, seem sensible. Yet every U.S. administration since Nixon’s has tried to do that, and all of them have failed, miserably.

American presidents have talked to their counterparts in China for decades, and while they talked the regime continued its unrelenting assault on America. Chinese leaders are ruthlessly pragmatic. They see the American desire to discuss as a sign of feebleness and therefore press the advantage.

Biden seeking to meet with Xi Jinping bolsters Xi’s position at home. That is absolutely the last thing a beleaguered America should be doing.

Biden, therefore, should call the meeting off, before even more damage is done.