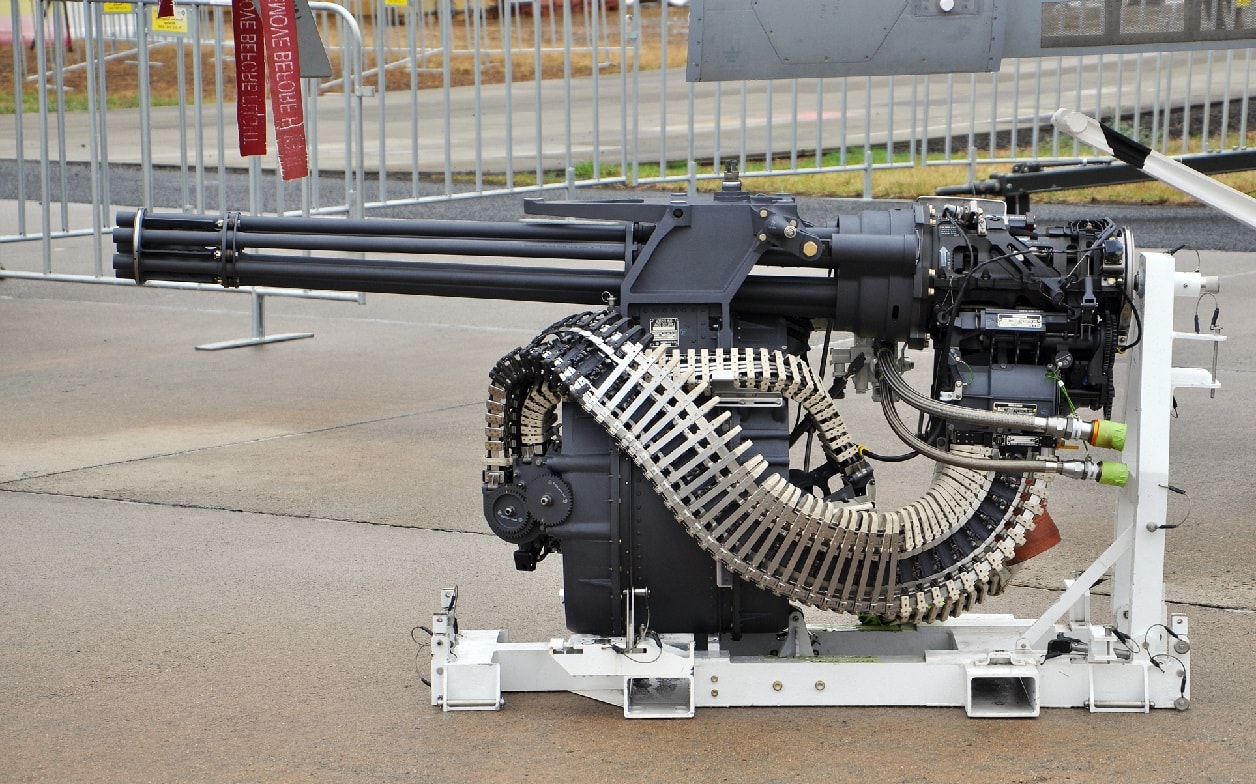 One 20 mm (0.787 in) 578 rounds M61 Vulcan nose mounted 6-barreled Gatling cannon protects the pilot and his aircraft from close encounter.

Metal Storm, a 3 Minute Primer: Until the invention of the first repeating rifles in the middle of the 19th century, the average soldier could typically fire about three rounds per minute. The truly skilled might have been able to get off the occasional fourth round, which is why for centuries armies lined up in mass – it was essentially the only way to ensure that some of the rounds would hit their targets.

Yet even that impressive weapon pales in comparison to the Metal Storm, an experimental weapon platform that could fire a reported one million rounds per minute.

While that might sound like the latest high-tech super weapon, Australian-based Metal Storm Inc. actually started developing its 36 barrel prototype system in the 1990s. Unlike modern machine guns this weapon is unique in that it has no moving parts, but still manages to fire 180 rounds in less than one-hundredth of a second. With its special caseless 9mm ammunition, no armor in the world would be capable of stopping it.

The U.S. Navy was apparently impressed and in 2007 even announced that it would purchase the system for use on its ships. However, more than a decade later nothing has come to pass – but as Business Insider reported, this was both a result of legal issues with the contracts and its applications.

Having a weapon that can fire 1.62 million rounds in a minute, all traveling at speeds approaching Mach 5, may sound like the sort of weapon that every military would want but how and where it could be used remains an issue. A million 9mm rounds could cut through a tank like a hot knife through butter, but that tank would still have to be pretty close. Moreover, a target would need to remain directly in front of the weapon, which fires so quickly it couldn’t effectively even “sweep” a battlefield like those World War I machine guns.

So unless an army is going to charge down an alley, the defensive capabilities of the Metal Storm gun seem limited. This is made worse by the fact that it is also extremely heavy, requires plenty of prep time to set up effectively for a single-use and firing even a fraction of the ammunition is expensive – and much of it could go to waste.

However, the company’s designers had other ideas and this included a “scaled up” 40mm grenade launcher that utilizes a similar multi-barrel concept.

So for now the M134 Minigun will likely keep its place in the Guinness World Records for having the fastest rate of fire of a military weapon in service.