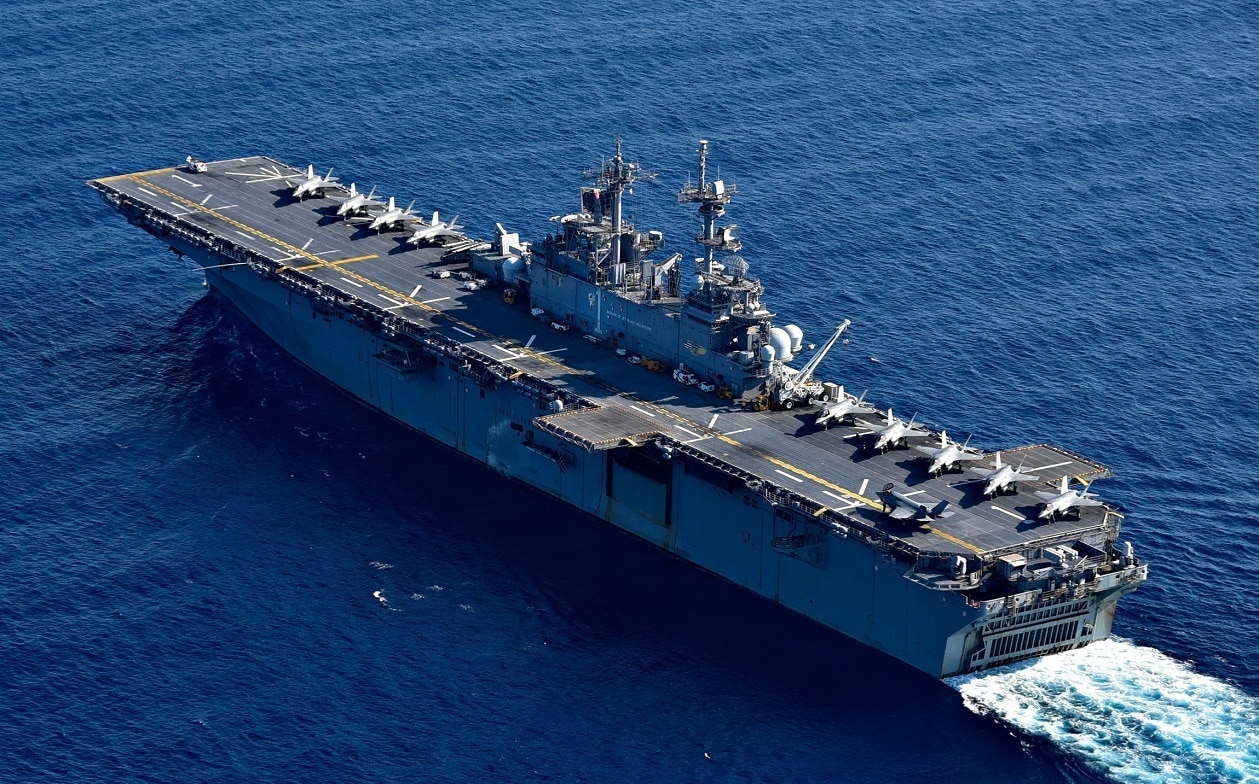 The Republic of Korea (South Korea) isn’t a large nation in terms of size, yet it remains Asia’s fourth-largest economy. As it faces threats from North Korea and the People’s Republic of China, last week, the South Korean National Assembly approved KRW 52.84 trillion (around USD 48 billion) for the defense budget in fiscal year 2022, a 3.4 percent increase from last year.

The National Assembly also reversed course on the budgeting for an aircraft carrier – the first for the Asian nation. Questions had been raised recently why the Republic of Korea Navy (ROKN) would need such a vessel, and whether it was to project “hard power” to potential adversaries such as China and North Korea; or whether Seoul desires a carrier to project soft power in the region.

Asia is certainly seeing a aircraft carrier race – with China now operating two carriers, and building a third. India, which also operates a former Soviet/Ukrainian aircraft cruiser as its naval flagship, is now building its first domestically-produced carrier; while even Japan has reworked its post-World War II constitution to allow the Japan Maritime Self-Defense Force to operate an aircraft carrier.

Yet, the questions linger as to whether the ROKN actually needs or simply wants a carrier in its fleet.

“I think you will struggle to find two Koreans who can agree on the aircraft carrier,” a source familiar with naval affairs told Asia Times on Friday.

South Korea’s Democratic Party, which currently holds a majority of seats in the National Assembly, unanimously passed the new budget, which included funding requested by the ROKN for the CVX aircraft carrier project next year. Not everyone in the assembly was pleased however. Some members voiced their concern that the money is being wasted on a high-profile platform that the small Asian nation really doesn’t need.

“Light aircraft carriers are unnecessary in our security environment,” said Shin Won-sik, who has been a member of the National Assembly since 2012. “The light carrier gives us no substantive advantage in terms of military strategy and operations; the carrier will be nothing more than a ‘money-eating hippopotamus.'”

There are currently two bids for the CVX program.

One of those has been led by British defense firm Babcock, designer of the Royal Navy’s two Queen Elizabeth-class carriers. It has signed a memorandum of understanding with local shipbuilder Hyundai Heavy Industries. The second bid was from Italian shipbuilder Fincantiari, which has already teamed up with Daewoo Shipbuilding and Marine Engineering.

As the Asia Times reported, there has been no bid, at least not one publicly, from the United States – despite the fact that the U.S. military has around 28,000 troops stationed in South Korea and which has for decades been South Korea’s key non-domestic arms supplier.

“The Americans are almost certainly circling the prize, but the US way of doing business is government-to-government offers,” a source told Asia Times on condition of anonymity. “Government bids can be more discrete – you can add other elements to the deal, and you can disclose as much or little as you want – so if the US is involved, I imagine it is behind closed doors.”

Perhaps now that the program seems funded, there could be a U.S. carrier design in the works. Essentially, the South Korean carriers wouldn’t really need to be all that different from the U.S. Navy’s amphibious assault ships, such as the USS America (LHA-6). It would provide about everything the ROKN could possibly need and more.