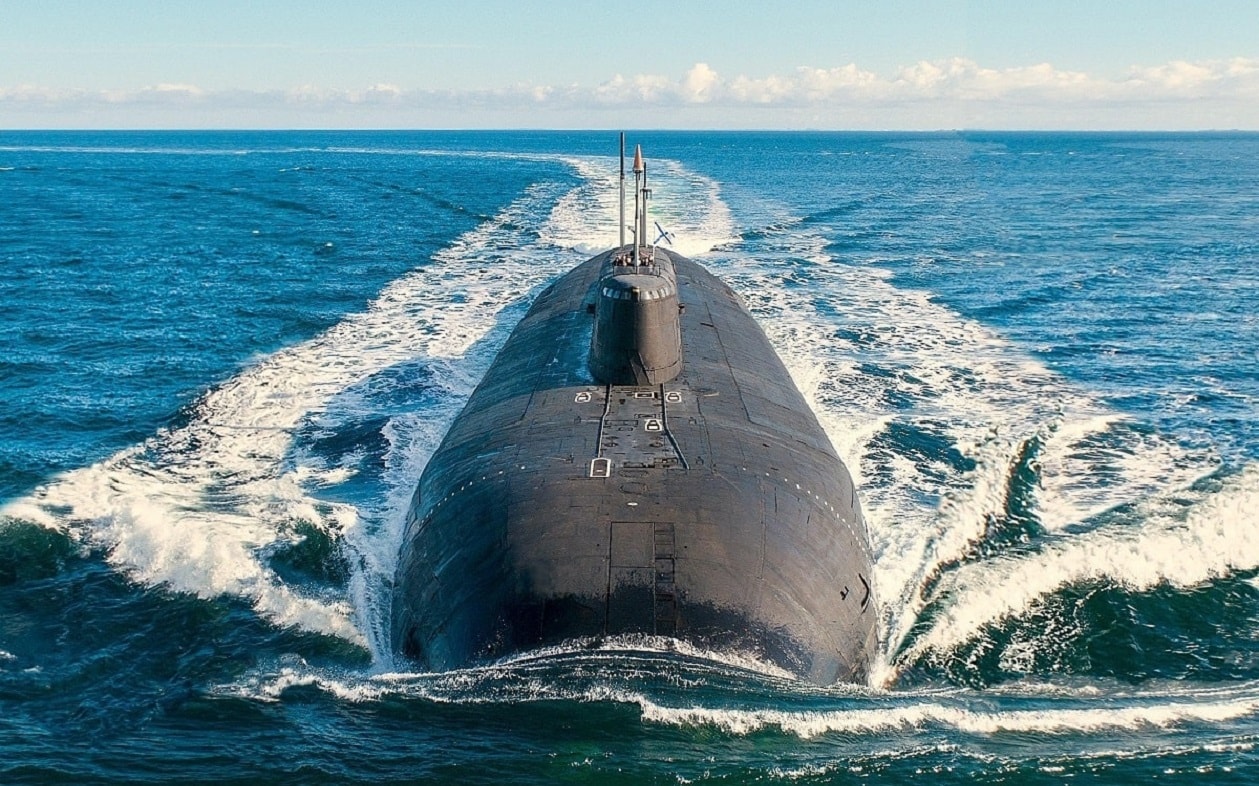 In a dramatic speech in 2018, President Vladimir Putin revealed what the Russian Federation has been working on for years. According to the Russian President, the departure of the United States from the Anti-Ballistic Missile Treaty, along with various missile defense projects in Europe, forced the Russian Federation to invest in expensive missile projects that would guarantee Russian ability to penetrate any existing systems, as well as any systems that the U.S. might muster in the future. During the speech, Putin highlighted six weapons; a heavy Intercontinental Ballistic Missile (ICBM) called the RS-28 Sarmat, a nuclear-powered cruise missile named Burevestnik (Skyfall), a laser system named Peresvet, a nuclear-armed underwater vehicle, and Avangard and Kinzhal hypersonic missiles. Along with presenting this remarkable assortment of weapons, Putin described the systems as new developments in weapons technology. During the presentation, Putin showcased what he regards as the shifting character of the international system and said “You did not listen to us before” undoubtedly referring to Western attitude towards Russia since the end of the Cold War; proceeding with “You will listen to us now” with pictures of Russian nuclear reentry vehicles hailing down on Florida in the background.

Since that time, Russian hypersonic weapons have captured growing importance in strategic analysis, as the Russian military has quickly demonstrated their effectiveness through numerous tests of the Kinzhal, Avangard, and the Navy’s version, Tsirkon. An important test, conducted on Oct 4, 2021, launched from the Severodvinsk nuclear submarine, was the first time a hypersonic missile has been fired underwater and provided Russia another triumph in hypersonic development and closed in on a hypersonic triad, all while the U.S. continues to struggle to attain the slightest success in hypersonic testing. While strategic weapons systems like Avangard have received the majority of attention, this article will argue that the true military advantage of hypersonic weapons lies in operational and tactical weapon systems.

As with everything that’s new, there is a substantial measure of ambiguity regarding hypersonic weapons. The term “hypersonic” does not only correlate to weapon systems, but to the speed of an object, typically moving above Mach-5. For example, ICBM’s are hypersonic systems that can travel at speeds exceeding Mach-20 and the space shuttle is a hypersonic glide vehicle (HGV) travelling at speeds of 17,580 MPH or Mach 22.  Most estimates of the role strategic hypersonic weapons might play in the future of warfare have been greatly exaggerated. If Putin’s remarks are to be taken seriously, and if it’s true that the Russians built Avangard to penetrate U.S. ballistic missile defense (BMD), then Avangard is superfluous since existing Russian strategic missiles can penetrate U.S. BMD with ease. Those who see Avangard as a grandiose, “game-changing” weapon seem to fall into one of two categories.  The first is that U.S. BMD is directed at intercepting Russian ICBMs. The second, which flows from the first, is if U.S. BMD were truly directed at Russian ICBM’s, U.S. BMD systems would be capable of successfully intercepting an incoming Russian attack. No matter how eagerly our politicians assure the American people of missile defense capabilities, we know that neither of these circumstances are true. Indeed, the 2019 Missile Defense Review by the Department of Defense clearly states, “U.S missile defense capabilities will be sized to provide continuing effective protection of the U.S. against rogue states offensive missile threats”, clearly pointing to North Korean and Iranian missile systems. However, when addressing other actors, the document states “The United States relies on nuclear deterrence to address the large and more sophisticated Russian and Chinese intercontinental ballistic missile capabilities”. In May 2010, former Secretary of Defense Robert Gates testified to Congress that “the systems that we have, the system that originated and have been funded in the Bush administration, are not focused on trying to render useless Russia’s nuclear capabilities. That, in our view, as in theirs, would be enormously destabilizing, and not to mention unbelievably expensive”.

To highlight that point, and even under the most scripted conditions, the Boeing Ground-Based Interceptor (GBI), which accounts for the mid-course phase of U.S. BMD, possesses a 55 percent chance of intercepting an incoming ICBM, despite carrying a $74 million price tag. Considering that the U.S. BMD is designed to intercept unsophisticated North Korean missiles, which, presumably will not carry capable countermeasures, the 55 percent figure will no doubt drop when facing Russian weapons. While the U.S. deploys 44 GBI’s, Russia currently deploys roughly 486 deployed strategic missiles, silo and mobile based, submarine-launched missiles capable of carrying 1,600 nuclear warheads and advanced countermeasures. In comparison, Russia is expected to deploy 12 SS-19 missiles equipped with Avangard HGV by 2027. When studying those quantities, an unmistakable advantage in Russian strategic ICBMs compared to American interceptors is obvious, essentially nullifying the need for Avangard altogether since ICBMs can easily overwhelm U.S. BMD. For example, Sarmat, Russia’s newest ICBM, can carry a 10,000 Kg payload in a three-stage, liquid fueled system, load 10 large warheads traveling at hypersonic speed and deploys advance counter measures which makes them difficult to destroy by advance missile defense systems.

The genuine threats of Russian hypersonic missile technologies are in two areas. First, since the Avangard system is a dual-threat weapon – meaning it can be equipped with conventional and nuclear warheads- the target is not aware of the payload until detonation and could react with a “worst-case scenario” response, increasing the prospect of miscalculation. Second, Russian hypersonic advantages lie in both operational level systems and, as we move forward in the future, tactical missile systems. To put it more bluntly, the Russian Federation has opened the pandora’s box of hypersonic missile technologies. As the next step, Russian Mig-31’s and other air platforms will deploy with Kinzhal missiles and Russia will arm submarines and surface vessels with Tzirkon missiles, both of which the U.S., or anyone else, have no valid defenses for.

The Russian hypersonic systems (Avangard, Tsirkon, and Kinhzal) are mature and full deployment can be expected. However, the clear value of hypersonic technology for defense capability is not yet fully understood, and while the Russians foresaw clear advantages at the operational level, tactical level weapons are speedily on the horizon. For example, in an article published in November 2020 in Izvestiya, a Russian military magazine, tactical hypersonic missiles were highlighted as a future capability. The article suggests that the Russian military will deploy tactical-level missiles at the brigade and division level with a range of 100 kilometers. These systems, which will most likely be mounted on tactical vehicles, will close the gap between lower echelon commanders who commonly use artillery and MLRS as fire support, and army groups who use Iskanders. Such missiles would allow Russian commanders to attack command-and-control posts, artillery batteries and other critical infrastructure with ease, as theater missile defense systems would face challenges related to speed, measurability and size. Even more troubling, U.S. commanders will likely have no similar retaliatory capabilities as the U.S. struggles to test hypersonic technologies. 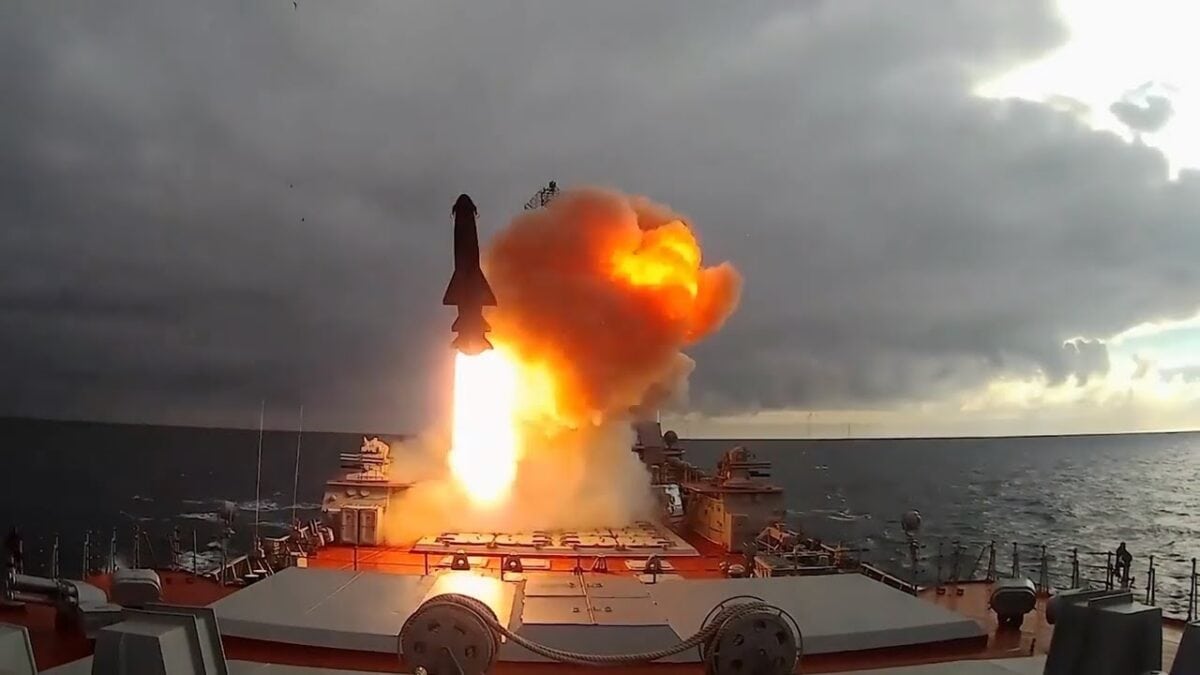 Hypersonic Weapons are Here to Stay

Hypersonic technologies are here to stay, and we are witnessing just the beginning stages of proliferation and deployment. Russia will continue to incorporate these missiles into every platform in its inventory in order to stay ahead of U.S. BMD and theater missile defenses. Russian strategic hypersonic weapons will continue to provide limited capabilities to the Russian regime; however, new technologies and operational and tactical systems will continue to deteriorate the military balance along NATO’s Eastern flank.

How the U.S and NATO choose to react to these developments will have serious ramifications and force heavy costs for taxpayers.

Jorge L. Rivero is a U.S. Marine currently assigned to the Marine Corps Information Operations Center in Quantico, Va. and holds a Master of Arts Degree from the Bundeswerh University in Munich and a Master of Professional Studies from the George Washington University.

Jorge L. Rivero is a U.S. Marine currently assigned to the Marine Corps Information Operations Center in Quantico, Va. and holds a Master of Arts Degree from the Bundeswerh University in Munich and a Master of Professional Studies from the George Washington University.