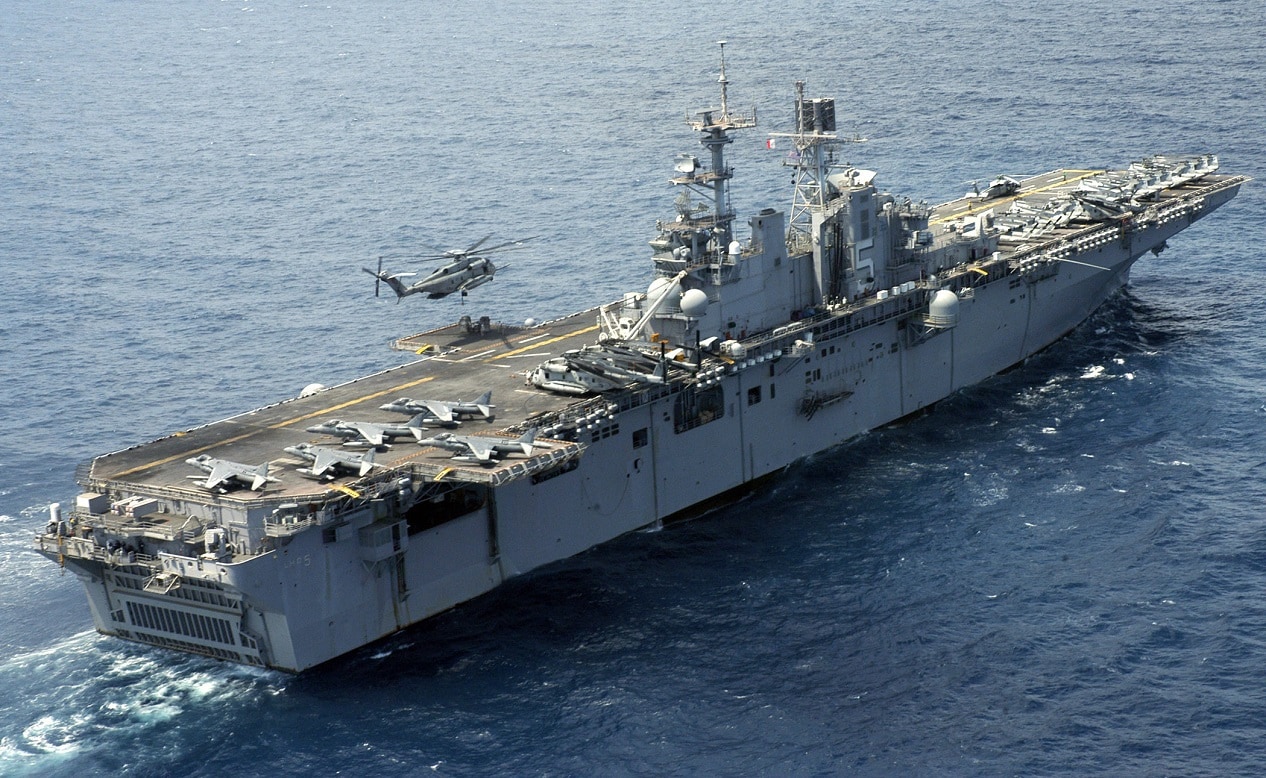 It is common to express the challenges an organization faces as it tries to modernize the ways it functions while continuing to do business as “changing the tires on a moving vehicle.” By the way, this is possible, but not recommended. This is an apt metaphor for what the U.S. Marine Corps is attempting to do. The Corps is restructuring itself in order to generate what it describes as “stand-in forces” (SIF) that can operate within range of prospective adversaries’ weapons. This force would consist of small, lethal formations equipped to counter modern power projection forces, particularly in the Indo-Pacific.

At the same time, The Marines remain committed to being this Nation’s 9-1-1 force, ready to conduct a wide range of missions from large-scale humanitarian operations to amphibious landings. To adequately address both new and traditional missions, the Marine Corps will need a larger fleet of amphibious warfare vessels. This will consist of dozens of new smaller and lighter vessels to deploy and support the stand-in force complementing a modernized fleet of large, sophisticated ships capable of carrying significant numbers of Marines, heavy equipment and even aircraft.

In his seminal force guidance document, Force Design 2030, the Commandant of the Marine Corps, General David Berger argued that the nature of the threats posed by great power competitors, particularly in the Indo-Pacific, necessitated creating new forces and acquiring modern capabilities that could support high-intensity operations across a theater. At the same, time, the Marine Corp had to maintain its ready-to-fight-today capabilities. General Berger described the challenges facing his organization this way: “effectively playing our role as the nation’s naval expeditionary force-in-readiness, while simultaneously modernizing the force in accordance with the National Defense Strategy (NDS) – and doing both within the fiscal resources we are provided.” The goal of this modernization effort is to alter how much of the Marine Corps is organized, trained, and equipped in order to enable it to operate survivable, lethal, and sustainable forces forward inside the envelope of prospective adversaries’ anti-access/area denial capabilities.

As its thinking evolved over time, based on extensive exercises, experiments, and wargames, the Marine Corps realized that what it needed was a new stand-in force, one that could be forward, inside adversaries’ weapons engagement zones, operating in peacetime as well as from the outset of conflict. As described by General Berger: “SIF are small but lethal, low signature, mobile, relatively simple to maintain and sustain forces designed to operate across the competition continuum within a contested area as the leading edge of a maritime defense-in-depth in order to intentionally disrupt the plans of a potential or actual adversary.”

The new stand-in force will need a new kind of amphibious fleet. The Marine Corps has proposed the creation of a new class of ship for the stand-in forces, called the Light Amphibious Warship (LAW).

The LAW will be different from the kinds of ships that have made up the current amphibious warfare fleet. It will be relatively small, between 200 and 400 feet, with a displacement of approximately 4,000 tons and 8,000 square feet of deck space, and will carry approximately 75 Marines and a crew of no more than 40. It would have an unrefueled range of 3,500 nautical miles with a transit speed of 14 knots. A critical performance parameter is the ability to move personnel and equipment ashore across a beach using a stern or bow ramp.

At the same time it is evolving and creating new forces, as General Berger noted, the Marine Corps must continue to perform its role as the nation’s maritime 9-1-1 force. The key to this role for the Marine Corps is in its partnership with the Navy as personified in the Amphibious Ready Group/Marine Expeditionary Unit (ARG/MEU). The ARG consists of a group of large amphibious warships, typically a Landing Helicopter Dock (LHD) Landing Helicopter Assault (LHA), a Landing Platform/Dock (LPD), and a Landing Ship/Dock (LSD). The latter are being replaced by the LPD Flight II.

The ARG is the sovereign at-sea base for the MEU, which usually consists of more than a thousand marines in a reinforced infantry battalion as well as lots of heavy equipment and both rotary and fixed wing aircraft. The ships of the ARG have extensive command and control, intelligence, and medical facilities.

Events of the last year underscore just how useful and flexible the ARG/MEU can be. The Iwo Jima ARG/24th MEU provided critical protection for the Kabul airport during the recent evacuation. At the same time, several hundred Marines supported by heavy vehicle detachments were embarked on USS Arlington (LPD-24) to provide humanitarian aid and disaster relief in response to the Haiti earthquake. 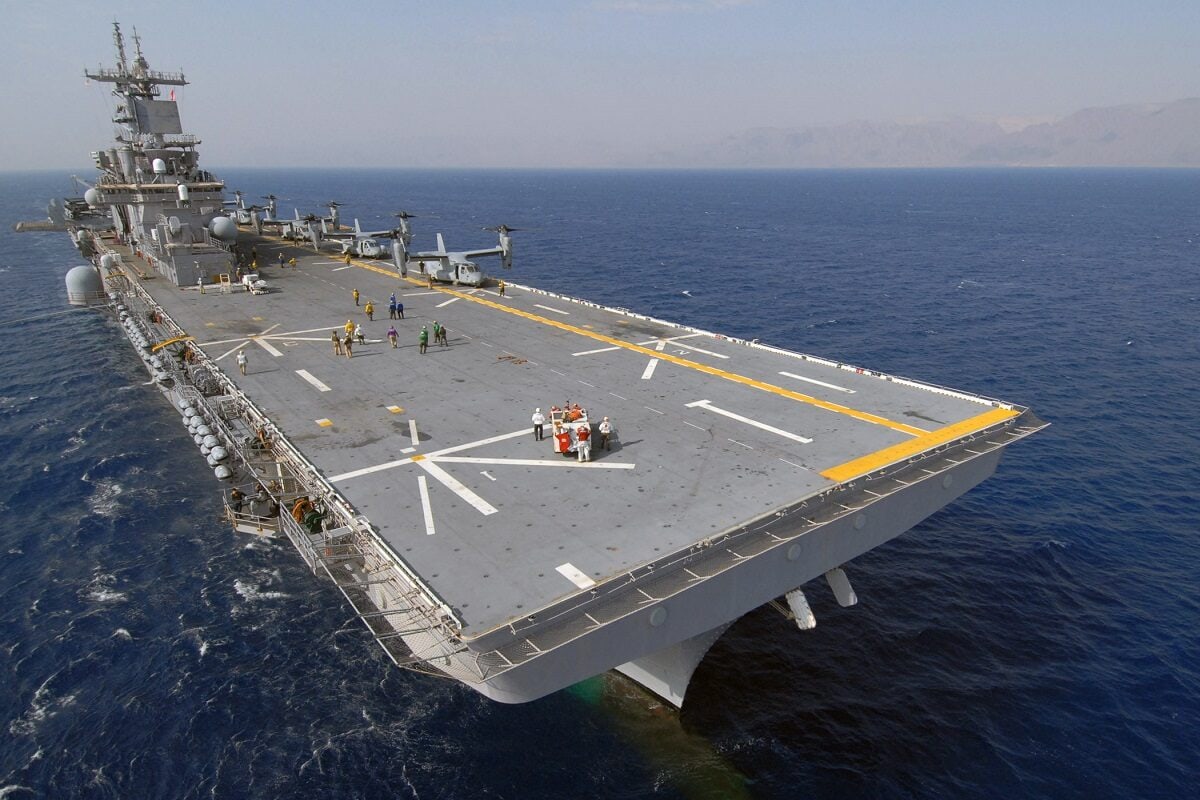 While there can be some overlap in their ability to undertake certain missions, it is clear that these two forces are intended to primarily serve distinct roles. The new stand-in force is designed to do one thing well, engage in great power competition. It can provide some capabilities relevant to traditional missions. The classic ARG/MEU is able to do many things equally well. One or more ARG/MEUs is likely to always be forward, able to serve as a heavy stand-in capability should a great power crisis or conflict erupt.

It is clear that the Sea Services will need more, not fewer, amphibious warfare ships if they are to support both the stand-in force and the maritime force-in-readiness. Currently, the requirement for the LAW seems to be settling on between 30 and 35 ships. The Marine Corps has also indicated that 31 large amphibious warfare ships are its minimum requirement. These ships need to be modern, consisting increasingly of LHAs and LPDs.

If the Sea Services are to afford both amphibious warfare fleets, they need to rethink the current acquisition strategy. The Navy is considering contracting for a large number of LAWs at one time, including by bringing in multiple shipyards. With respect to the larger amphibious warfare ships, the House Armed Services Committee’s Seapower subpanel recently proposed that the Navy should enter into a block buy of these vessels, speeding up their procurement and reducing the overall cost.

Whatever acquisition path the Navy takes, the need for both stand-in forces and the ARG/MEU is not going anywhere anytime soon.