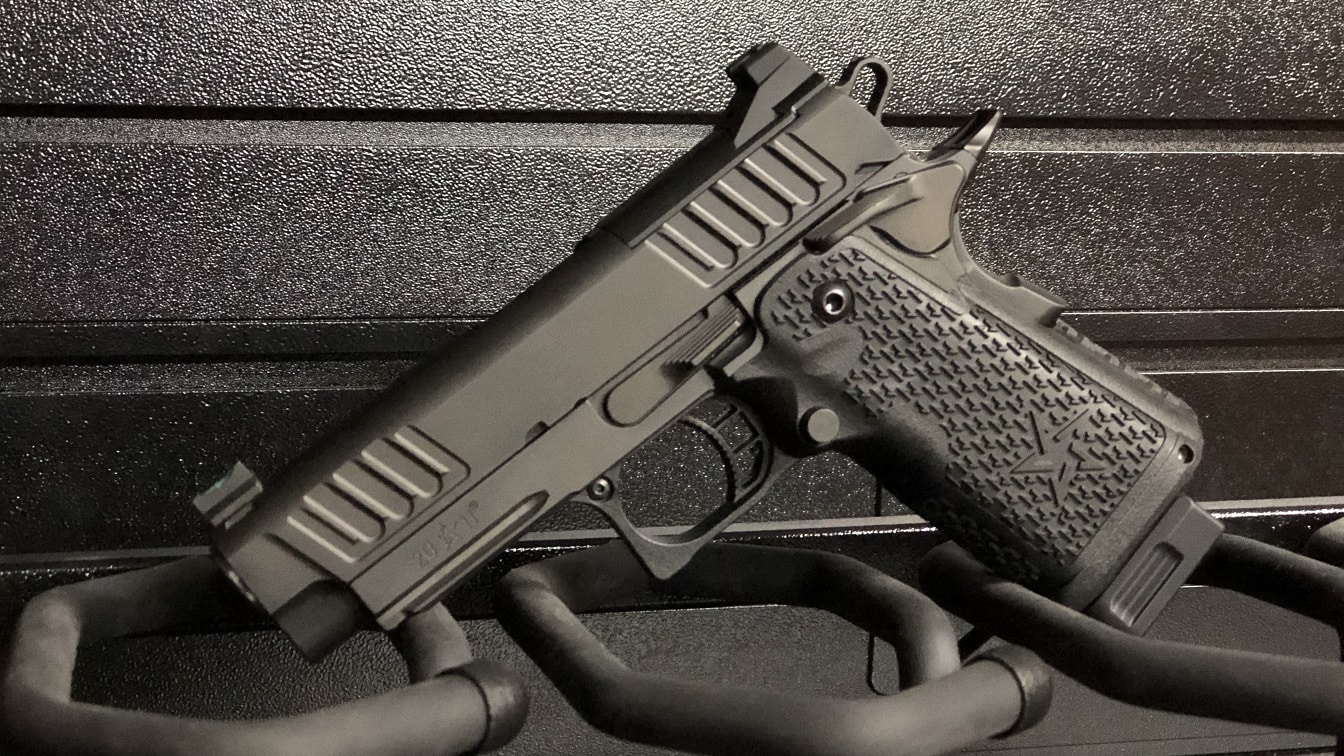 Staccato 2011 C2 Pistol Review: Is It Worth $2,000? – The Staccato 2011 C2 is basically a grail gun for a huge portion of gun guys. It was definitely near the top of my list. It combines that sweet 1911 design with a double-stacked magazine in 9mm and is smooth as butter. You’ve seen this platform made famous by Keanu Reeves in John Wick. It’s fast as hell and a laser to boot. But is it worth a buy?

Yes! However, this glowing review comes with a fat asterisk next to it (Hint: it’s mostly the price). Keep your eyes on the screen to find out more about the Staccato 2011 C2.

What can I say about the Staccato 2011 C2? It’s a gorgeous gun. You have that old-school cool design of the 1911 with modern sensibilities balanced perfectly to make this pistol look perfectly at home in the modern era. It’s not tacky or overdone. It’s just right. On it are those classic 1911 features like the thumb safety, grip safety, and takedown lever. If you’ve ever handled a 1911, you know what you’re in for. Despite modern trends, the C2 doesn’t opt for a polymer frame. It’s instead divided into three parts: the slide, frame, and grip. The two former are full metal while the grip is a polymer. Overall, this makes for a fairly hefty pistol. It wasn’t too much of an issue for me though. I found the trade-offs to offset this entirely.

One of those tradeoffs is recoil. The kick on this little pistol is basically non-existent. The 2011 C2 is probably one of the flattest shooting 9s I’ve ever handled. That extra weight I was just talking about keeps this thing even with minimal muzzle rise. You can expect to be able to come back on target nearly instantly. It’s definitely a huge plus whether you use this for competition or concealed carry (which I find it perfect for).

The C2 is the smaller pistol of the 2011 line. Yes, it’s heavy, but there’s something to be said about the 2011’s stellar performance on the range. I am pretty hesitant to carry this though, but not for any reasons you might think. If I ever need to use it in a self-defense situation, my C2 is going straight into an evidence locker until further notice. I can always drop 400 or so on a new Glock or whatever, but I don’t know if I have it in me to drop $2000+ on the same pistol again.

Then again the accuracy is without a doubt the best I’ve seen out of a pistol. I frequently talk about pistols outshooting me and the C2 isn’t different in that aspect. What sets it apart is its ability to make me feel like an Olympic shooter. I was banging targets at 100 yards without an issue. Groups at 25 yards and under were ultra-tight. I’m gonna put money on that awesome bull barrel being behind the fantastic performance.

From what I can tell so far, the Staccato C2 is extremely reliable. I’ve had one stovepipe malfunction, but everything else is in order. I ran this gun fast as hell, because that’s what it was designed for, and had basically 100% reliability. That’s with all the different types of ammo I threw at it, including my ever-dwindling collection of steel-cased 9mm.

You’ll get your money’s worth out of this thing, but it’s a fat stack of cash so don’t just buy it on a whim. There are a lot of great pistols out there that won’t run you over two thousand dollars. I can promise one thing though, if you buy this pistol, there’s no chance you ever regret it.