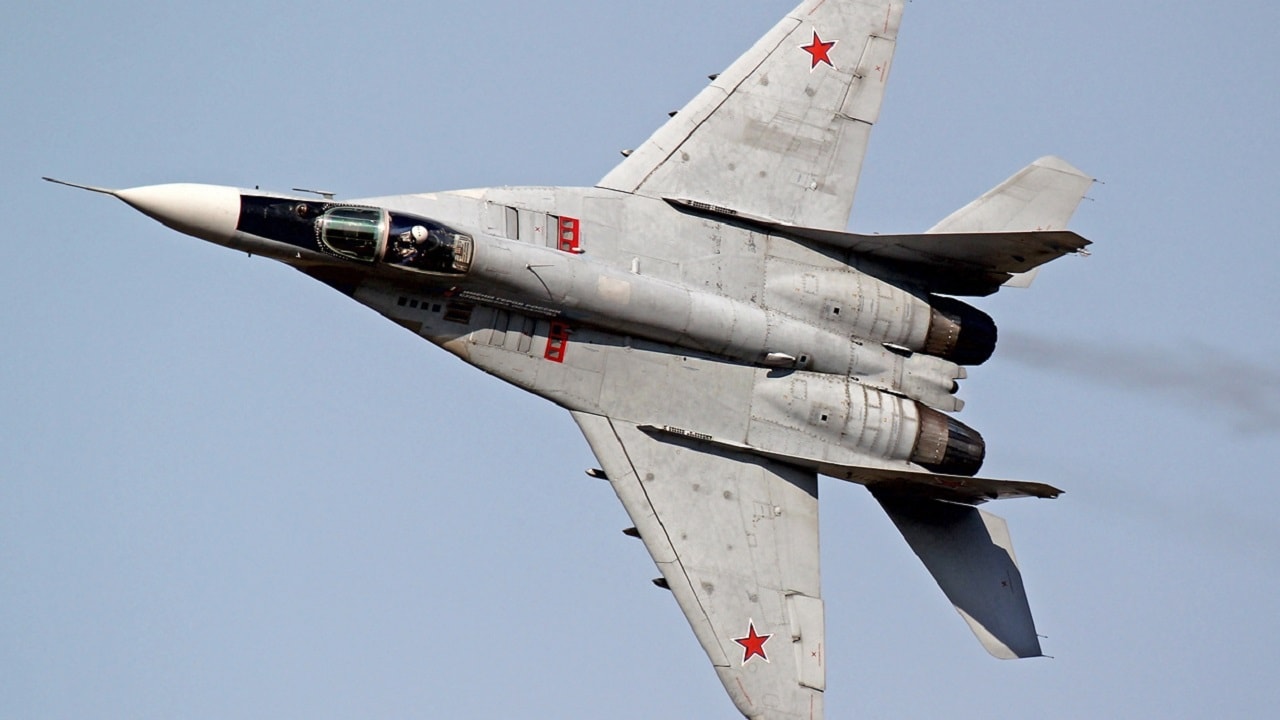 Is the Ghost of Kyiv real? As fighting rages in Ukraine following the Russian invasion that commenced Wednesday night, rumors are swirling about a lone Ukrainian MiG-29 fighter pilot shooting down six Russian fighters in a single day, earning the online moniker, “Ghost of Kyiv.”

Thus far, there has been no official confirmation of such an incredible pilot. Ukrainian forces have confirmed that at least seven Russian aircraft have been shot down since fighting began, but that doesn’t necessarily mean much. Fighting in Ukraine is spread over a large swath of territory, making it more likely that Russian aircraft have been shot down in multiple areas in multiple skirmishes… but just because the Ghost of Kyiv isn’t probable doesn’t necessarily mean such a feat isn’t possible.

According to memes and scuttlebutt (military rumors) floating around in aviation and military circles online, the Ghost of Kyiv has been credited with shooting down six Russian fighters in a single day; among them were some of Russia’s most capable and advanced platforms.

Now, the Su-25 Frogfoots are considered fighters, but they’re not designed for air-to-air combat. In some ways, these jets might be better compared to America’s own A-10 Thunderbolt II, which as we’ve discussed before, can fight in the sky, but really only as a last resort. However, Su-27 Flankers are super-maneuverable fighters designed specifically to compete with the likes of America’s best Cold War jets like F-14 Tomcat and F-15 Eagle.

The Su-35 is an updated iteration of the Su-27 made even more capable in the sky. In the past, some have argued that the Su-35 could even be a match for America’s F-22 within visual range (though that’s an assertion that would likely never come to pass, as an F-22 would be able to engage the Su-35 well before the Russians even knew it was there).

And then there’s the report of the Ghost of Kyiv also downing another MiG-29, which again, is no slouch as far as Soviet-era hardware goes.

The Mikoyan MiG-29, NATO reporting name Fulcrum, is an air superiority fighter designed by the Soviet Union in the 1970s to compete directly with capable American jets like the F-16 Fighting Falcon and aforementioned F-15 Eagle. It’s a twin-engine fighter that was originally designed specifically for air-to-air combat before incorporating more multi-role capabilities.

In 2019, it was reported that Ukraine maintains a fleet of 37 MiG-29s. These fighters are nearly 57 feet long, with a wingspan of just over 37 feet, and are powered by a pair of Klimov RD-33 afterburning turbofan engines that can each produce a whopping 18,340 pounds of thrust under afterburner. That makes this a Mach 2.25 capable fighter that’s rated for 9G maneuvers.

The MiG-29 carries 7 weapons stations—three under each wing and a single hardpoint on the aircraft’s centerline, and can carry around 8,800 pounds of ordnance. It also carries a single 30mm onboard autocannon with 150 rounds.

Glimmers of hope in Ukraine

There are some small glimmers of hope that the Ghost of Kyiv could be real, like this video released by the Ukrainian armed forces that looks a whole lot like a Ukrainian pilot in a MiG-29 downing a Russian fighter—seemingly either a Su-27 or Su-35. From this distance, it’s very difficult to differentiate between the two as the most prominent visual cues for a Su-35 versus a Su-27 are a lack of airbrake, different nose fairings, and a different landing gear setup.

But while this video is incredible to watch, some have questioned its veracity as well. If you trace the footage back to where it seems to originate, the description claims the air combat was recorded using DCS, or “Digital Combat Simulator.” DCS is a very popular combat flight simulator among aviation buffs, and we’ve even used footage from it in some of our YouTube videos in our AirPower series.

“This footage is from DCS, but is nevertheless made out of respect for ‘The Ghost of Kiev.’ If he is real, may God be with him; if he is fake, I pray for more like ‘him,’” the user wrote.

As much as many of us would love to believe the Ghost of Kyiv really did become a fighter ACE and then some yesterday (an ACE is a pilot with five kills), there just isn’t any hard evidence to suggest that this pilot and his incredible accomplishments really exist. Of course, it’s tough to know what’s really going on in Ukraine as the battle rages, but there are some hard facts that make this legend seem unlikely.

First and foremost, downing six enemy fighters in a single day would require a substantial air-to-air loadout. The MiG-29 can feasibly carry a total of six air-to-air weapons like Ukraine’s R-27R SARH medium-range missile, R-27T medium-range missile, or the R-73 short-range missile. It would be almost impossible for a single fighter to score six kills in a single sortie with one weapon for each engagement. So for the Ghost of Kyiv to be real, the pilot likely had to fly multiple sorties in a single day, quickly re-arming between each. Again, this is indeed possible, but unlikely.

The unlikelihood increases when you consider that the MiG-29 Ukrainian pilots fly, as well as the weapons they operate, are nearly identical to Russian MiG-29s and their loadouts, meaning Russian pilots should be well versed in how to utilize countermeasures to avoid being shot down. Imagine American fighter pilots squaring off against F-16s—they’d be well aware of their opponent’s capabilities and common tactics.

But right now, no one can say for sure

Of course, with fighting ongoing in Ukraine and the fate of the embattled nation still unknown, it’s very difficult to assess the veracity of claims like those surrounding the Ghost of Kyiv. Could it be true? Yes. Is it likely to be true? Probably not.

But regardless of whether a single pilot shot down six Russian fighters yesterday or if six different Ukrainian pilots each shot down one, these men and women are fighting for the very fate of their country. That warrants respect, ACE or not.

And as far as this fan of both aviation and democracy is concerned, I too want to believe in the Ghost of Kyiv.