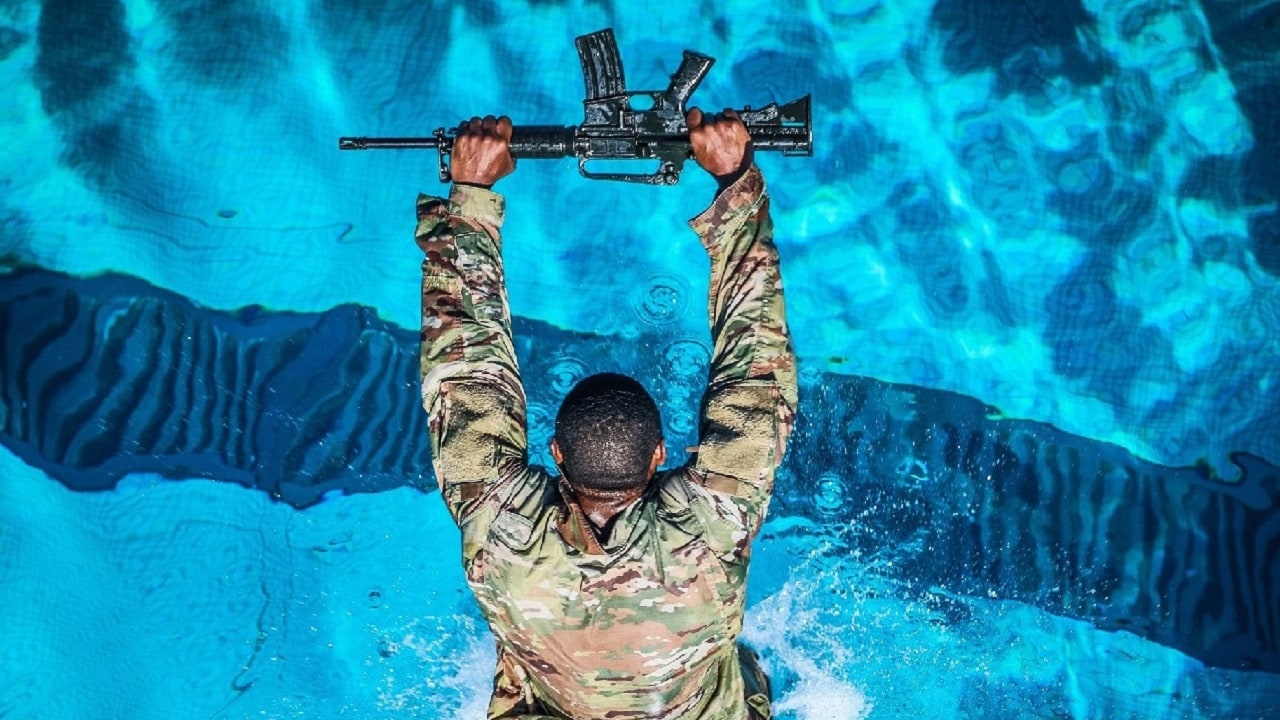 A Soldier completes a swim test at Schofield Barracks, Hawaii, May 14, 2021, while practicing for an upcoming Jungle Operations Training Course.

Yes, there are US Special Forces that conduct dangerous missions when boarding a vessel is needed: What happens when a suspicious ship doesn’t comply? What is the standard operating procedure to board a damaged enemy vessel? Who is responsible for such operations? How are they conducted?

The answer to all of the above questions is contained in a very special mission set that is usually the purview of special operations forces, such as Navy SEALs, Marine Raiders, and Army Special Forces.

And that mission set is called Visit, Board, Search, and Seizure (VBSS).

Getting on the suspicious or enemy ship also presents another challenge. Whether it is done via helicopter or a small boat, the approach entails a lot of dangers and opportunities for something to go wrong. It takes a lot of training for the helicopter pilot or the captain of the small boat to hold his aircraft or vessel steady for the special operators to climb on the target vessel, often during the night and in rough seas.

Preparing for the real deal

Last week, Marine Corps forces got to hone their VBSS skills during a large-scale exercise in the Pacific Ocean.

Marines from the 31st Marine Expeditionary Unit used the USS Miguel Keith, a Lewis B. Puller-class expeditionary mobile base, to practice their VBSS standard operating procedures. Should the U.S. be involved in a conflict with China, the VBSS mission set will become very important as the Chinese military can field more than 700 vessels.

“Sea-denial operations with cruisers and destroyers, seizing key maritime terrain with aviation and surface movement, guaranteeing freedom of movement–these are the things we do every day in the Indo-Pacific. This exercise validates the ability of US forces, and allies to establish sea control and maintain readiness while also providing security and enabling stability,” Navy Captain Tom Ogden, the commodore of Destroyer Squadron 7, said in a press release.

But VBSS operations aren’t just for war. A warship can deploy its Navy SEAL or Marine element to combat piracy, stop smugglers, and conduct customs inspections without necessarily resulting in the use of disproportionate force.

Only recently, a small team of Danish Navy SEALs were involved in a lethal firefight with pirates off the coast of Nigeria during a VBSS operation.

“Training for these dangerous evolutions is key for our team if tasked to board non-compliant vessel in the future. Using the Miguel Keith for this operation enabled the VBSS team to maneuver and train on a new platform, advancing their knowledge and skill,” Marine Corps Lieutenant Colonel Michael Jones, the executive officer of the 31st Marine Expeditionary Unit, stated.