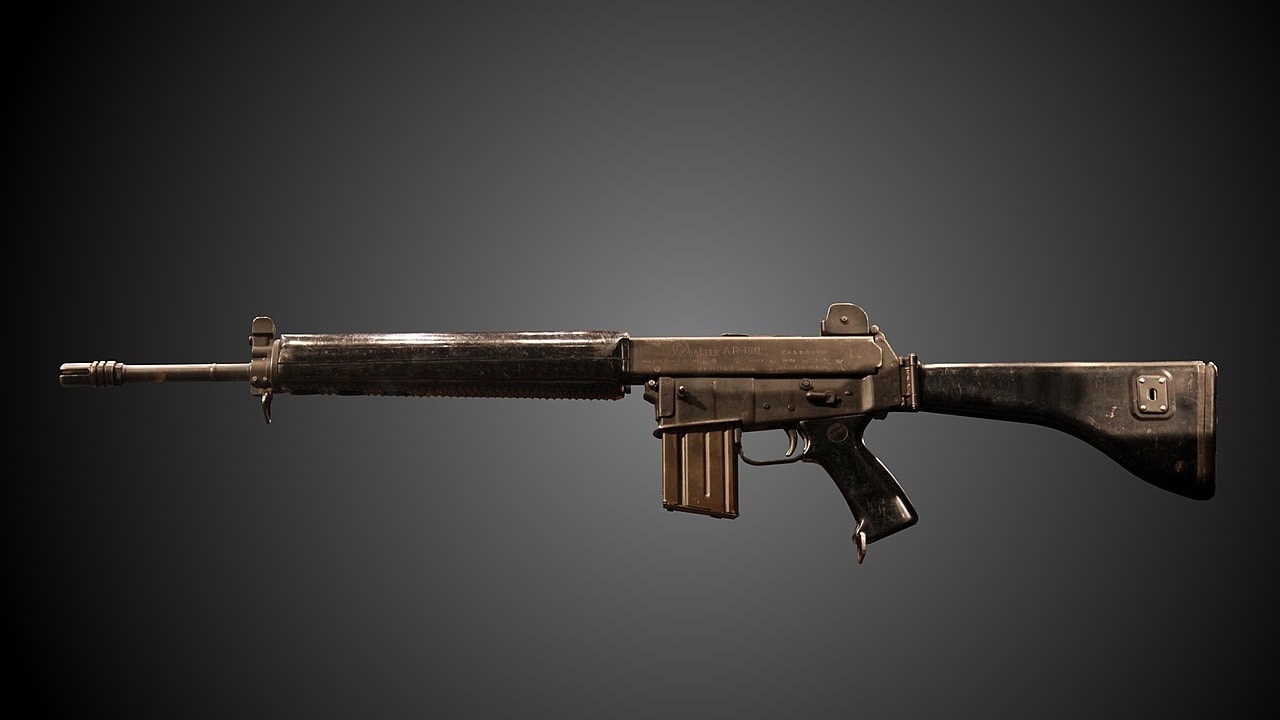 The AR-18 is without a doubt one of the most influential rifles ever created. It may not be as popular as the AR-15, however it made history.

The AR-18, while clearly not well known outside of firearms expert circles, is without a doubt one of the most influential rifles ever created. It may not be as popular as the AR-15, however, it made history. Here is its story: Without a doubt, Eugene Stoner’s AR-15 rifle absolutely dominated the military, police, and civilian market. Obviously, the military market made significant changes to the AR-15 to create the M16 and M4. Heck, it still continues to change and adapt the platform. The AR-15 is a household name in the firearms community, but it’s not the only Armalite rifle on the market. Its younger brother, the AR-18, might have never gained the same fame, but it’s a fascinating rifle.

History of the AR-18

Armalite sold the rights to the AR-15 to Colt in January 1959 but was far from calling it a day. As time progressed, they developed a variety of rifles, albeit none with the same success as the AR-15. Eugene Stoner did work on a number of rifles, including the AR-16. This bears mentioning because there is some debate on Stoner’s involvement with the AR-18. You see, the AR-16 was a 7.62 NATO rifle developed for the military market. However, it never took off, and Stoner left Armalite in 1961.

The development of the AR-18 began in 1963 with Arthur Miller, George Sullivan, and Charles Dorchester designing the rifle. The AR-18 was very similar to the AR-16, except it was a 5.56 caliber rifle. Both guns utilized a short-stroke gas system, a folding stock, and a magazine-fed design. They were designed to be produced cheaply.

It’s not fair to say that Stoner designed the AR-18, but he does get some credit for his contribution to the AR-16.

The idea was simple: Armalite wanted a rifle they could advertise as a cheaper alternative to the M16 series of rifles. They didn’t necessarily want to sell individual rifles but to give up and coming nations the means to produce their own AR-18s. They could license the rifle design and sell the machinery necessary to produce the rifle.

Beyond the AR-18 concept

While it seemed like a novel idea, it turned out that it was just cheaper to purchase M16s from the United States. Also, it was the Cold War, and America was quite generous in an effort to stop communism. The AR-18 floundered in sales. Howa of Japan licensed the design and produced domestic Japanese rifles, as did Sterling in the UK.

Armalite rifles found their way into the hands of the Irish Republican Army (IRA) and became a mainstay of its armory. However, the rifle simply didn’t attract the attention it deserved. In many ways, it replicated a western take on the cheap and easy to manufacture AK series.

The gun used a short-stroke gas piston system that differed greatly from Stoner’s direct impingement operation. Armalite didn’t want a lawsuit from Colt, so they utilized and refined the short-stroke gas-piston system. It wasn’t the first gun to use such a system, but arguably the Armalite design was the best on the market.

The gas piston design placed the gas system atop the barrel much like an AR. However, instead of a tube to directly feed gas to the rifle, it utilized a gas tap that propelled a gas piston that struck the bolt. This cycled the weapon.

Behind the bolt and bolt carrier sat a pair of recoil springs. These springs propelled the bolt back forward, loading the next round and closing the bolt.

The AR-18 and its short-stroke gas piston system proved to be compact, easy to manufacture, reliable, and perfect for rifle calibers. That’s where the magic lies.

The rifles it influenced

That short-stroke gas system is responsible for some of the most modern assault rifles in the world. This includes some older rifles like the British SA-80 and Steyr AUG. The gas-operated rotating bolt isn’t exactly original with the AUG. The SA-80 utilized the sheet-metal construction, and a bolt identical, a bolt carrier, and guide rods all essentially came from the AR-18.

Other firearms like the German HK G36 and HK 416 also utilized a similar short-stroke gas piston system. Both of these rifles are extremely modern and in use by some of the world’s most elite commandos. An HK 416 killed bin Laden in the hands of SEAL Team Six commandos.

The AR-18 might have never been the home run the AR-15 became, at least not for Armalite. However, the AR-18 is without a doubt one of the most influential rifles ever created. The short-stroke gas piston system is in use by our troops with the M27 IAR and SIG LVAW.

If you want your own AR-18, then the BRN-180 from Brownells is as close as you can get on the modern market.

Travis Pike is a former Marine Machine gunner who served with 2nd Bn 2nd Marines for 5 years. He deployed in 2009 to Afghanistan and again in 2011 with the 22nd MEU(SOC) during a record-setting 11 months at sea. He’s trained with the Romanian Army, the Spanish Marines, the Emirate Marines, and the Afghan National Army. He serves as an NRA certified pistol instructor and teaches concealed carry classes. This first appeared in Sandboxx News.