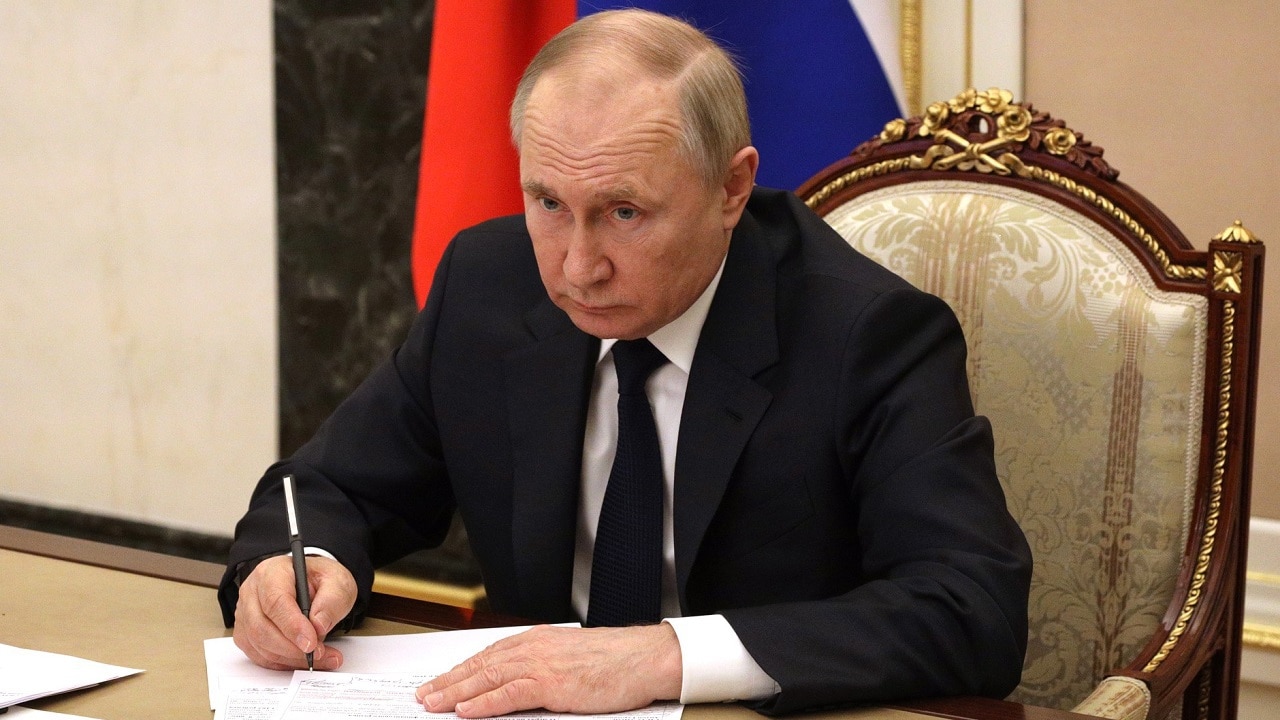 President of Russia Vladimir Putin Meeting with members of the Government (via videoconference).

Writing on Twitter, the head of the European Union Delegation to Ukraine, Matti Maasikas, criticized the Russian Federation for allegedly kidnapping Ukrainian children and forcing them to be adopted by Russian families.

Maasikas said Russia’s actions were a violation of international law.

“After Ukraine’s journalists, activists, local officials, other civilians, Russia has begun to abduct Ukrainian children. This, as well as their planned so-called ‘adoption’ by Russian families, is yet another cynical, appalling violation of International Humanitarian Law. Russia will be held accountable,” Maasikas said.

Earlier in March, the United States Embassy in Kyiv accused Russia of kidnapping thousands of children from Ukraine, as well as multiple local officials.

“According to the Ukrainian Foreign Ministry, Russian forces have illegally removed 2,389 Ukrainian children from Donetsk and Luhansk oblasts to Russia,” the embassy wrote on Twitter. “This is not assistance. It is kidnapping.”

Ukraine accused Russia in March of kidnapping children from the city of Mariupol – which has since been almost entirely destroyed by Russian forces.

Speaking to Times Radio, Ukrainian Member of Parliament Inna Sovsun said that children and adults are being taken by Russian troops.

“They’re taking Ukrainian citizens, sending them through what are called filtration camps, and then relocating them to distant parts of Russia to work for free,” she said. “This is the logic of Nazi Germany.”

Russian Senator Lilia Gumerova drew criticism this week after expressing her shock that many Ukrainian children taken from Ukraine’s cities – which she described as “liberated territories” – did not speak fluent Russia.

Part of Russia’s negotiations with Ukraine over a possible ceasefire includes a discussion over whether Russia should be considered an official language in Ukraine, which Ukrainian President Volodymyr Zelenskyy and his government’s representatives have rejected.

In a testimony that went viral this week, Senator Gumerova said that Ukrainians “adopted” by Russians will go through summer schooling to “liberate their tongues” and learn Russian.

If Russia is incapable of conquering Ukraine and establishing the independence of the eastern Ukrainian regions of Luhansk and Donetsk, it is unclear what will happen to children taken from Ukraine.

In the meantime, Russia has an opportunity to shape the minds of thousands of young Ukrainians – which could be the entire reason this is happening.

The Kremlin demonstrated its ability to shape the minds of young Russians last month when a video was published by Russian students from the elite Moscow State Institute of International Relations. In the video, students address the people of Russia and parroted Russian President Vladimir Putin’s claims that Ukraine is responsible for the aggression in the region.

“We want to live with our Ukrainian peers in peace and brotherhood which has existed between us for centuries,” one student said in the video.

Another student stated that Russia had initiated a “special military operation” in Ukraine to facilitate the “denazification of Ukraine,” to confirm Ukraine’s neutral status and recognize Crimea as Russian territory.