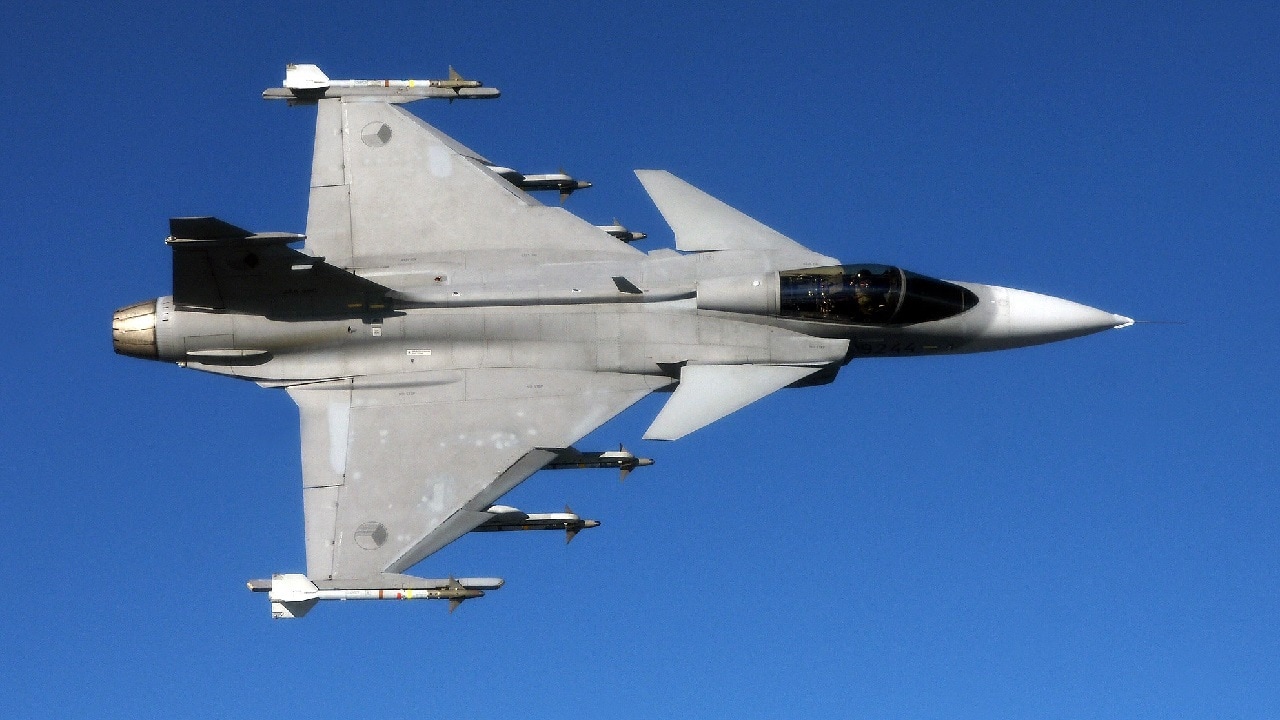 Speaking to Reuters, an unnamed official from the United State Department of State revealed on Thursday how the possibility of Sweden and Finland joining the North Atlantic Treaty Organization (NATO) was discussed during a meeting of foreign ministers of the military alliance earlier this week.

The official told Reuters that it will “obviously” be the decision of the two countries to make, but that NATO allies are willing to accept both Sweden and Finland.

“The alliance’s open door remains open and there was discussion about that potential candidacy,” the official said.

Within just the last few months, the likelihood of Sweden joining NATO has increased dramatically – as well as public support for the idea.

Oscar Jonsson, a researcher from the Swedish Defence University in Stockholm, told EuroNews that there have long been three things standing in the way of Sweden joining the military alliance.

“Traditionally there’s been three ‘vetoes’ against NATO membership in Sweden. One has been popular opinion, one has been Finland, and one has been the Social Democrats,” he said, referencing the party of Prime Minister Magdalena Andersson who governs with the support of her minority government.

“Needless to say public opinion, and Finland, is shifting rapidly and causing a lot of pressure on the Social Democratic Party,” he said.

The Social Democrats, and Swedish citizens, have long held that joining NATO would destabilize Europe – not least because Russia strongly opposes having another member of the Western military alliance on its doorstep. In March of this year, Prime Minister Andersson warned that it would “increase tension” if Sweden were to join, but just weeks later, her position appeared to shift somewhat.

“I do not rule out NATO membership in any way,” Andersson said during an interview on the country’s state broadcaster, SVT.

“But I want to make a well-founded analysis of the possibilities open to us and the threats and risks involved, to be able to take the decision that is best for Sweden.”

In a poll published later that month, support increased to six out of 10 Swedes.

What prompted her change of tune? Unquestionably, the war in Ukraine.

Andersson said that the country’s non-membership of NATO has long allowed the country to stay out of conflict, but added that the current geopolitical situation could make her government rethink its position.

“But when the whole map of security politics is being rewritten, you need to update your analysis and take your decision based on that,” she said.

If Sweden does make the decision to join NATO, it will take a major risk analysis by the nation’s government and legislators to determine whether joining the organization puts the country at greater or lesser risk of conflict with Russia.

One of the reasons the idea of Sweden joining NATO is so controversial is that Russia has long opposed the organizations’ expansion eastward. While Sweden doesn’t share a border with Russia, the two countries do have a long history of economic cooperation with Russia, as well as deep cultural and historic ties to the country.

On Thursday, Kremlin spokesman Dmitry Peskov said that if Finland or Sweden were to join NATO in the wake of the war in Ukraine, Russia would be compelled to “rebalance the situation” with new measures. He did not, however, explain precisely what he meant by “rebalance” – a decision that was likely intentional.

“We’ll have to make our western flank more sophisticated in terms of ensuring our security,” he told British news channel Sky News.

Thankfully, however, Peskov said that Sweden joining NATO would not be considered an “existential threat” to Russia – a threshold the Kremlin has previously said would result in the use of tactical nuclear weapons against NATO forces.

In this article:NATO, Putin, Russia, Sweden, Ukraine, War in Ukraine