It is now apparent that Russia will not conquer Ukraine. Russian President Vladimir Putin has significantly over-reached. His defense ministry recently scaled back its war aims. The army now claims to only seek to gain the eastern Donbas region of Ukraine. If Putin follows through on this change, it should take pressure off the Ukrainian capital and the Black Sea coastline.

The War is Stalemated, Perhaps even Turning against Russia

There is obviously much cause for skepticism. Putin has limited his goals because Russia is stalemated in the war, perhaps even on the cusp of losing. It is highly unlikely that Putin has changed his beliefs that Ukraine is a fake country that should be controlled by Russia.

Nevertheless, this partial de-escalation is the first step toward resolving the conflict. Now that Putin’s offensive has culminated, he is unlikely to make any major new gains. Perhaps his concentration of forces in one area of operations will reverse his fortunes, but the Ukrainian military has now demonstrated good capability and high morale. It is also receiving a flood of NATO weaponry and aid. And sanctions will bite ever more deeply on the Russian economy as time passes.

So a stalemate in Donbas seems likely. At some point after that, Russia will sue for peace. As the tide turns, Putin will have an incentive to stop the fighting at the point of his maximal territorial expansion. Ukraine of course will have mixed feelings on stopping. It will see Russian weakening as a chance to pursue territorial re-conquest of earlier losses. The two sides will likely fight each other to a stalemate in the next few months.

At that point, the two sides will be in what international relations theory calls a ‘mutually hurting stalemate.’ Neither side will be able to escalate to win decisively. Russia will likely not use a weapon of mass destruction to win, and NATO will not support Ukraine to carry the war inside Russia, which means Russia could carry on fighting indefinitely. So more fighting changes little on the ground. The belligerents get exhausted and start looking for an exit. The later period of the Korean War is a classic example of this mutually hurting stalemate.

Some kind of negotiated war termination deal is the next step. A Ukrainian peace is in sight, and indeed, various ideas for a peace deal floated around last month. Much of this has focused on what concessions Ukraine might make in exchange for a Russian withdrawal.

But just as important will be the conditions placed on Russia. There will be an enormous, understandable desire by both Ukraine and the West to punish Russia. The war is a flagrant violation of Ukrainian sovereignty, and Russia has conducted it with shocking carelessness about civilian casualties. Ukraine will also face massive reconstruction costs which it will expect Russia to support.

What Conditions on Russia?

There must be some punishment. It would be a terrible signal to imperialists and revisionists everywhere, especially China regarding Taiwan if Russia were to conquer territory, kill many people, and then otherwise re-enter the world economy and international society. 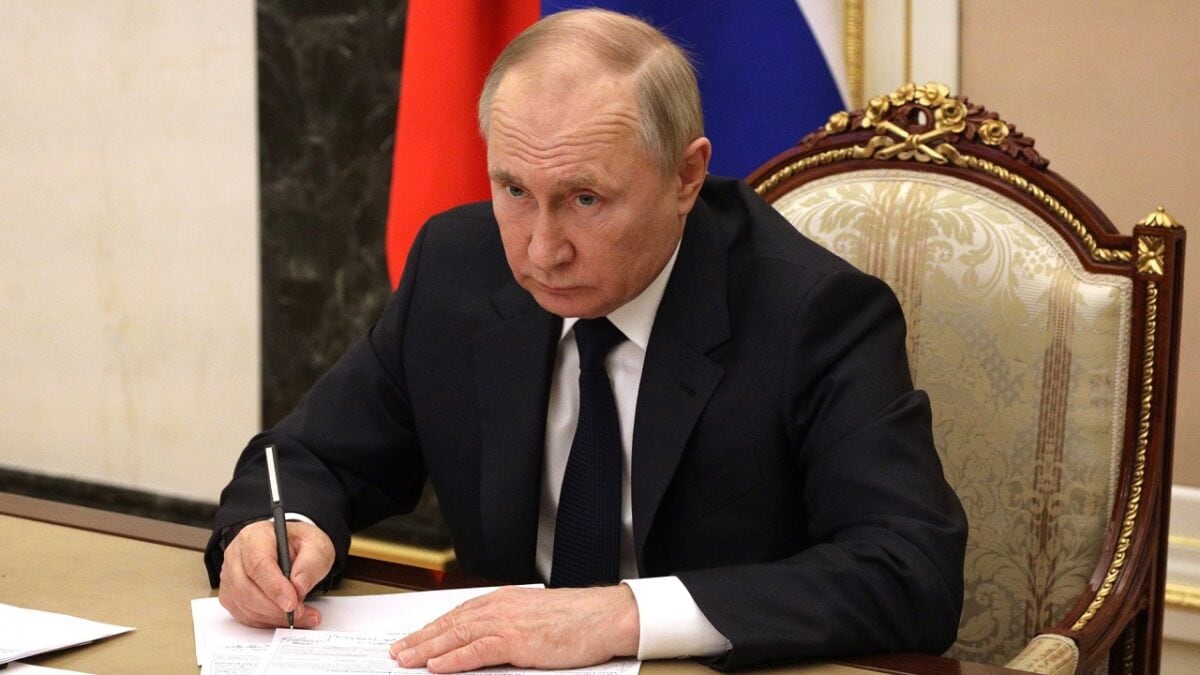 President of Russia Vladimir Putin Meeting with members of the Government (via videoconference).

On the other hand, we know from Germany in the 1920s and Russia itself in the 1990s, that humiliated great powers can birth revanchist movements demanding aggressive foreign policies. We must strike a careful balance – punishing Russia harshly enough to deter future aggression and give some justice to Ukraine, but not so much that Russia’s post-war course becomes even more reckless because it sees no exit from its current isolation.

Russia is so large that trying to isolate it permanently as if it were North Korea or Syria is both very difficult and extremely dangerous. Russia would become a massive rogue state undercutting global politics at every turn. Instead, we (Ukraine and the West) should determine the conditions under which: 1) sanctions would be rolled back, 2) Russia would have access to Western markets and banking again, and 3) Russians could travel again to the West.

The full withdrawal is the most obvious condition. Any Ukrainian territorial concessions, such as Crimea, must be agreed to by Ukraine. Another is a reasonable indemnity to help Ukraine rebuild. Crucially though, this cannot be crushing like the reparations France forced on Germany after World War I.

The big issue though is the persistence of Putin himself in power. Putin is now Russia’s greatest obstacle to re-normalization. No one trusts him. China and India may still do business with him, but that is obviously cynical and instrumental. Even if Western sanctions lighten after the war, they are unlikely to be rolled back completely if Putin stays president. And the ‘shadow sanctions’ of Western businesses voluntarily leaving, even when not required, will also not likely stop until Putin is gone. Apple, Ikea, Honda, and so on will likely avoid the risks of the Russian market until a durable, post-Putin settlement is achieved.

Putin will fight such an outcome, but his personalist, dangerous regime will need to liberalize before Russia can resume normal diplomacy. Putin himself, for example, will probably never leave Russia again. For Russia, the choice is Putin or an indefinite, partial exclusion from global diplomacy and trade. At this point, even ending the war will not alleviate that dilemma too much.

In this article:Crimea, Donbas, Putin, Russia, Ukraine, War in Ukraine