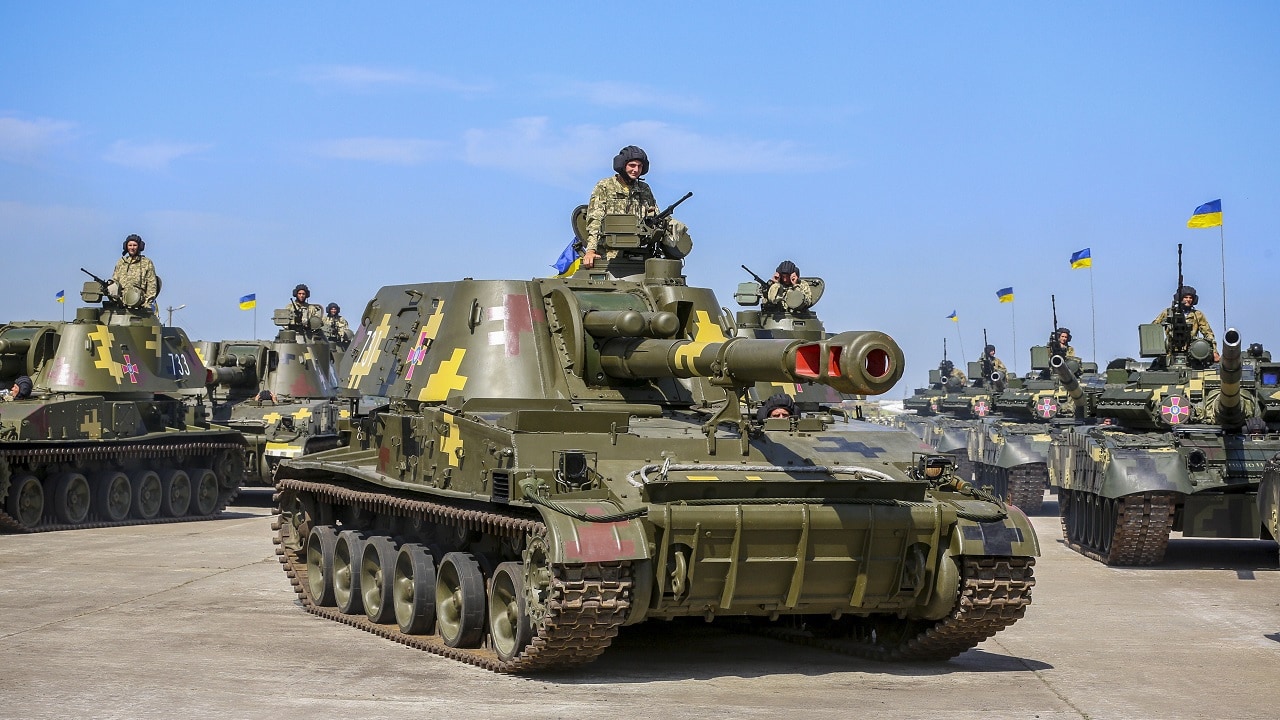 Russia’s Artillery Staple: the 2S3 Akatsiya Artillery System – As a relic of the late Cold War, the Soviet-designed 2S3 Akatsiya continues to see heavy use by both Russia and Ukraine in Russia’s invasion of Ukraine. Despite its age, the artillery system (whose Russian nickname means “Acacia” in English) is capable of firing advanced guided shells, which has helped cement its status as a staple of Russia’s artillery arsenal.

Basics of the 2S3 Akatsiya

Development on Russia’s 2S3 Akatsiya first began in the 1960s, before the system was officially accepted into service in 1971. According to the Russian Ministry of Defense, the Akatsiya is powered by a V-59U engine and is furnished with an automated mechanical loading mechanism. The Akatsiya is equipped with a D-22 152 mm main howitzer gun as well as a PKT 7.62 mm machine gun to defend the vehicle from infantry. In keeping with its nature as a self-propelled artillery gun mounted on tank treads, the Akatsiya is capable of moving at rapidly on and off road.

Modernized versions of the Akatsiya known as the 2С3М and 2С3М1 were introduced in 1975 and 1987 respectively. These versions reworked and expanded the Akatsiya’s ammunition storage capacity to its current size and gave the gun the capability of firing modern guided shells.  According to Russian sources, the Akatsiya is designed to withstand attack or the effects of chemical, biological, and nuclear weapons through ventilation filters and cabin-sealing technology which can be automatically activated in the event of a nuclear strike, thereby protecting its 4-man crew. Production of the howitzer was officially discontinued by its manufacturer Uraltransmash in 1993, shortly following the collapse of the Soviet Union.

Modern Characteristics of the Akatsiya

In an effort to extend its service life, Russian military leaders have chosen to modernize the system, which already serves alongside the 2S19 Msta self-propelled artillery system that was designed to be its replacement. This modernization has made progress in in the past few years, as the first batch of modernized Akatsiyas were delivered by Uraltransmash to the Russian armed forces in May 2021 according to reports by Russian state media. These Akatsiya models are updated to the 2S3M2 configuration, which includes upgrades in communications equipment and the replacement of certain component to suit Moscow’s import substitution policies.

Part of the reason the Akatsiya has been able to remain in service to the present day is the ability of modernized versions of the self-propelled artillery system to fire the 152 mm Krasnopol laser-guided artillery shell. This munition is designed to strike specific targets with more precision than unguided munitions, making it well suited for counterbattery fire and strikes on command centers or strategic points.

Service History of the Akatsiya

The Akatsiya has seen considerable service around the world through its various operators. In addition to seeing service in the Soviet Invasion of Afghanistan, Akatsiyas have been used in practically every major conflict involving Russia since the breakup of the Soviet Union, including Moscow’s intervention in Syria and its 2014 invasion of Ukraine’s Donbas. Ukrainian and Russian Akatsiyas have seen heavy use since Russia’s February 2022 invasion of Ukraine, helping return the howitzer to some international attention. The system continues to be of interest to foreign customers such as the Belarusian Armed Forces, who received a shipment of modernized Akatsiyas earlier this month.

While Russia’s Akatsiyas are old, their employment in Ukraine and ongoing modernization indicate that Moscow wants to squeeze more use out of its Akatsiyas before retiring them.