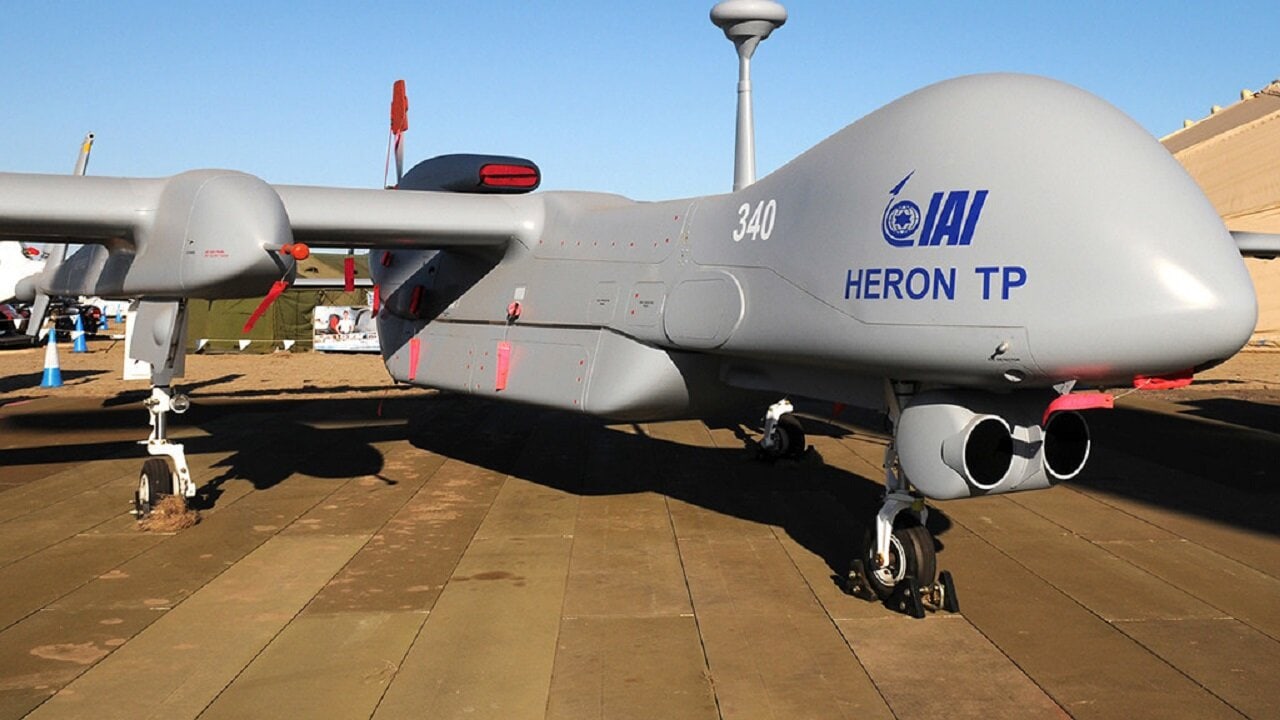 Israel’s IAI Eitan “Steadfast” unmanned reconnaissance aircraft, also known as Heron TP, made headlines last month when The Defense Committee of the Bundestag gave the green light for Germany to purchase 140 of these armed drones in a contract worth $165 million.

The Heron TP was developed by the Malat division of Israel Aerospace Industries and initially entered service in Israel’s Air Force in 2010. Israel’s 210 Squadron became the first unit to operate the drone shortly after. The armed drone’s inception, however, dates back to 2004. At this time, the Israeli Air Force magazine publicized the existence of the drone program and reported that two prototypes were already in the works. The Eitan prototype was first unveiled in 2007 at a media event at the Tel Nof Airbase.

Equipped with a state-of-the-art design, the Heron TP is 13 meters-long and hosts an all-composite airframe. The drone possesses a 26-meter long wingspan, providing an extremely high aspect ratio. As a medium-range, long-endurance UAV, the Heron TP can function at altitudes above commercial air traffic at over 41,000 feet and features de-icing systems, all-weather capability, and automatic takeoff and landing (ATOL) systems. Additionally, it can fly for approximately 40 hours straight and has a payload of 1,000 kilograms. The drone is powered by a 12,00hp Pratt and Whitney PT6A-67A turboprop engine, enabling it to fly at speeds of about 200 knots. The drone’s triple redundancy in all avionics systems makes it a powerhouse in the Israel Air Force’s arsenal.

Although the Heron TP was not incorporated by the Israeli Air Force until 2010, the armed drone was used by the IDF in combat missions prior. The Heron TP reportedly saw air in the 2008 Operation Cast Lead, a three-week-long battle between Hamas militants and the IDF in Gaza. In 2014, the Heron TP’s satellite datalink and electro-optical infrared sensors aided the IDF in Operation Protective Edge in Gaza. The former commander of Israel’s 210 “White Eagle” Eitan Squadron elaborated on the drone’s usefulness in combat, “We always say we start the war two weeks before and finish two weeks later. We begin collecting intelligence before fighting breaks out and then after the fighting has finished we collect intelligence to assess the damage inflicted on our enemy.” The Commander is referring to the real-time imagery and telemetry data the Heron TP collects and then transmits to the ground control system.

The Heron TP remains a critical component of the Israel Air Force’s growing drone fleet. Its ability to stay in the air longer and gather very precise intelligence remains an asset to the IDF.

In this article:Drones, Heron TP, Israel