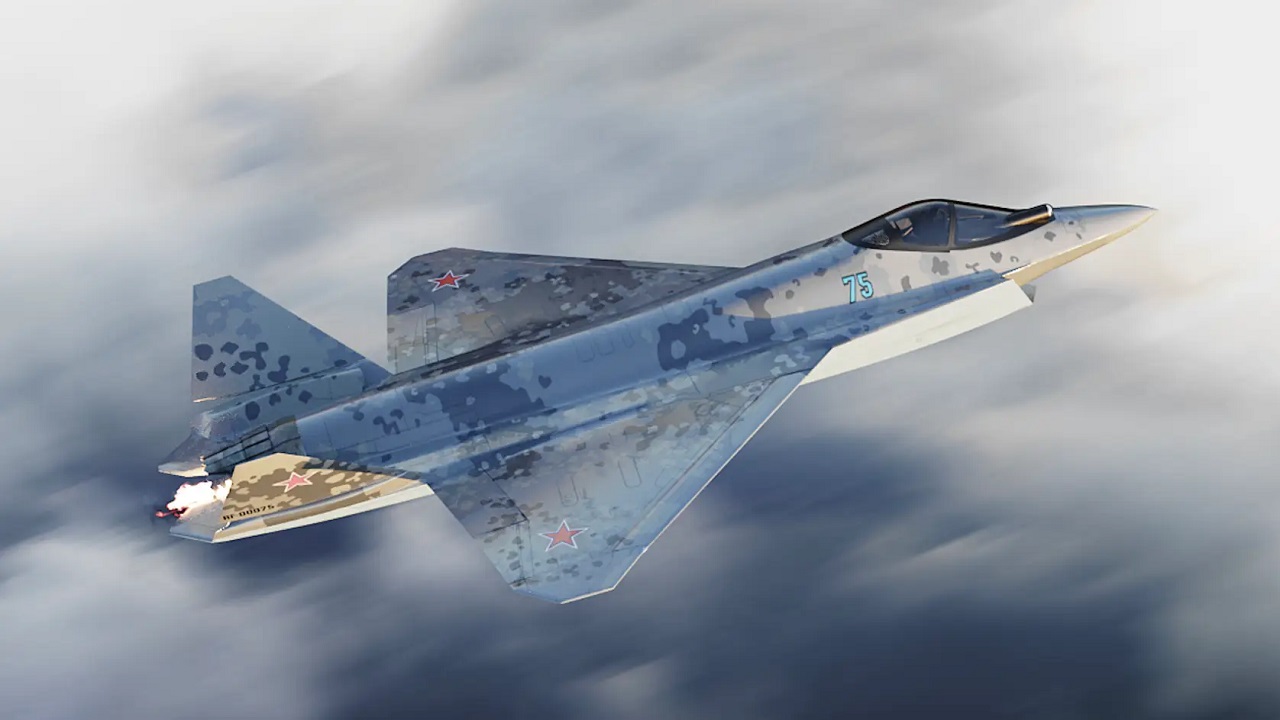 Russia unveiled the Su-75 “Checkmate” aircraft late last year at the Dubai Air Show. Billed as a cheaper alternative to the U.S.-made F-35 stealth aircraft, another mockup of the Su-75 appeared at the Moscow Air Show last summer. Moscow is trying to drum up interest because the Su-75 will only be built at all if foreign investors drop big money on it.

The UAE is reportedly interested in co-producing the Su-75 with Rostec, thus ending the Emirati attempt to get the F-35 from the United States. Moscow and the UAE were working toward co-producing a new fifth-generation fighter based on the MiG-29 back in 2017, but that project amounted to nothing.

According to Sergey Chemezov, the head of Rostec, the Su-75 will have a range of roughly 1,800 miles without external fuel tanks, and a maximum combat load of more than 16,500 pounds. Chemezov has also claimed the aircraft will carry a group of drones onboard and engage up to six targets simultaneously. But the main selling point in Dubai is that the per-hour cost of flying the Su-75 will be seven times cheaper than the U.S. F-35 stealth fighter.

But before countries in Africa, Latin America, and the Middle East open their checkbooks to order the new and cheaper prototype, history would like a word of counsel.

As Alex Hollings from Sandboxx wrote last year, “Russia has a long and illustrious history of exaggeration when it comes to unveiling new defense technologies, from the Uran-9 infantry robot that garnered global headlines despite secretly not working at all, to the Checkmate’s older sibling, the Su-57, which is considered the least stealth of its fighter generation and currently exists only in token numbers.”

It gets even worse, Hollings writes, because, “Even successful designs like the T-14 Armata main battle tank are smothered under a lack of funding, with Russia unable to produce or field them in any reasonable numbers.”

Something Smells, and Not Just the Perfume

The Su-75 may not be a stealth aircraft at all. A carefully worded statement by Rostec in November said, “Importantly, the aircraft is capable of accomplishing any tasks outside the area of the operation of air defense weapons, thus saving the pilot’s life.” Nothing about that sounds like a confident description of a stealthy, fifth-generation aircraft.

Initial reports said the aircraft was slated for flight in 2025, but after meeting with Russian President Vladimir Putin on May 18, Rostec announced that production wouldn’t begin until 2027.

“Work is in progress on the design documentation for the light fighter,” Rostec said. “We borrowed the onboard equipment and engine from the fifth-generation Su-57, but reconfigured them,” Chemezov added.

The Checkmate’s potential customers need look no farther than the Su-57 “Felon.” It has been in development for more than 15 years, and only three have been built. On its maiden flight, the Su-57 crashed soon after takeoff. When it finally becomes operational, the Su-57 will be powered by the Saturn AL-41F1 low bypass turbofan combat engine. This engine is from the 1980s. Due to economic sanctions, the Su-57 isn’t expected to get a new engine until late this decade. There can be little doubt that the much-hyped Su-75 will face challenges of its own.

Rostec filed a patent with the Russian Federation’s Federal Intellectual Property Office and said they are fixing the shortcomings and weaknesses of the American Lockheed F-117A “Nighthawk.” The first true stealth fighter, the Nighthawk was fielded in the late 1980s and was retired in 2008.

Rostec even rolled out a limited-edition perfume at the Dubai Air Show to hype the Su-75. It is going to have to do more than that to convince countries to invest in this aircraft. Fifth-generation? Not so much.