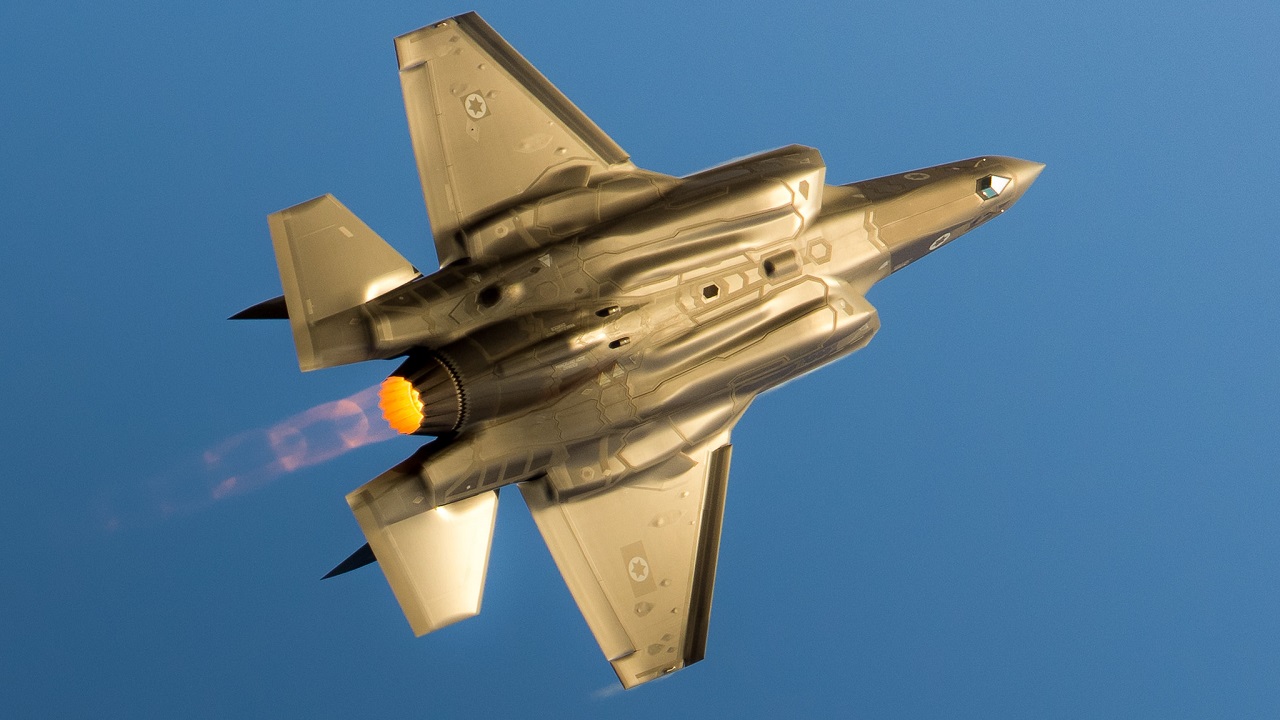 F-35s and F-15s Make the Isreali Air Force a Powerhouse: The Israeli Air Force (IAF) is largely considered to possess the most advanced and formidable fleet of airframes in the Middle East. Its arsenal is primarily comprised of American-made planes that the IAF have uniquely modified to fulfill the military branch’s operational aims. Surrounded by hostile adversaries including Hezbollah, Hamas and Iranian-backed proxy groups, the IAF depends on its fleet of fighter jets to strike targets right beyond its borders. Additionally, the IAF has to prioritize the increasingly threatening position of the Islamic Republic of Iran. Israel needs fighters that can travel long-ranges to reach Iran’s nuclear assets and other targets. The IAF’s leading fighters are unquestionably its F-35I Adir and F-15I Ra’am (Thunder) variants.

While Israel’s F-15I fighters have been superseded by fifth-generation jets, they have remained the IAF’s “strategic aircraft.” The airframe is the IDF’s version of the American-made F-15E Strike Eagle. The Thunder first entered service in Israel’s Air Force in the late 1990’s and has played a vital role in the military branch’s operations for over two decades now. Israel’s Defense Forces (IDF) first recognized the need to obtain long-range capable airframes following the 1991 Gulf War. Equipped with hardly mediocre air defense systems, the Jewish state suffered from frequent barrages of Iraq’s SCUD ballistic missiles. To rectify this shortfall, the IDF procured its first fleet of F-15 Eagles from the U.S., which the IAF modified to suit the needs of Israel’s military better.

Featuring a larger frame, the Thunder can carry greater quantities of weapons than sleeker, smaller airframes like the fifth-generation F-35. The Thunder has a combat load of four AIM-7 Sparrow radar-guided missiles and four AIM-9 Sidewinder infrared-guided missiles and an M61 Gatling gun. Additionally, the Thunder’s conformal fuel tanks serve Israel’s longer-range missions well, as they add the necessary range to reach targets further away. Internal weapons storage and long-range abilities are the two most critical factors that set the F-15I apart from the F-35I.

The F-35I Adir’s history with Israel’s Air Force dates back to 2010, when the Jewish state became the first country outside of Lockheed Martin’s F-35 Joint Strike Fighter nine-nation co-development group to purchase the fighter. In addition to becoming the first foreign military to acquire the advanced fifth-generation jet, Israel was also able to circumvent Lockheed Martin’s previous refusal to undergo major client state-specific modifications to the airframe and procure a custom variant. The F-35I Adir was the outcome of this arrangement. Largely described as the most dominant fifth-generation fighter on the planet, the F-35 (even without the IDF’s specifications) serves as a deterrent from the ground. However, the IAF’s specifications for the airframe have only elevated it.

As detailed in an earlier piece in 19FortyFive, “The F-35I variant can be externally modified by the Israeli Air Force (IAF), which also has access to the jet’s advanced digital architecture, including its communication systems, electronic warfare and surveillance suite, and mission control hardware. Included in the ‘Mighty One’s’ Israeli-made hardware is an electronic warfare system that has a ‘plug-and-play’ function for add-on systems like air-to-air missiles and external electronic warfare pods.” While the F-35 fulfills many needs for Israel’s Air Force, its dependence on mid-air refueling for long-range missions remains a sticking point.

In January, Israel’s Defense Ministry agreed to procure two Boeing KC-46A refueling tankers and 12 Lockheed Martin CH-53K helicopters in a “long-expected deal.” While these tankers would allow the IAF to perform operations in Iran and other long-range targets, its procurement of these essential airframes has been stalled due to developmental challenges and delays. It is currently estimated that the Jewish state will not see the KC-46A tankers or CH-53K helicopters on its soil until 2025.

Iran’s escalating malign behavior does not bode well for the 2025 timeframe. The regime is inching closer to its nuclear breakout time and actively strives to expand its nuclear research and raw materials development programs. Evoking the Begin Doctrine, the IDF has carried out numerous operations in recent years to combat Tehran’s nuclear progress. According to The Wall Street Journal, “Israel has carried out more than 400 airstrikes against Iran and its allies in Syria since 2007.” Last month, Israel was accused of carrying out an attack that destroyed an Iranian drone facility outside of Iran. The Jewish state has also been linked to the killings of Iranian scientists tied to the regime’s nuclear program.

As Iran ramps up its increasingly hostile behavior, the IDF will emphasize a greater scale of operations targeting its adversaries’ nuclear assets. For this reason, the preservation of the F-15 Thunder in the IAF’s arsenal is instrumental to Israel’s long-term plan. Coupled with the F-35 and its capabilities, the Thunder provides unparalleled weapons storage and range potential to the IAF.