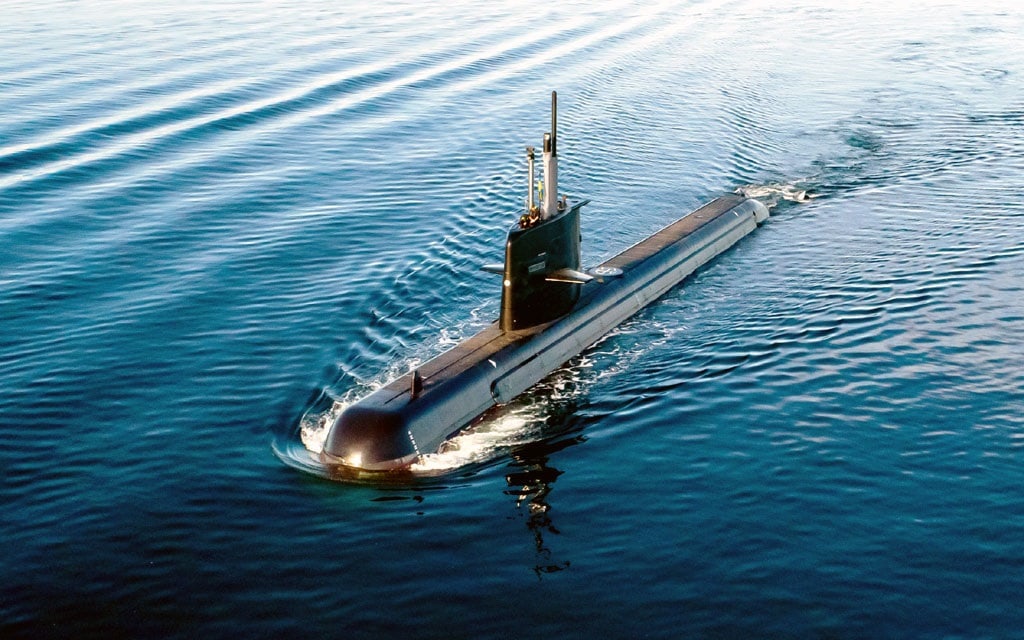 The Swedish Navy’s third and last submarine of the Gotland-class is now undergoing an extensive upgrade. The Swedish Defence Materiel Administration (FMV) had previously awarded a mid-life upgrade (MLU) contract to Saab for the Gotland-class submarine, HSwMS Halland, which was first commissioned in July 1997

The total value of the MLU contract is approximately $116.75m (SEK 1.1bn), and as part of this upgrade project, Saab will carry out modernization and modification work on the boat at its shipyard in Sweden.

The small submarines have proven to be quite capable, despite reportedly costing just a third of the Russian Kilo-class boats. Each is a mere 60.7 meters in length when constructed and later upgraded to 62.7 meters, while the boats displace just under 1,380 tons. Maximum crew is 32 officers and sailors, and the submarines are equipped with four 533 mm torpedo tubes, two 400mm torpedo tubes, and 48 weapons mounts.

Though the submarines were constructed between 1990 and 1997, each has already gone through minor modifications during their respective service lives. The MLU upgrade has been far more significant, during which the HSwMS Gotland was actually cut into two so as to allow for larger upgrades. In addition, more than 59 new systems were installed or heavily modified, and of those, 20 are new systems that in the future will be used in the next generation Blekinge-class.

The enhancements will enable the boats to conduct an analysis of their surroundings with a so-called Optronic Mast, which replaces the traditional periscope and associated management system.

The Gotland-class subs are far from your run-of-the-mill diesel-electric boats. In fact, these were the first submarines in the world to feature a Stirling engine air-independent propulsion (AIP) system, which allows the subs to have an extended endurance of weeks – a capability that had previously only been available with nuclear-powered submarines.

This is because diesel engine submarines typically need to surface every few days or draw in air from the snorkel to recharge the batteries. Instead, with the Gotland-class, the batteries are saved for times when the submarines need speed but otherwise cruise on the AIP.

As a result, the boats can reach speeds of eleven knots on the surface and 20 knots submerged.

The technology behind AIP essentially involves storing a supply of oxygen in the submarine in order to run a diesel engine while submerged. And more importantly not kill the crew in the process.

In this case, liquid oxygen (LOX) is stored in tanks on board the submarine and sent to the diesel engine for combustion. That oxygen is later mixed with an inert gas such as argon and then sent to the engines. The exhaust gases are cooled and scrubbed to extract any leftover oxygen and argon, while the remaining gases are discharged into the sea after being mixed with seawater. That extracted argon can be mixed with oxygen and resent into the diesel engine again.

That use of the AIP system on a diesel-electric submarine can greatly increase its underwater endurance, allowing it to continuously stay submerged for up to weeks without surfacing. Another advantage of the AIP system is that the submarines cost far less than a nuclear-powered submarine, but remains deadly quiet while cruising underwater at low speeds, even for weeks at a time.

The result is a true underwater carrier killer.

The Swedish AIP technology proved especially successful when the United States Navy leased the HSwMS Gotland (A-19) for use in anti-submarine warfare (ASW) exercises in 2004. During the drills, the Swedish submarine was so quiet that was actually able to “sink” the U.S. Navy’s Nimitz-class aircraft carrier USS Ronald Reagan (CVN-76) in a simulated attack.

The outcome was even replicated multiple times, and in each case, the stealthy Swedish sub proved that it was able to “run rings” around the then newly constructed $6.2 billion dollar aircraft carrier, and its strike group.

The U.S. Navy held multiple exercises with the Gotland over the course of a year, and each time the submarine successfully and silently maneuvered around destroyers and even nuclear attack submarines. U.S. officials were so impressed (and likely even dismayed) that they leased the Swedish boat for another year to understand how it went undetected so successfully.

Now with the Gotland-class boats even more greatly improved, they’ll be able to run rings around Russian vessels in the Baltic.