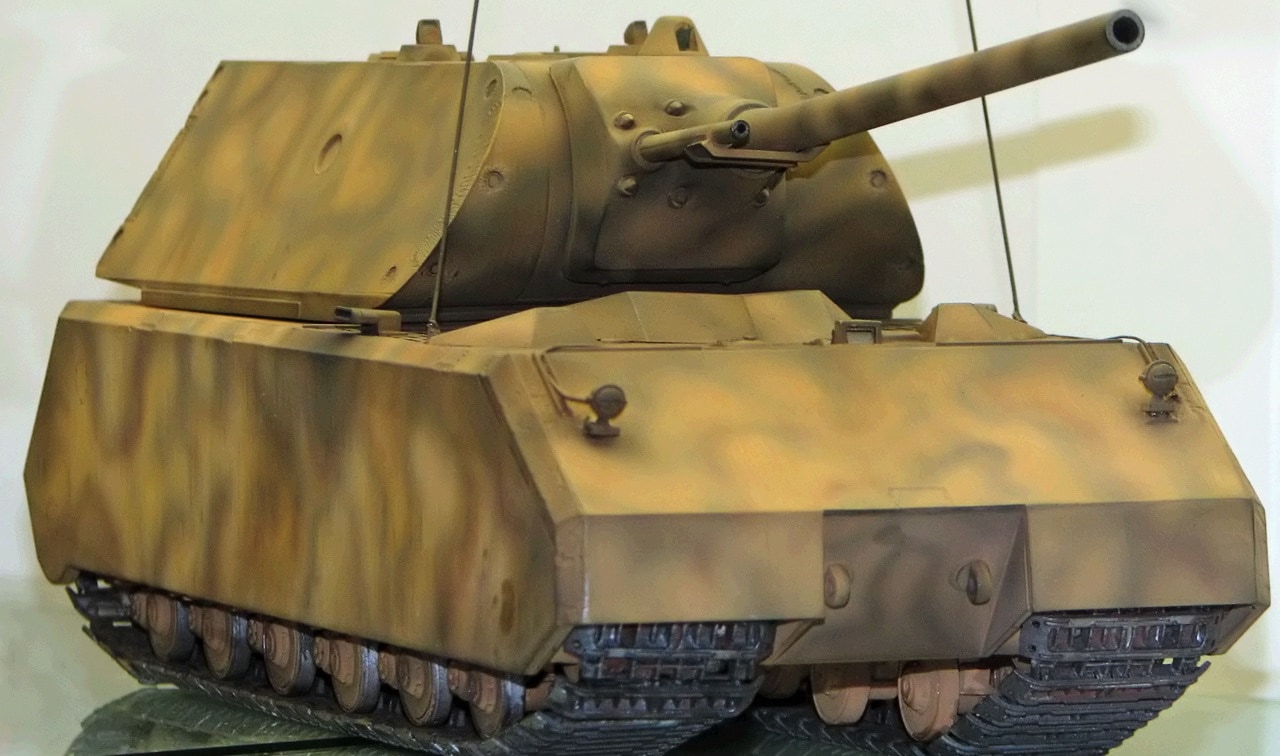 During the Second World War, the German military fielded several ultra-heavy and innovative tanks. In addition, there were many tanks that never actually made it beyond the prototype stage. Among the most famous was the Panzer VIII Maus (Mouse), the heaviest fully enclosed armored vehicle ever built. This super-heavy tank, a 188-ton behemoth, was so large that it would have been difficult to even deploy to the battlefield.

However, there were some even more ambitious designs in the works – while some tank “historians” have taken this even further and created entirely fictional versions of what the Nazis could have produced.

While no actual Entwicklung series (E-Series) tanks advanced much beyond the drawing board, a number of potential vehicles were reportedly in development that were intended to reverse the trend of extremely complex tank designs. Among these was the E-50 Standardpanzer, which was designed as a medium tank that would have replaced the Panther and Tiger I.

Weighing between 50 and 75 tonnes, it was designed to have a maximum speed of 60km/h (37mph). It was meant to have been cheaper to produce and faster than the Tiger I, but would have been than able to take on late war Allied and Soviet armor. It would have utilized a turret that was based on the early Panther turrets. In fact, in many ways, the E-50 was simply an upgraded Panther that was easier to produce.

Despite seeing a need for a medium tank, Nazi planners still sought to develop a heavy tank as part of the E-Series. This was meant to be the E-75 Standardpanzer, which would have even thicker armor than the Tiger II, and was to be equipped with an 88mm L/71 or L/100 main gun – although some of the surviving designs suggested it could have been developed with a larger turret to accommodate a 10.5cm gun.

Even as the E-75 was more significant than the E-50, it was meant to share many of the same components and could have been built on the same production line. It would have addressed failures in Germany’s ability to produce enough tanks in the final stages of the war.

This massive tank was unique in that a prototype was reportedly in production when the war ended. It was meant to be a simplified heavy tank to replace the Maus. A single chassis was finished and was taken by the British military for evaluation. Unfortunately, it was scrapped, and apart from a few photos, no details of the actual E-100 remain.

However, what is known is that it would have been fitted with a modified/improved Panzer VIII Maus turret and armed with a 128mm KwK 44 L/55 main gun – but the turret could have accommodated a 150mm to even a 170mm gun. Clearly, someone was compensating for their shortcomings when they considered the E-100. If the goal of the program was to develop simpler to build tanks, the E-100 may have proven it already failed!

Not to be confused with the E-100 Standardpanzer, this was a self-propelled vehicle that was meant to serve as a super-heavy tank destroyer. No prototypes were ever built, but a number of blueprints had been discovered at the close of the war. Unfortunately, few documents related to the Jagdpanzer E-100 have survived, but what little information has remained was crafted together by game development studio Wargaming.

Today, the Jagdpanzer E-100 is one of two tier X German Tank Destroyers to appear in the game World of Tanks, where it has earned respect from even advanced players.

This self-propelled gun has undoubtedly captured the imagination of video gamers since it was wholly made up by Wargaming. Unlike the Jagdpanzer E-100, this fantasy vehicle is only based on where the German tech tree of tanks might have gone had the war continued.

In the game, it has a 128mm main gun, as well as an anti-aircraft cannon with an autoloader. It apparently was so powerful that it impacted game balance and has been replaced by the Jagdpanzer E-100 in World of Tanks. Yet, it continues to be regularly discussed on forums among gamers, as it remains such simply a solid design and is one that the Nazis certainly would have appreciated. Fortunately for the free world, Hitler didn’t have video game designers working for him.