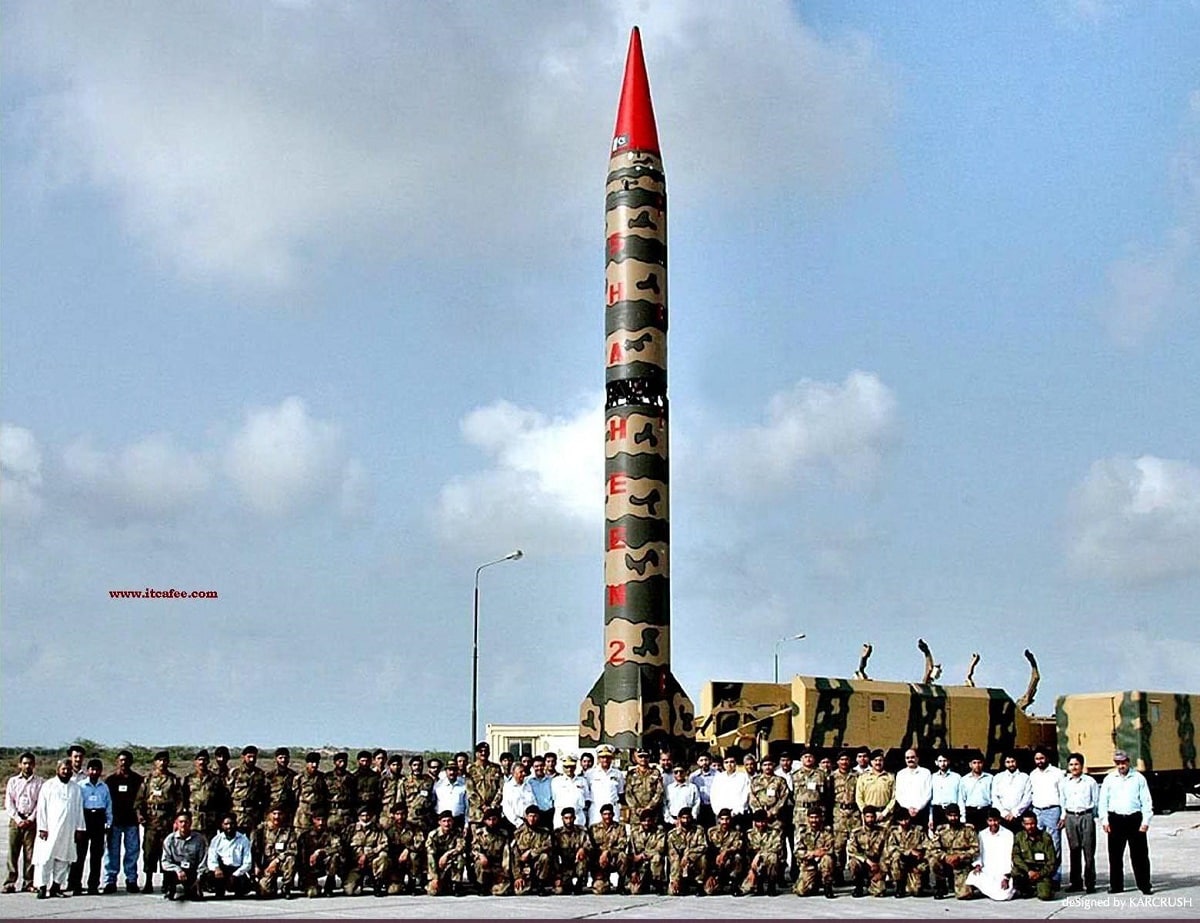 In 1971, Pakistan suffered a crushing defeat in the Bangladesh Liberation War; Pakistan lost a huge portion of their territory, the 56,000 square mile East Pakistan – which today is known as Bangladesh; and Pakistan lost half of its population. The war, and the resulting loss of population and territory inspired existential fears in the Pakistani government – and a radical policy change.

Before the loss of East Pakistan, Pakistan did not have nuclear ambitions. In 1953, Pakistani Foreign minister Muhammad Zafarullah Khan stated “Pakistan does not have a policy towards the atom bombs.” In 1955, Pakistan and the US reached an understanding that Pakistan’s nuclear program would be for peaceful and industrial purposes. Pakistan also participated in US President Dwight D. Eisenhower’s Atoms for Peace program. In all, Pakistan adhered to a strict non-nuclear weapons policy through the 50s and 60s. But now, having lost so much territory, Pakistan adjusted their nuclear policy, resolving themselves to build The Bomb.

In 1972, Pakistani Prime Minister Zulfikar Ali Bhutto called a now famous meeting, the “Multan meeting,” in which Pakistan’s nuclear ambitions were verbalized. Bhutto wanted his nation’s atomic scientists to build a nuclear weapon within three years. “What Raziuddin Siddiqui, a Pakistani, contributed for the United States during the Manhattan Project, could also be done by scientists in Pakistan, for their own people,” Bhutto said during the Multan meeting.

Pakistan was further incentivized to produce nuclear weapons in 1974, when Pakistan’s chief rival India tested the “Smiling Buddha” nuclear weapon. Still, the work was painstaking; Pakistan wouldn’t even be able to create weapons-grade uranium until 1985. Observers suspect that by 1986, Pakistan had produced enough fissile material for a nuclear weapon – and that by 1987, Pakistan had the ability to conduct a nuclear explosion. However, a confirmed test would not happen for another full decade.

According to the Federation of American Scientists (FAS): “On May 28, 1998 Pakistan announced that it had successfully conducted five nuclear tests. The Pakistani Atomic Energy Commission reported that the five nuclear tests conducted on May 28 generated a seismic signal of 5.0 on the Richter scale, with a total yield of up to 40 KT (equivalent TNT). Dr. A.Q. Khan claimed that one device was a boosted fission device and that the other four were sub-kiloton nuclear devices.”

The announcement, which confirmed that both India and Pakistan were nuclear powers, put the world on edge. Kashmir, which both India and Pakistan claimed as their own, suddenly became a territorial dispute with global ramifications. Two days later, Pakistan tested another weapon. According to FAS: “On May 30, 1998, Pakistan tested one more nuclear warhead with a reported yield of 12 kilotons. The tests were conducted at Balochistan, bringing the total number of claimed tests to six.”

Today, Pakistan is one of just nine nations with nuclear weapons. The Pakistani nuclear program relies primarily on highly enriched uranium (HEU). Estimates hold that by the early 1990s, Pakistan was operating 3,000 centrifuges capable of creating HEU. The Pakistanis have diversified, however. In the 1990s, Pakistan – with help from their Chinese allies – began building a 40 MWt (megawatt thermal) research reactor. The reactor became operational in 1998, allowing Pakistan to produce roughly 8-10 kilotons (enough for one to two nuclear weapons) per year.

“Pakistani authorities claim that their nuclear weapons are not assembled. They maintain that the fissile cores are stored separately from the non-nuclear explosives packages, and that the warheads are stored separately from the delivery system,” FAS wrote. “In a 2001 report, the Defense Department contends that “Islamabad’s nuclear weapons are probably stored in component form” and that “Pakistan probably could assemble the weapons fairly quickly.” However, no one has been able to ascertain the validity of Pakistan’s assurances about their nuclear weapons security.”

Pakistan has signed neither the Comprehensive Test Ban Treaty (CTBT) nor the Non-Proliferation Treaty (NPT). India has not signed the CTBT nor NPT, either. Most observers believe that Pakistan’s primary motive for maintaining a nuclear arsenal is to counter India’s own nuclear arsenal, which makes sense from Pakistan’s perspective – although it makes the rest of the international community quite uncomfortable. Especially considering that Pakistan does not honor a “no-first-use” doctrine.

Pakistan has been very secretive about their nuclear program – even building secret launch sites. In 2008, the US admitted that it did not know where all of Pakistan’s nuclear sites were located – and that the US may have underestimated Pakistan’s nuclear abilities. “Don’t assume that the Pakistani’s nuclear capability is inferior to the Indians,” US General Anthony Zinni told NBC.