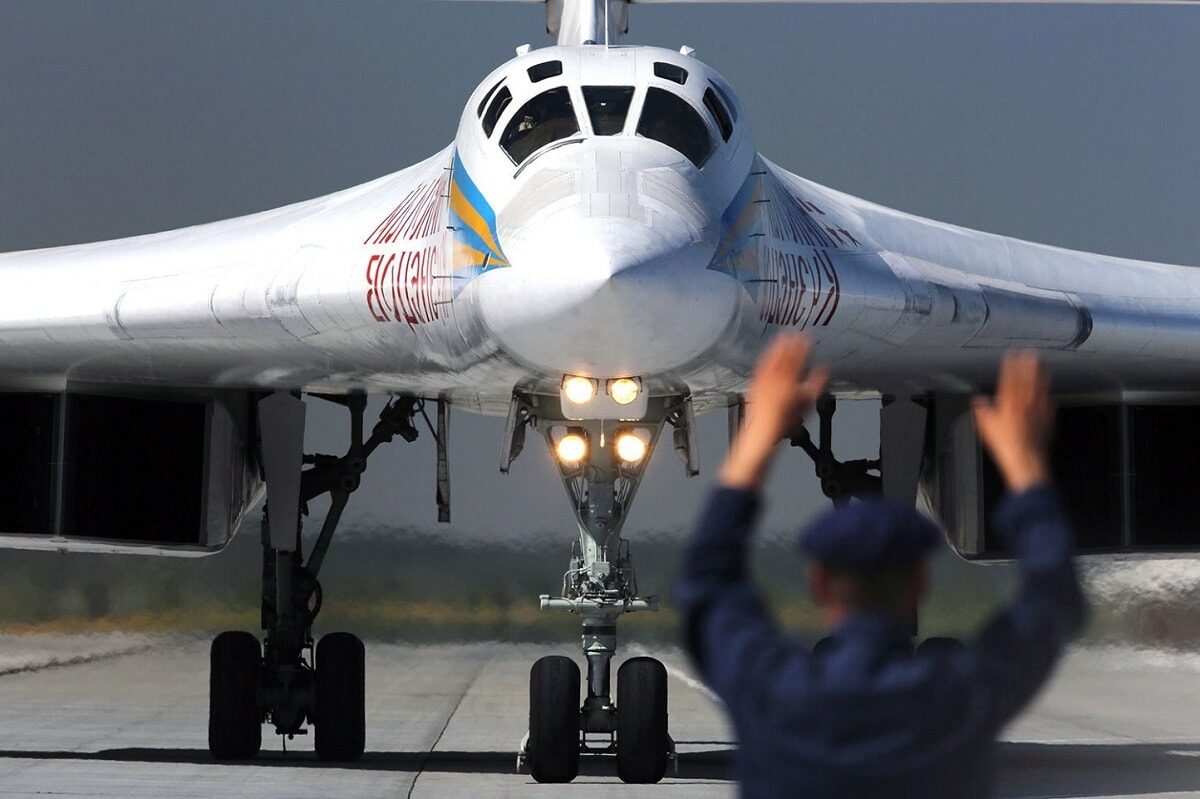 Russia’s Tu-160 bomber is the largest and fastest supersonic bomber today. And it has visited close to U.S. shores in the past: In December 2018, a pair of Russian Tupolev Tu-160 “White Swan” strategic bombers made an unscheduled deployment to Venezuela. The presence of the bombers, which are each capable of carrying nuclear weapons, was meant as a show of support for the South American nation’s social government. The bombers landed at Maiquetia airport outside the capital of Caracas after covering more than 10,000 km (6,200 miles).

The bombers’ arrival had come just days after Venezuelan President Nicolas Maduro, whose left-wing administration has remained the most significant U.S. foe in Latin America, had held talks with President Vladimir Putin in Moscow. The two nations have become close allies.

“#Russia’s government has sent bombers halfway around the world to #Venezuela. The Russian and Venezuelan people should see this for what it is: two corrupt governments squandering public funds, and squelching liberty and freedom while their people suffer,” then-Secretary of State Mike Pompeo announced via a tweet when the bombers arrived in 2018.

It wasn’t the first time that the Tu-160 White Swan (NATO reporting name “Blackjack“) had flown south and landed in the socialist South American state. In fact, more than a decade earlier, in September 2008, another pair of Tu-160s were sent to Venezuela as part of military maneuvers. The bombers reportedly took part in training flights over the neutral waters of the Caribbean and South Atlantic before returning to Russia.

That deployment had come after then-President of Venezuela Hugo Chavez had visited Russia and met with then-Russian Federation President Dmitry A. Medvedev and Prime Minister Vladimir Putting on various issues, including co-operation in defense matters.

Due to the fact that the bombers couldn’t fly over NATO territory, the bombers had to take what could only be described as a most indirect route. TheAviationGeekClub reported that the bombers took off in Northern Russia, and flew over the Arctic and Atlantic Oceans in a flight that took more than 13 hours non-stop.

The Tu-160 bombers also visited the socialist ally of Russia in 2013 – and that flight also required flying only over neutral waters. However, for Russia that may have been part of the point as these missions highlighted the long-range capabilities of the White Swan.

The Tu-160 “White Swan” (NATO reporting name “Blackjack”), is a Soviet-era legacy airframe that is the fastest as well as the largest and heaviest bomber ever built. It is outwardly similar to the American Rockwell B-1 Lancer, which actually spurred the development of the Soviet-designed aircraft.

It was developed to destroy targets in remote geographic areas and deep in the rear of continental theaters of operations. However, while the B-1 is a smaller bomber in the classical sense – meaning it flies to targets to deploy its bomb load – the Tu-160 can operate as a stand-off weapons platform, where missiles are launched from bomb bay doors. After which, the “White Swan” could speed off at Mach 2+.

It is important to note that the Tu-160 was also the only Soviet-designed bomber not to carry any defensive weapons, and as such, it is routinely escorted in patrol missions by fighter aircraft such as the MiG-31.

In the fall of 2020, a pair of Tu-160 with two crews each broke the record for the longest non-stop flight for that type of aircraft. The two Tu-160 bombers, which were commanded by Major-General Oleg Pchela and Lieutenant Colonel Sergei Volkovitsky respectively, took off and landed at Engels Air Force Base outside of Saratov. 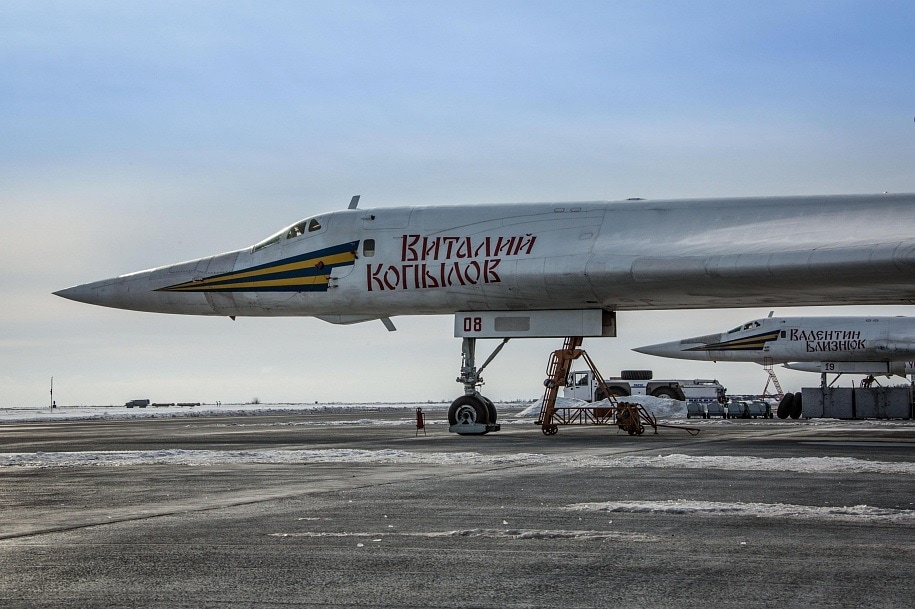 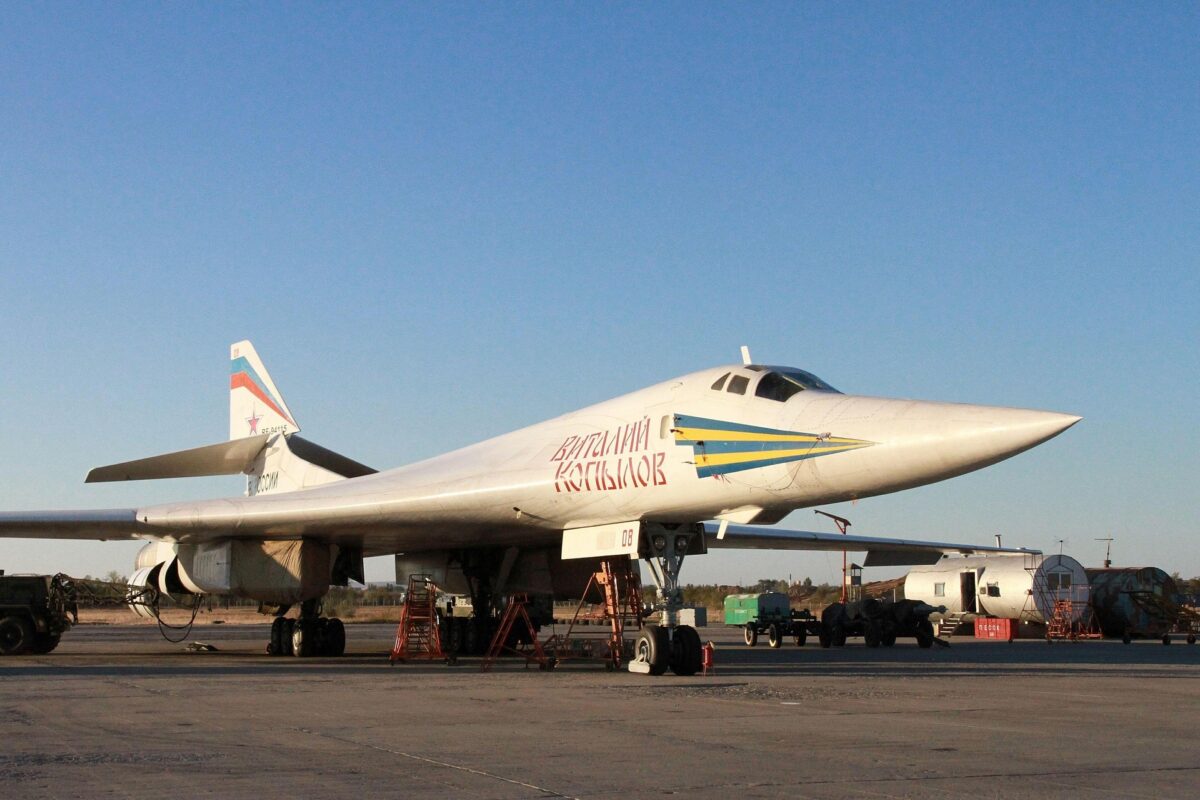 That base, which is the sole operating location for Tu-160 aircraft, is named after the Communist philosopher Friedrich Engels. During the 25-hour flight, the aircraft flew over the neutral waters of the central part of the Arctic and Pacific Oceans as well as the Kara, Laptev, East Siberia, Chukchi, and Barents Seas. Each aircraft were refueled mid-air three times from six IL-78 tankers. That record flight makes the 13-hour trip to South America seem almost easy – plus there was the beach waiting for the pilots when they landed.