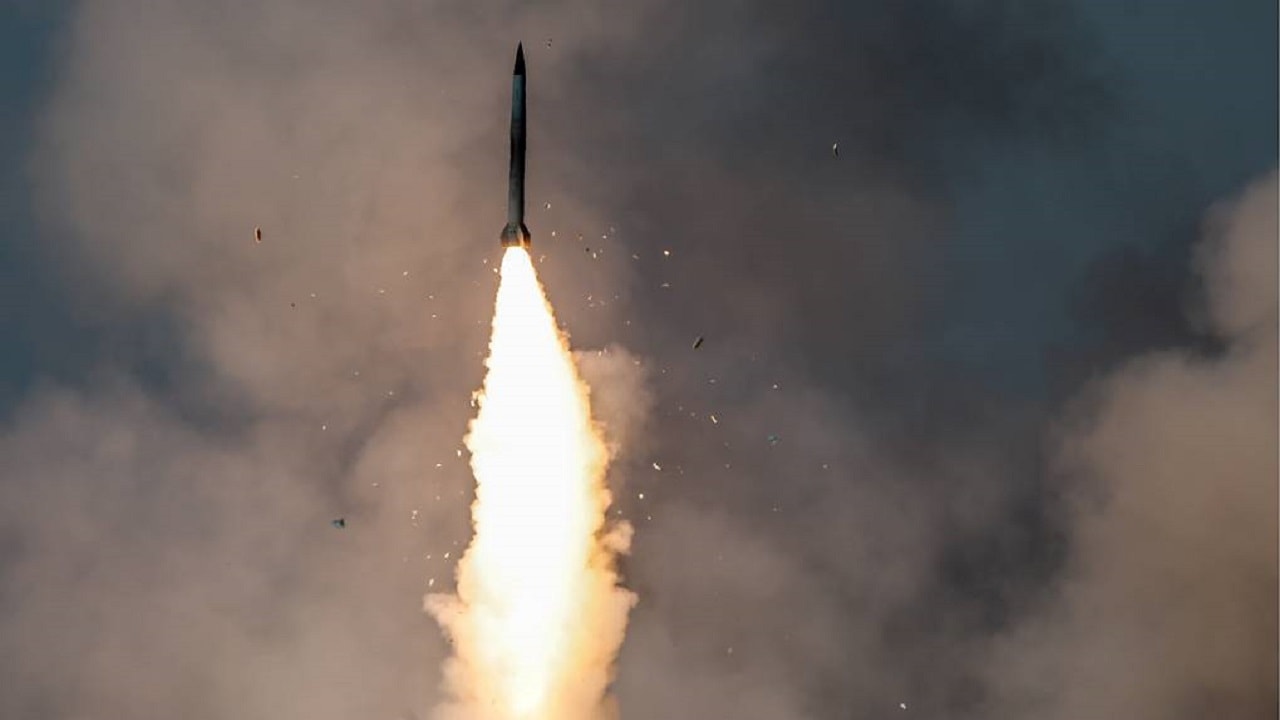 Incredible footage out of Ukraine shows what happens when anti-aircraft missiles malfunction. In footage shared by the Russian-language Telegram account “Face Of War,” a Russian air defense missile can be seen launching in the air, before turning around mid-flight and appearing as though it strikes the launch position.

In the first few seconds of the video, the trails of at least three other missiles can be seen leaving the launch position. The malfunctioning missile appears to be the fourth launched in quick succession.

The Telegram post describes how the launch was conducted by the Russian Armed Forces close to the city of Alchevsk in Luhansk Oblast, Ukraine.

“Unsuccessful launch of an anti-aircraft missile by an air defense missile system of the RF Armed Forces near the city of Alchevsk, LPR,” the post reads, per Google Translate.

Additional footage of the same launch was also shared online. Both clips appear to have been recorded on a cell phone, based on the portrait format of the videos.

The second clip appears to have been recorded from a vehicle. The sound of the missile hitting the ground is very clearly audible, and those recording the video can be heard responding to the strike. A large explosion follows.

Brady Africk of the American Enterprise Institute shared the satellite images on Twitter, with the June 17 shot showing clear ground and a June 24 image showing large craters and scorch marks in the earth.

Satellite imagery from today shows a burned area at the site of a recent missile launch failure near Alchevsk, Luhansk Oblast. pic.twitter.com/dqIUt4cxeu

Did The Missile Strike the Launch Site?

Despite what users on Reddit and other social media platforms claimed, no. The missile returned to the general area from which it was launched but did not strike the exact launch position.

A third video clip offers a better angle of the shot and proves that the missile did not strike the military position from where it was launched.

In the video, there is a distinct boomerang pattern to the missile’s trail, but the arch clearly shows the missile launching from one spot and then landing in another.

The chances of a missile launching and immediately firing back at the exact spot from which it was launched are low – and all we can say at this point is that the missile didn’t land where the Russian unit that launched it intended.

Jack Buckby is a British author, counter-extremism researcher, and journalist based in New York. Reporting on the U.K., Europe, and the U.S., he works to analyze and understand left-wing and right-wing radicalization, and reports on Western governments’ approaches to the pressing issues of today. His books and research papers explore these themes and propose