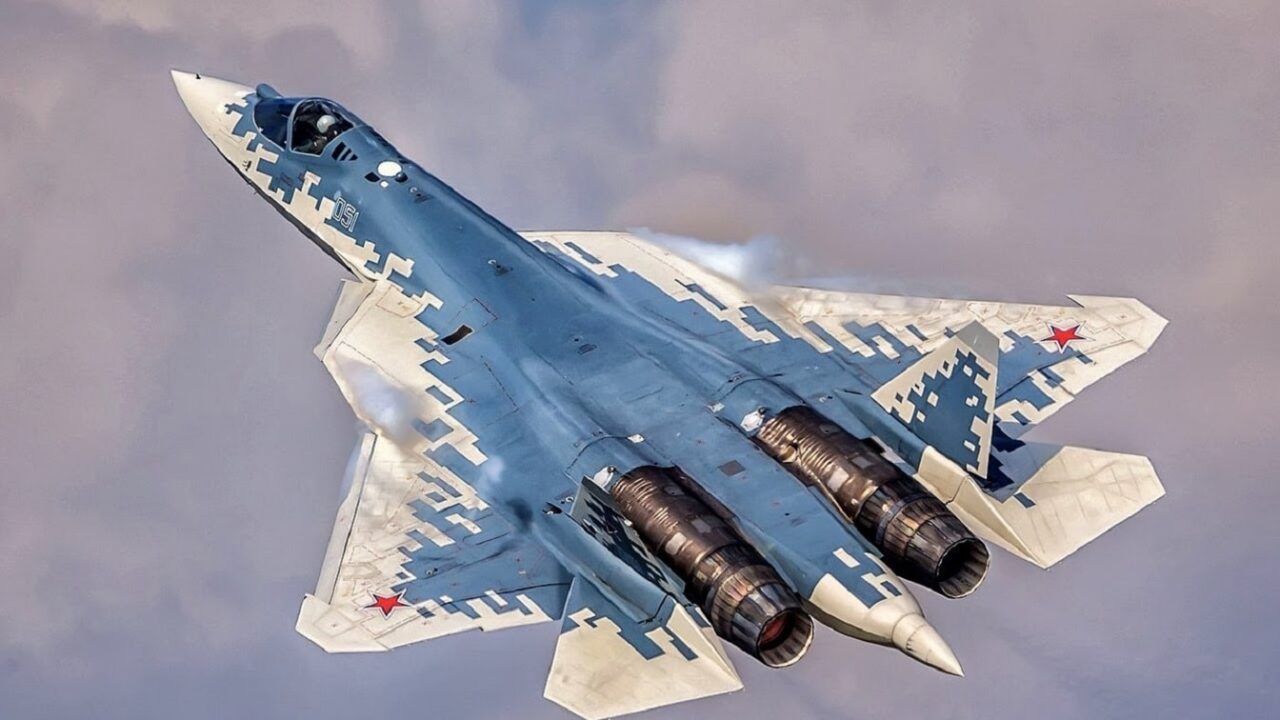 Persistent rumors hold that the Russian’s fifth-generation Su-57 fighter jet has been deployed in the Russo-Ukraine War. The rumors, derived from a Russian media report, would represent a progression in the Su-57’s roll-out; the Su-57 had not yet entered operational service. While the jet was tested in a combat evaluation over Syria, the Su-57 has thus far been used sparingly. If the Su-57 is in fact deployed in Ukraine, it will mark the first ever deployment from a Russian fifth-generation fighter. TASS news agency claims this deployment has already occurred. 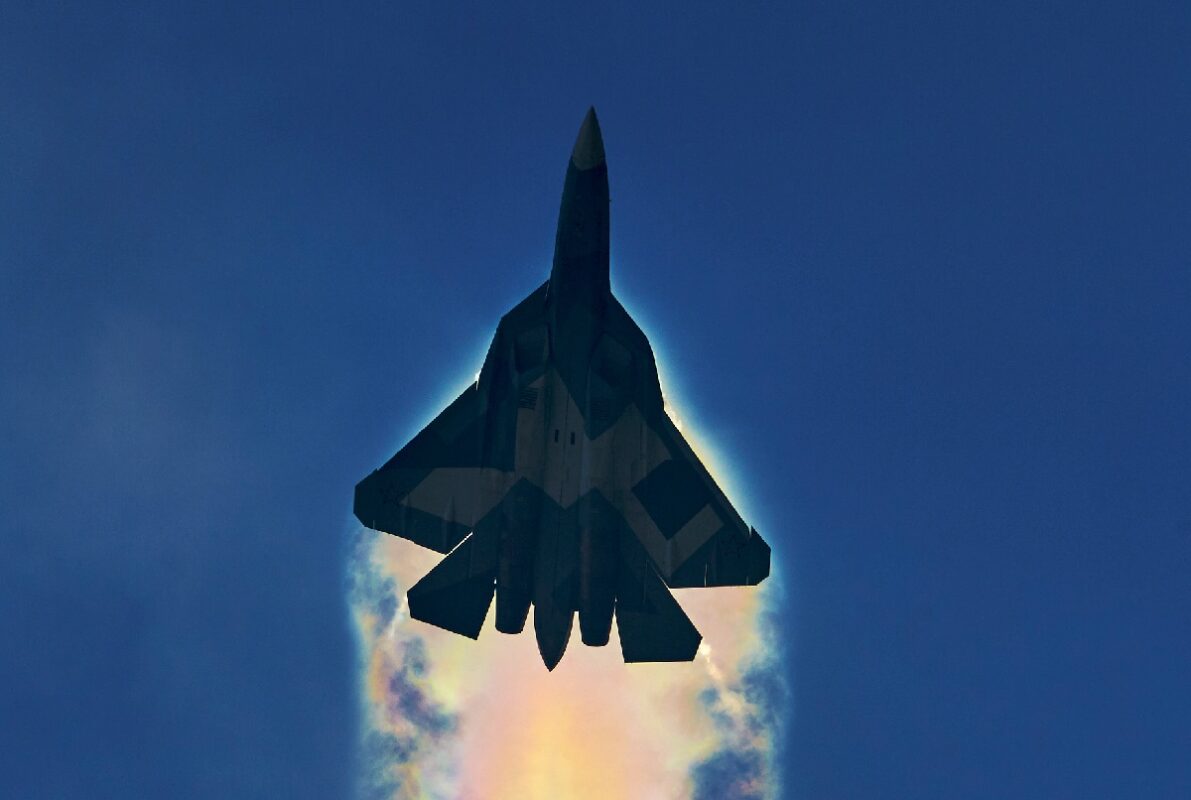 “The use of Su-57 aircraft in Ukraine began two to three weeks after the start of the special operation,” the agency’s interlocutor said. (Note: “special operation” refers to the full-blown invasion of Ukraine). “The aircraft operate outside the zone of active destruction by enemy air defense systems, using missile weapons.”

The claim that Su-57s are being used in Ukraine should be taken with a grain of salt. “TASS states that it has ‘no official information on this matter,’” Thomas Newdick wrote for The War Zone. “With the fighters reportedly operating outside of Ukrainian air defenses, we’re much less likely to see imagery that would confirm their involvement there. We also have no details as to where these Su-57s might have been operating from, when they supposedly started flying missions as part of the conflict, or if they are still reputedly involved in the fighting.” Obviously, there are more questions than answers.

In March, a video purported to show an Su-57 over Ukraine. However, the quality of the footage was poor – and the Su-57 sighting could not be confirmed. Some viewers argued that the video portrayed not an Su-57, but an Su-24 in a swept-wing configuration.

Deploying the Su-57 in Ukraine would make sense; the ongoing conflict represents an opportunity to test the abilities and weapons systems of the new jet. Additionally, “trials of the [Su-57] in Ukraine could be intended to help boost the fighter’s fortunes both on the export market and in the bid to win local orders,” Newdick wrote. The jet’s development has been plagued with setbacks and delays – which have dissuaded some foreign partners, including India, who had previously been expected to co-produce an Su-57 variant.

In addition to production delays, the finished product Su-57 has failed to impress some pundits. Alex Hollings of Sandboxx News, for example, was not impressed.

“Radar cross-sections (RCS) are subject to a great deal of debate online and should always be taken with a grain of salt, but expert assessments of the Su-57 suggest that it boasts an RCS of about .5 square meters – which is about the same as a 4th generation F/A-18 Super Hornet when flying without ordnance and 5,000 times bigger than the F-22 Raptor. Stealthy woes aren’t the Su-57’s only problem – delays in Russia’s 5th generation engine program have left its Felon fleet operating the same AL-41F1 engines found in Russia’s non-stealth but highly capable 4th generation Su-35S. A Rand Corporation analysis of the aircraft’s advanced 360-degree sensor suite posits that the system itself remains incomplete as well, likely hindered by international sanctions placed on Russia following its 2014 invasion of Ukraine.”

However, as my colleague Christian Orr points out, “all of these woes plaguing the Su-57 doesn’t mean the F-22 or F-35 pilots – or especially pilots of the 4th generation fighter planes – can afford to take [the Su-57] lightly.” The Su-57 is still a stealth jet, featuring a 360-degree thrust-vectoring control, which allows for excellent maneuverability. The new jet can also reach Mach 2. 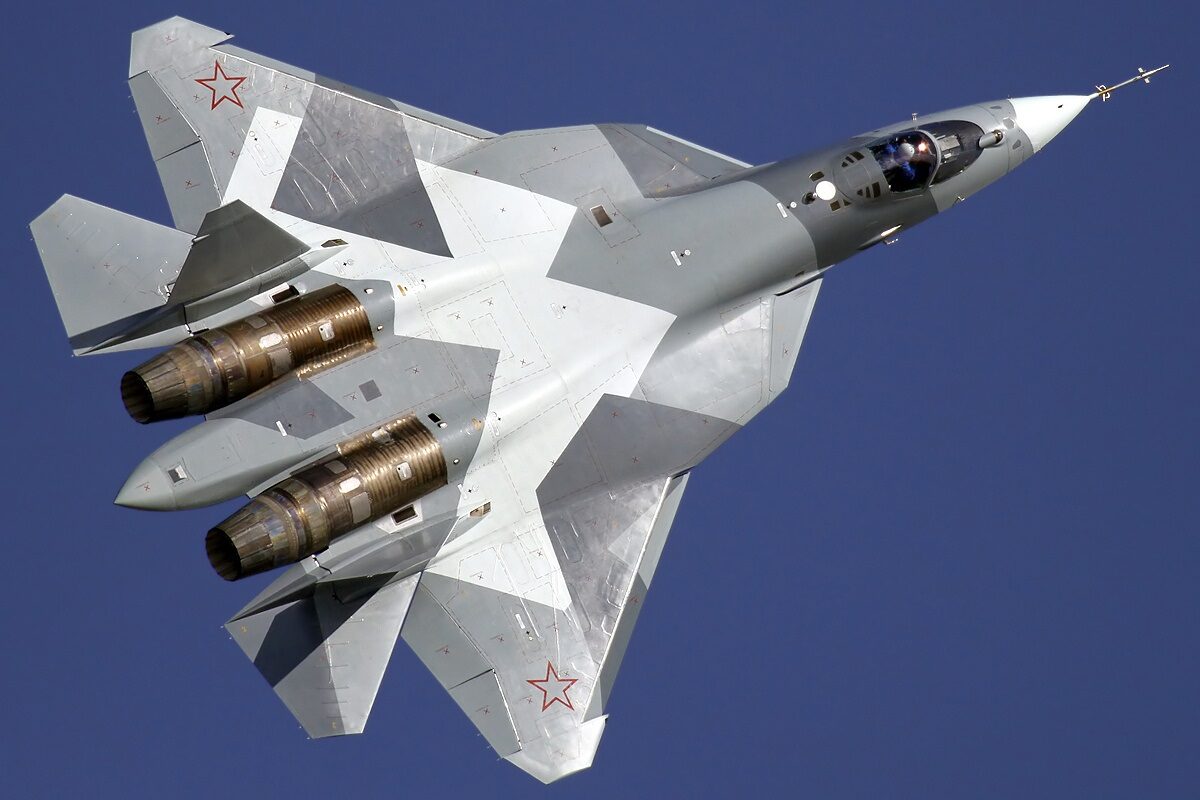 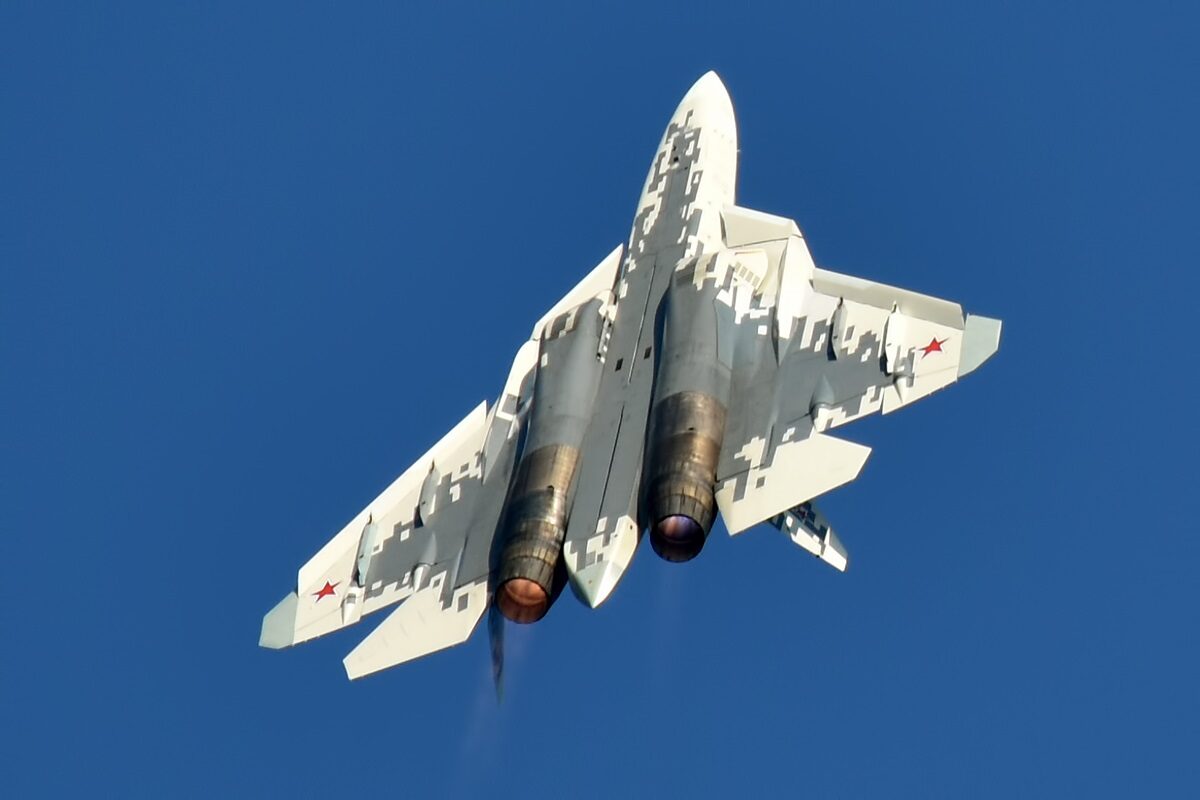 A likeness of the Su-57, rendered with CGI technology, was depicted in the new film Top Gun:Maverick. The film, which currently ranks as 2022’s highest grossing, features a pair of Su-57s during the film’s climax. In the film, the jets are depicted as highly advanced, highly lethal adversaries, deserving of deep respect. Still, you can probably suppose how the encounter ends – you know Tom Cruise isn’t going to be bested – even when he’s strapped into a retired, Cold War-era hunker.

In this article:Russia, Stealth Fighter, Su-57, Ukraine, War in Ukraine