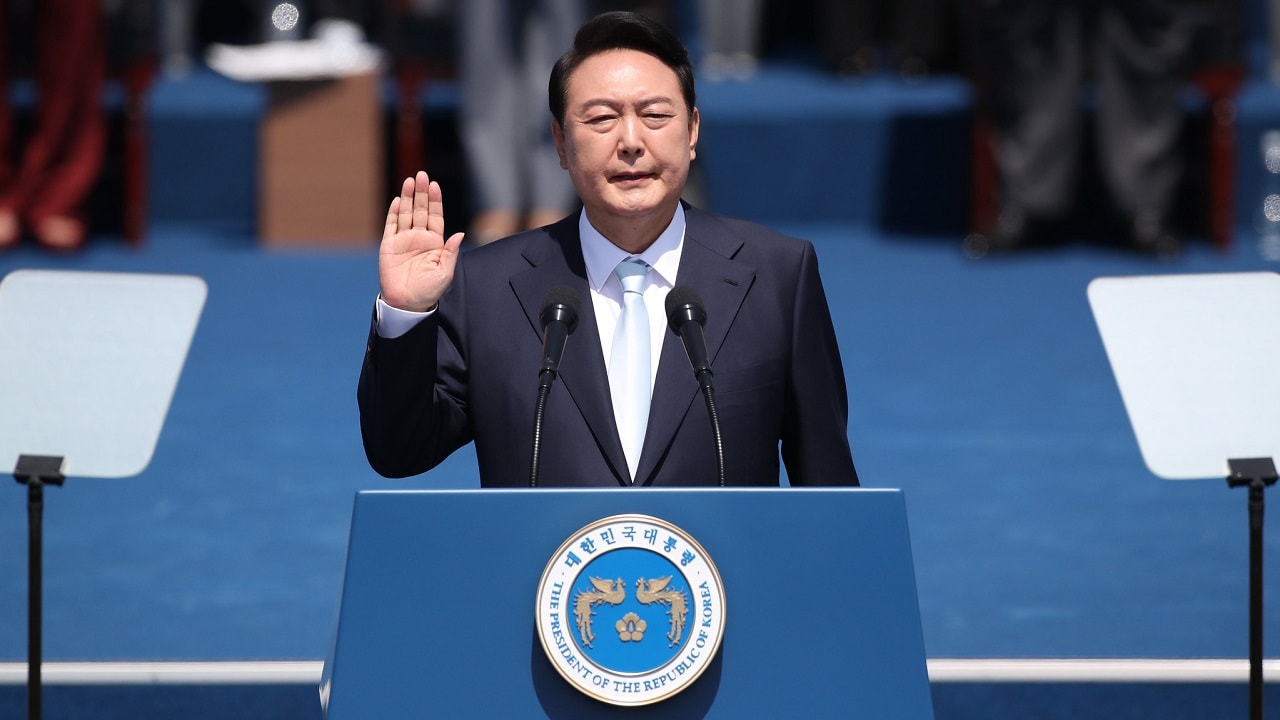 South Korea’s New President Brings Seoul Back to the Democratic Community: South Korea’s new president, Yoon Seok-Yeol, went to the recent Madrid summit of NATO. This was a sharp and welcome shift in South Korean foreign policy from the drift and distance from partner democracies that characterized the previous South Korean presidency, of Moon Jae-In.

Yoon made it a signature part of his election platform to restore South Korea’s relationship with like-minded states, particularly the United States. He won the election this February, but just barely. South Korea remains a divided society on core foreign policy questions like how close to cleave to the US and how tough to respond to the rising power of China’s autocracy.

The core issue of South Korean foreign policy has always been the size of its neighbors. The country is an encircled middle power. Even before the peninsula’s division after World War II, Korea already struggled in its history with intervention by the much larger states around it – Japan, China, and Russia. This problem worsened with the foundation of North Korea, an Orwellian tyranny with a massive military and clear designs, in its early history, on South Korea.

Seoul’s primary response to this tough geopolitical position was to ally with the United States. But as its economy grew, it became less dependent on American power, and it developed economic relationships with those large neighbors too. The South Korean left particularly was keen to use those relationships to create some distance from the United States

The South Korean left has long been uncomfortable with the closeness of South Korea and the US. America had supported South Korea’s various dictators, and the left regularly argues that American hawkishness on North Korea inhibits détente with Pyongyang. As South Korea got wealthier, it did not need the US so much, and its local relationships encouraged the left to try balancing among South Korea’s various neighbors, not aligning with any of them too tightly.

The peak of this effort came under the previous president, Moon Jae-In. Moon had a long history of skepticism of the US alliance, and he caused a serious rift with the Americans with his determination to pursue a breakthrough with North Korea even if it meant rolling back sanctions on Pyongyang without counter-concessions. This sharply divided South Korean opinion and former US President Donald Trump threatened to ‘blow up’ the US-South Korea alliance if re-elected.

Yoon came in this year determined to reverse all this. As a conservative, he had closer connections to the South Korean business community which strongly supports the US alliance. South Korea’s largest corporations know that the US alliance backstops South Korea’s access to the world economy, particularly to the US market, banks, and education system. Were the US military to leave, per Trump, South Korea’s currency would tumble and foreign capital would flee.

Yoon also heavily emphasized common values with other democratic states to play South Korea in a community of like-minded states. On his return from the summit, he noted South Korea’s alignment with NATO on human rights, democracies, and liberal openness. This obviously raises the distinctions between South Korea and its autocratic neighbors, China and North Korea. This was a point Moon downplayed regularly in order to pursue (and ultimately failed) a peninsular breakthrough with Pyongyang.

The administration of President Joseph Biden has spoken of a global division between autocracy and democracy. Russia’s invasion of Ukraine, with tacit enabling by China, has thrown that contrast into relief. China’s threats to Taiwan similarly raise these issues. South Korea, like many small and medium state in Asia, faces competing pressures. Where Moon tried to float above these in pursuit of an independent deal with North Korea, Yoon has struck a safer course close to South Korea’s liberal political values. He has moved South Korea more clearly back to the democratic community.

This was probably inevitable and probably for the best. Any country’s sovereign interest will trump its trade relationships. Moon obscured this point, most obviously with his dithering on sanctioning Russia over invading Ukraine. But South Korea is ultimately a liberal democracy, and Moon faced pressure from his own citizenry and foreign partners to take the Russian invasion more seriously. The South may want to trade with China or Russia – but not at the expense of its values and self-identity as a liberal democratic state.

This same dilemma will impact all countries which trade with China and Russia. The wealth to be gained from those relationships will ultimately not be worth the bullying Beijing and Moscow will try via trade interdependence. Much of the democratic world will likely unwind economically from China and Russia in the coming years in order to safeguard democratic values and sovereignty. Yoon sees that and the process has already begun in South Korea.