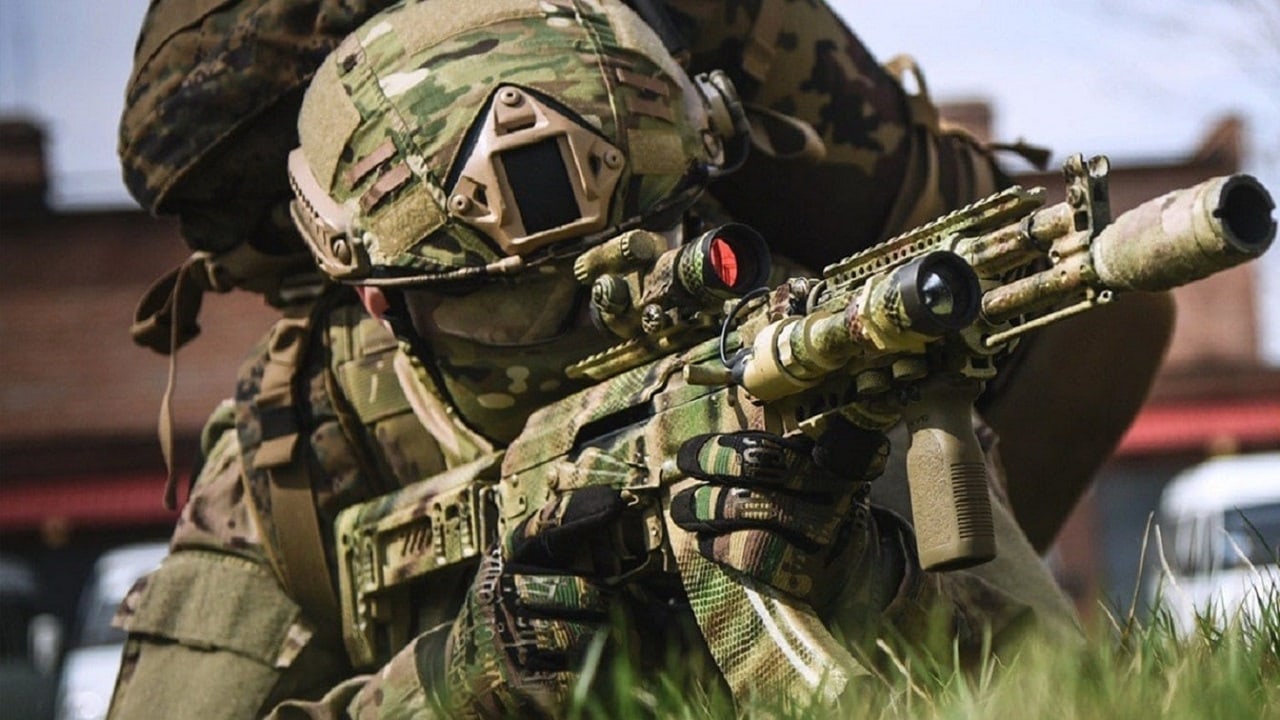 The videos that surfaced from the explosions at Crimea’s Saki airbase showed Russian elites basking on the beaches of the Black Sea — beaches that are very close to the base. Their shock was visible as clouds of smoke and fire rose up behind them.

The Ukrainian Defense Ministry mocked Russians fleeing the beaches and warned them to stay away from Crimea, which they said is Ukrainian territory, in a video posted on Twitter.

The Ukrainians claim nine aircraft were destroyed in the attack. That would make it the largest single loss of Russian aircraft in one day since World War II.

While Kyiv hasn’t officially confirmed or denied that Ukraine was responsible, one government official who spoke to the Washington Post on condition of anonymity said Ukraine’s special forces were behind the attack.

This attack shows Ukraine taking the war to Russia in areas the Russians believed were safe, far behind the fighting.

The Saki airbase and the one in Belarus have been used to conduct air operations against Ukraine. The losses should significantly impact Moscow’s ability to support ongoing operations, including protecting its troops against a Ukrainian counteroffensive to retake Kherson, in southern Ukraine.

Could Have Been the Work of Special Forces

When the war began in late February, the Biden administration made the decision to limit the weapons that were sent to Ukraine, making sure none of them were weapons that could hit targets in Russian territory. The prevailing thought was to not expand the war and somehow anger Russian President Vladimir Putin. This thinking was a mistake that is now being rectified.

What it did was hamstring the Ukrainian military, keeping it from prosecuting the war to its maximum potential. The Russian military could fly from bases just across the border, attack with impunity, and return.

Russia falsely claimed that no aircraft were destroyed in the blasts at the Crimean airbase, which it blamed on accidents. Apparently, saying its troops are incompetent is more palatable to Moscow than admitting that the Ukrainians are capable of hitting back.

But the timing of the attack leads many analysts to believe that it was an attack by Ukrainian special forces that were able to infiltrate the base at night, place explosives at several points at the base, and then leave before they were discovered. The explosives were then command-detonated to coincide with the presence of large numbers of Russian beachgoers. This would cause panic and clog the roads, dealing Russians a psychological blow.

While it may not be related at all, Ukrainian President Volodymyr Zelenskiy fired the commander of Ukraine’s special operations forces last month as part of a shakeup of senior military and intelligence officials, some of whom were considered treasonous.

If the Ukrainians indeed carried out two high-profile special operations missions one month after this shakeup in the command structure, it implies they might not have wanted to risk their troops before, when the previous commanders were in charge.

Canadian Defense Minister Anita Anand had previously announced that Canadian troops would deploy to the UK to train Ukrainian recruits, fulfilling an earlier agreement. Canada’s Special Operations Command, while not denying that its troops were in Ukraine, declined to comment.

Responding to the reports, Anand also did not deny that Canadian special forces were operating in Ukraine.

“In terms of special forces and their location and information along those lines, it would be imprudent for me to provide that information,” she said in a Thursday interview with Global News.

“These are very sensitive matters, and I take my role as Canada’s minister of national defense very seriously, including the protection and the safety and security of our troops across the board. And so I will leave it at that.”

Ukrainian special forces received extensive training by both U.S. and UK counterparts after Russia’s 2014 annexation of Crimea, and again prior to the Russian invasion in February. Those Ukrainian personnel are now setting up resistance networks in occupied areas, as well as conducting attacks on Russian troops and positions.

Oleksiy Danilov, secretary of Ukraine’s National Security and Defense Council, said, “If you ask me if there are partisans, I will answer: ‘There are.’ They are everywhere. We prepared in advance and we have them,” he said. “What they are doing is another matter. It depends on what tasks and when they will be received. And there is and will be resistance.”