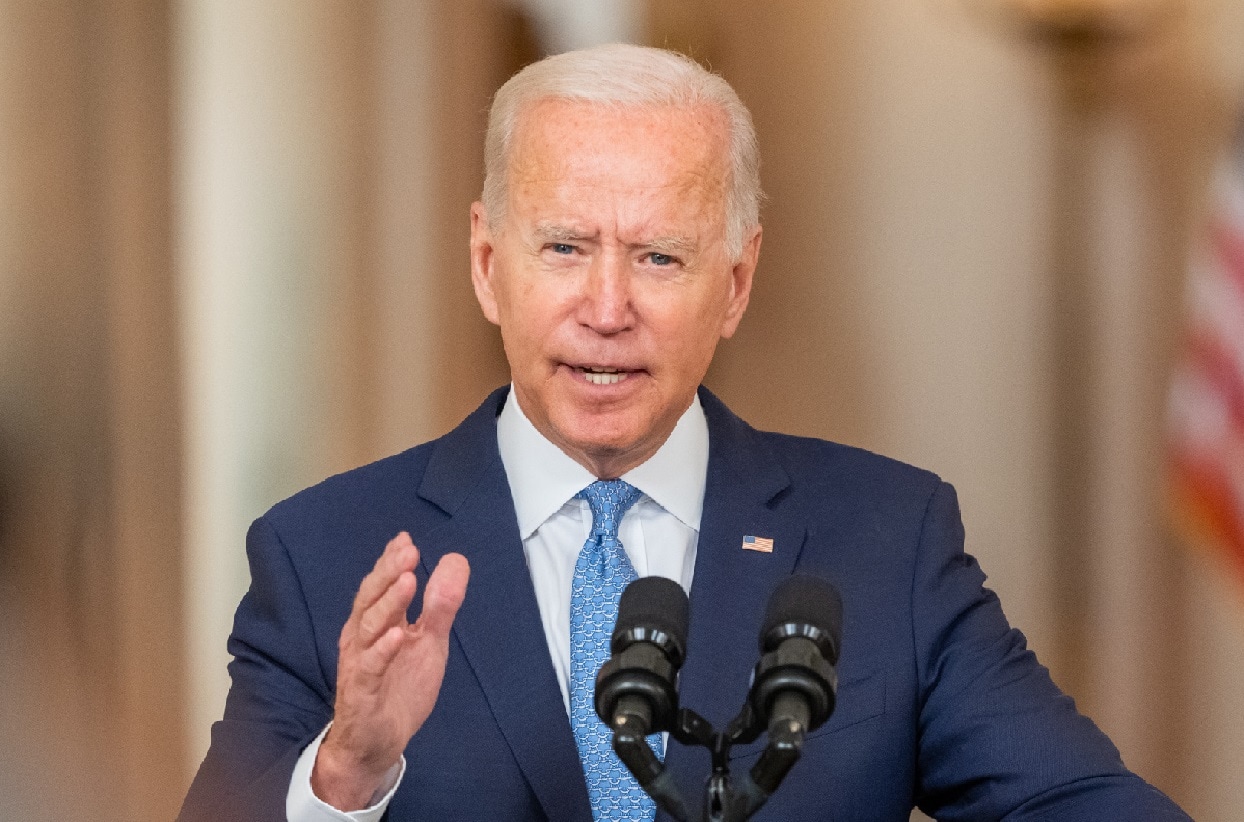 President Joe Biden delivers remarks on ending the war in Afghanistan, Tuesday, August 31, 2021, in front of the Cross Hall of the White House. (Official White House Photo by Adam Schultz)

“In keeping with my campaign promise, my Administration is announcing a plan to give working and middle-class families breathing room as they prepare to resume federal student loan payments in January 2023.”

The tweet included details of the plan: $20,000 in relief if you went to college on Pell Grants; $10,000 in relief if you didn’t receive Pell Grants; forgiveness only applies to those earning less than $125,000; the student loan pause will be extended “one final time” through December 31, 2022, and; if you have undergraduate loans, you can cap repayment at 5% of your monthly income.

Biden will make a formal announcement later on Wednesday – which should initiate a political firestorm. Student debt relief has been a hotly contested issue for months – with progressives advocating for full-on cancellation of student loans and conservatives arguing that the government should grant zero student debt relief. Cynically, many are wondering whether Biden’s decision is politically motivated. Well, yes, it appears so; his decision isn’t economically motivated, or morally motivated.

The most transparently political aspect of Biden’s forgiveness plan is the loan pause extension through December. Student loans had been scheduled to resume on September 1st. But progressives pointed out, accurately, that enforcing student loan repayments for the first time in over two years, just two months before midterm elections, was probably bad politicking; repayments might anger voters who were being collectively crushed beneath the $1.7 trillion in national student debt, who might then feel as if the Democratic party did not have their best interests at heart, and in turn, might be less inclined to turn out in November to vote for Democratic candidates. Intuitive.

So, Biden pushed back the student loan pause through New Years, wisely making sure that student loan repayments wouldn’t kick in right before the midterm elections. Of course, now repayments are going to kick in right after midterm elections; substantively, it’s the same thing. The extra pause isn’t going to help borrowers turn their financial lives around. The pause isn’t going to help or hurt the government. The only reasonable explanation for the four-month extension is that it politically benefitted the administration.

That borrowers earning over $125,000 are ineligible for forgiveness is also politically motivated – only it is calibrated toward hedging anger on the right, rather than the left. Republicans, of course, have been calling student loan relief ‘Outrageous’ and ‘An Insult,’ as Forbes reported. One of the Republicans’s primary arguments against student loan forgiveness is that it benefits rich people, that it isn’t fair to pass the burden of an affluent lawyer or venture capitalist’s student debt onto taxpayers. Now, with Biden’s means testing, the conservative argument that forgiveness benefits affluent people who don’t need the help will be mitigated. But it’s a half-measure. Conservatives are still going to be livid about Biden’s forgiveness plan – his political ploy to calm conservatives isn’t going to have the desired political effect; I don’t think Josh Hawley or Tom Cotton is going to say, ‘oh, this forgiveness plan is okay now because it doesn’t apply to people making over $125,000.’ I suspect that Josh Hawley, Tom Cotton, and co. will take issue with the fact that people making $120,000 a year are still receiving debt forgiveness.

Biden’s new forgiveness plan doesn’t do much economically. Americans owe roughly $1.7 trillion in student debt; student debt is the “largest consumer debt category in the country behind mortgage debt.” As The American Conservative pointed out, “the growth of student loan debt has depressed home ownership and consumption, creating an ever-growing headwind to economic growth. Missed payments ruin the credit ratings of individual borrowers and limit their capacity to assume risk – for example by starting a new business or moving to a new state.”

“This should worry everyone,” The American Conservative continued, “The harms aren’t just economic. By dampening entrepreneurialism and creating a new generation of immobile, risk-averse young people, student debt actually has the capacity to change our national character. Borrowers have lost confidence in themselves and turned instead to government for protective bailouts. Hopelessness is festering into radicalism. Young people are furious with these restraints on their mobility.”

Given the severity of the student debt problem, what’s $10,000 going to do? Given the economic stakes, the economically appropriate decision would have been a far grander forgiveness scheme. $10,000 doesn’t accomplish much of anything as far as economic relief goes. But $10,000 will give Biden a “political win,” it will get progressives off his back for a minute, allowing him to tout his left-wing credentials before midterms.

Indicative of the Democratic political reaction is Chuck Schumer and Elizabeth Warren’s joint statement, issued to coincide with Biden’s forgiveness announcement. “With the flick of a pen, President Biden has taken a  giant step forward in addressing the student debt crisis by canceling significant amounts of student debt for millions of borrowers. The positive impacts of this move will be felt by families across the country, particularly in minority communities, and is the single most effective action that the President can take on his own to help working families and the economy.”

Read another way, with the flick of a pen, Biden has gotten lefties, including Chuck Schumer, who had urged Biden to cancel as much debt as possible, and Elizabeth Warren, a long-time champion of student debt forgiveness, to be quiet and be grateful.