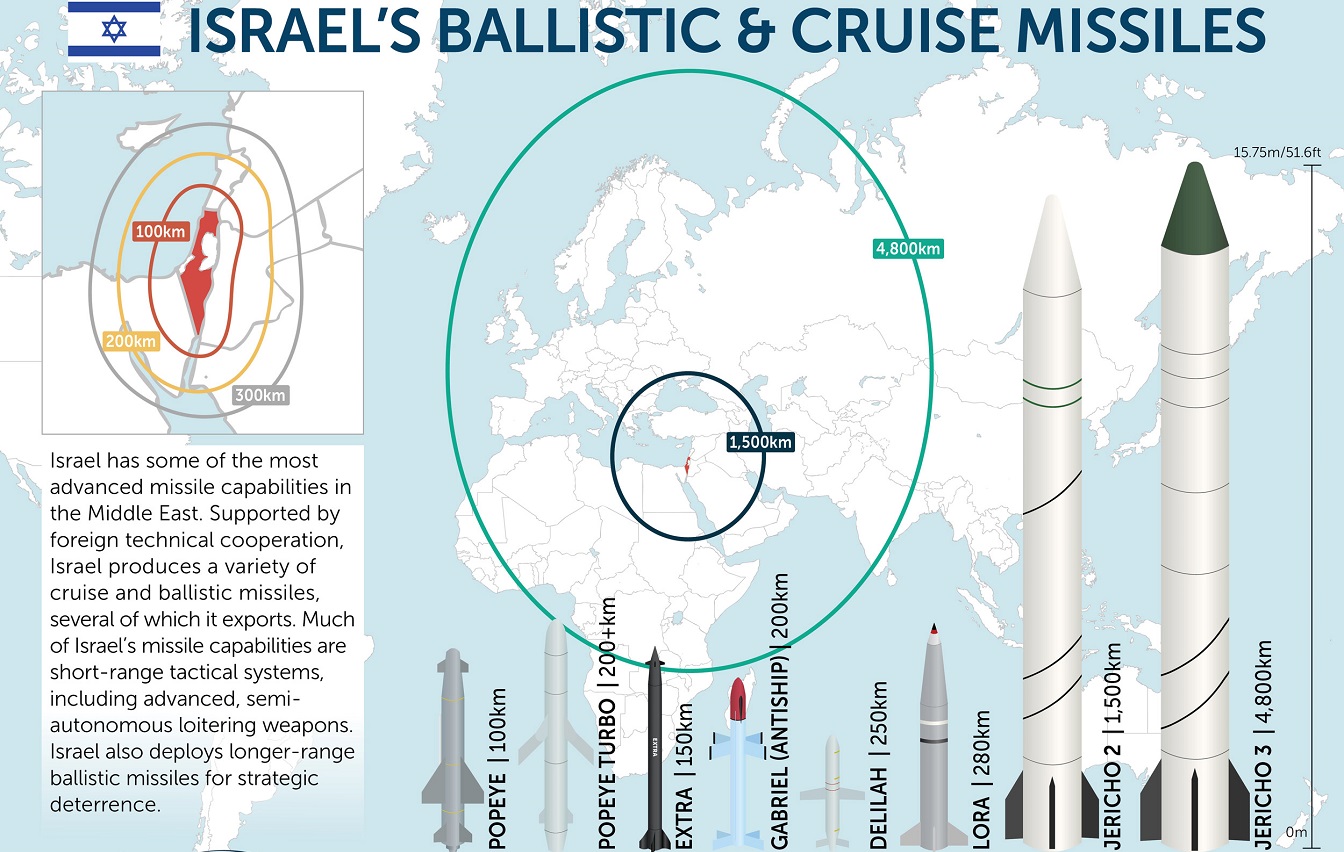 Meet the Jericho 3: As the world anticipates the Islamic Republic of Iran’s progress in its nuclear program, one country is particularly tuned in. Israel and Tehran have engaged in a “shadow” war since monarchical rule was abruptly squashed during the Iranian Revolution in 1979. Hostilities encompass threats, aggressive rhetoric, and proxy-launched warfare. Since Iran’s revolutionary principles declare Israel its number one enemy, the regime’s efforts to acquire nuclear assets directly threaten its existence. Although Israel keeps its “alleged” nuclear program under wraps, it is largely believed to possess weapons of mass destruction.

In 2019, Israel’s Defense Ministry revealed that it had carried out a test launch of a rocket engine propulsion system from a base in the central part of the country. Many industry experts and analysts suspected that the launch was linked to Israel’s development of a new variant of its top-secret Jericho missile program.

This program dates back to the 1960s when the Jewish state first began to dabble in nuclear capabilities. Israel and the French aerospace company Dassault created the Jericho ballistic missile program as a joint effort. While France eventually withdrew from the project, Israel carried on and produced the two-stage solid-fuel Jericho-1 missile. By the early 1970s, this missile was almost put to use during the Yom Kippur War. The surprise attack by hostile actors forced Israel to put its Jericho missiles – which were suspected of being fitted with nuclear warheads – on high alert. Ultimately, the Israeli Defense Forces (IDF) did not deploy these missiles during this conflict.

The next variant in the Jericho missile family emerged shortly after the Yom Kippur War. By 1989, the Jericho 2 became operational in Israel. According to the Center for Strategic and International Studies Missile Defense Project, the development of the Jericho variant was “spurred in part by the U.S. refusal of an Israeli request to purchase the Pershing II IRBM.². The missile entered development in 1977, and there is some evidence to suggest that it was once a joint Israeli-Iranian project. If true, any cooperation ended by 1979.”

The Jericho-2 missile is a longer-range version of its predecessor, equipped with a range of 1,500-3,500 kilometers with the same 11,000-kilogrampayload. Israel reportedly uses the Jericho 2 for its Shavit space-launch vehicle (SLV). Scientists at the Lawrence Livermore National Laboratory assert that a Shavit, “could transport a nuclear warhead a minimum of 5,300 km” if deployed as a ballistic missile, with the DOD estimating a potential range of 7,200 km. Between 1988 and 2010, Israel launched nine known Shavit space launches

While the Jewish state maintains its status of “nuclear ambiguity,” the existence of a newer Jericho 3 ballistic missile variant is probable. Israel’s 2019 launch of a “rocket engine propulsion system” was largely believed to be the newest Jericho variant. This weapon is believed to feature a payload of 1,000-1,300 kilograms and a 7750-kilogram nuclear warhead, although all estimations remain unconfirmed.

CSIS reported that “It is suspected that there are decoys included in the payload and several independently targeted RVs (if equipped with the smaller nuclear yield). It has a range of 4,800 to 6,500 km and uses inertial guidance with a radar-guidedwarhead.”

Although Israel has never acknowledged its nuclear pursuit, it is widely believed that it possesses this capability. The Jewish state is not party to the Nuclear Non-Proliferation Treaty (NPT), the international treaty whose objective is to limit the spread of nuclear weapons through peace and nuclear disarmament.

Earlier this month, Israel indicated it would not alter its policy surrounding its assumed nuclear arsenal. Israeli Prime Minister Yair Lapid said that the country’s “other capabilities” are what “keep us (Israelis) alive and will keep us alive as long as we and our children are here.”

Israel’s alleged nuclear arsenal clearly serves first and foremost as a deterrent to the Iranian regime. Tehran has threatened to wipe the Jewish state off the map for decades, and the rogue state’s more recent efforts to acquire nuclear capabilities further embolden remarks like these. In July, Supreme Leader Ayatollah Ali Khamenei boasted that Iranian scientists could “easily produce 90 percent enriched uranium,” adding that “Iran has the technical means to produce a nuclear bomb but there has been no decision by Iran to build one.” Iran’s escalating rhetoric may coincide with more Israeli “rocket engine propulsion system” test launches to come.