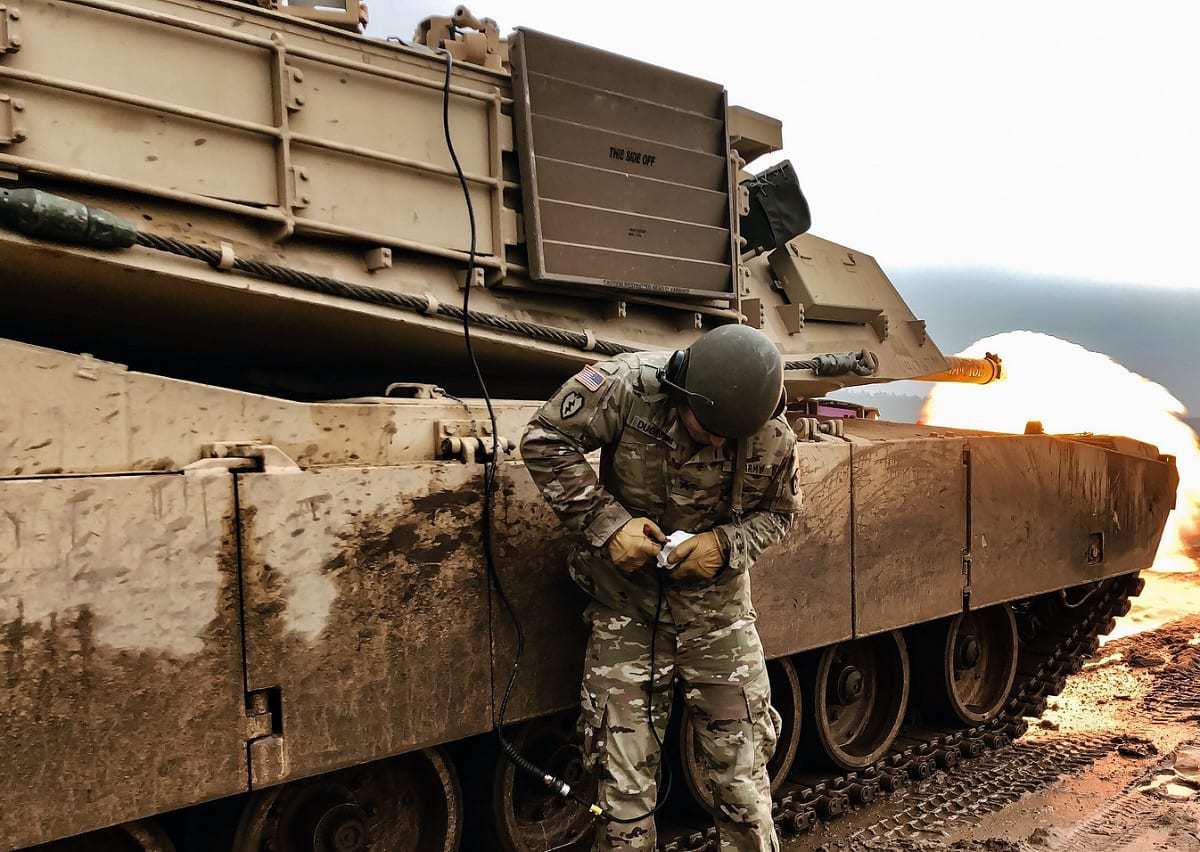 Poland has become the linchpin of NATO’s eastern defense. Recognizing its important geostrategic position, the U.S. has deployed significant forces to that country, including a rotationally deployed Armored Brigade Combat Team (ABCT) and the prepositioned equipment for a second ABCT.

Simultaneously, Warsaw is rapidly modernizing its military, primarily by acquiring Western military hardware, thereby enhancing interoperability with its NATO allies. Included in its recent purchases are more than 360 M1 Abrams tanks, the same type used by U.S. ABCTs. But after taking this significant step, Warsaw turned to South Korea to provide it with 1,000 additional main battle tanks. This will complicate interoperability and access to spare parts.

Why is the U.S., which has additional M1s that it could provide to this important ally, letting Poland buy tanks from South Korea?

A Modernizing Military With Abrams Tanks

Poland is turning into a military powerhouse, spending well above the 2% of GDP that NATO member-states pledged to allocate to defense. With this money, it is rapidly modernizing a military hampered for decades by a continuing reliance on Soviet-era equipment. Poland has focused mostly on acquiring crucial U.S. equipment. It joined Europe’s F-35 club, signing a contract to acquire 32 Joint Strike Fighters. Poland also has purchased dozens of U.S.-built F-16 fighters, a number of Patriot air and missile defense batteries, and a substantial number of HIMARS, the rocket artillery system that the Ukrainian Army is employing to great effect.

Poland has played a central role in NATO’s efforts to support Ukraine in its defense against Russian aggression. The country has received millions of Ukrainian refugees. It is serving as the critical transshipment point for Western humanitarian aid and military assistance. At one time, Poland offered to send Ukraine its surplus MiG-29 fighters. Since February, Warsaw has provided Ukraine with domestically produced self-propelled howitzers, multiple rocket launchers, and some 200 T-72 tanks.

Even before the Russian-Ukrainian conflict, one of Poland’s most important modernization programs was its effort to replace Soviet-era main battle tanks with modern platforms. To that end, Warsaw signed an agreement with Washington in April to acquire 250 M1A2 SEPV3 main battle tanks, the same version of the Abrams that is entering service with the U.S. Army. This contract also included acquisition of 26 M88A2 HERCULES armored recovery vehicles and 17 M1074 Joint Assault Bridges.

As Poland began shipping its old T-72 tanks to Poland, it went back to the U.S. for an additional 116 used M1s in order to prevent a capability gap in this critical area. These were older variants of the Abrams that had once equipped U.S. Marine Corps heavy armor units.

With its acquisition of some 360 M1s, Poland will operate the world’s best main battle tank. Since it was introduced in 1980, the Abrams has undergone a series of improvements designated as System Enhancement Packages Versions 1-3 (SEPV1-3). The M1 SEPV3 is the latest version of the Abrams and a significant improvement over earlier variants. It is intended to respond to advances in foreign armor developments.

The SEPV3 will be more lethal and survivable than its predecessors, but at the same time easier to maintain. The new variant will be equipped with upgraded computers, sensors, radios, and power management systems. It will have an Auxiliary Power Unit that allows the Abrams to keep its sophisticated sensor systems running while the engine is off. Survivability measures include an improved Common Remotely Operated Weapon Station, a Counter Remote Controlled Improvised Explosive Device Electronic Warfare package, and reinforced armor. The SEPV3 will also be the most lethal version of the Abrams. It adds an improved Ammunition Data Link for the fire control system, and new rounds for the 120mm main gun.

An even better variant of the Abrams, the SEPV4, is in development. The SEPV4 would include advanced sensors that would improve target engagement in all weather conditions, as well as a new communications system, and new munitions to defeat advanced enemy armor at a longer range.

It’s Not Just About Poland

The acquisition of hundreds of Abrams tanks is about more than modernizing the Polish Army. It is about enhancing the interoperability and sustainment of NATO forces. Polish armored forces and the U.S. ABCTs deployed to that country will now be able to cooperate more closely. They will have pools of spare parts and munitions common to both countries’ M1s. As Poland develops the skills and local industrial base to support maintenance and repair of the M1, these assets will be able to support U.S. ABCTs.

Operating the same equipment delivers great advantages to both countries, and to the alliance as a whole. As such, it is extremely surprising that last month, Poland signed an agreement with South Korea for a massive arms acquisition deal that includes a reported 1,000 K2 main battle tanks, as well as self-propelled howitzers and light attack aircraft.

Having agreed to provide Poland with hundreds of advanced Abrams, it makes no sense that the United States would fail to meet Warsaw’s need for additional main battle tanks. This allows the advantages of operating a common platform to dissipate. Now the Polish military will have to add another supply chain to its sustainment capability and figure out how to make the K2 interoperable with its other armor systems. 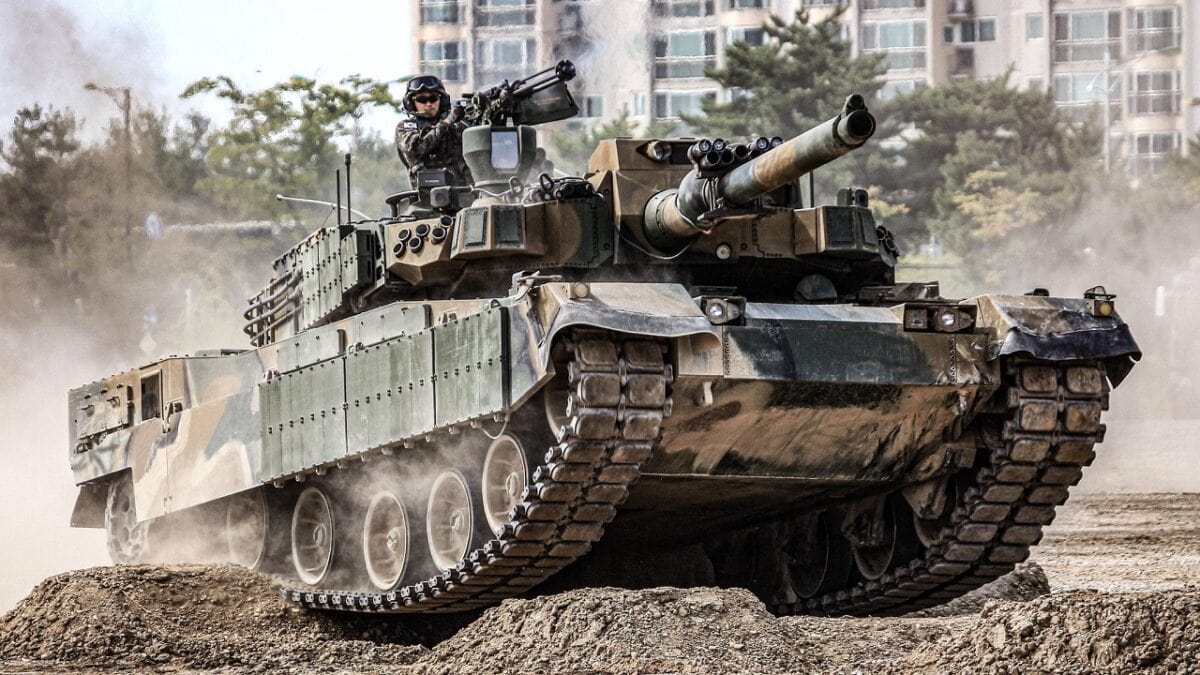 The Polish government claimed that the contact with South Korea helps close a capability gap created by the transfer of large amounts of equipment to Ukraine. But the U.S. Army has enough older versions of the Abrams in storage that could be upgraded to the SEPV3 standard and provided to Poland. The U.S. military has the industrial capacity to provide these upgraded Abrams to Poland on an accelerated basis while continuing to meet the U.S. Army’s demand for the SEPV3.

It will take years for Poland to bring in the K2 tanks. That gives Washington time to weigh in and get Warsaw to reconsider its decision. But the U.S. must, at a minimum, be willing to offer Poland additional Abrams SEPV3 tanks. Offering further upgrades to the SEPV4 would make even more sense.