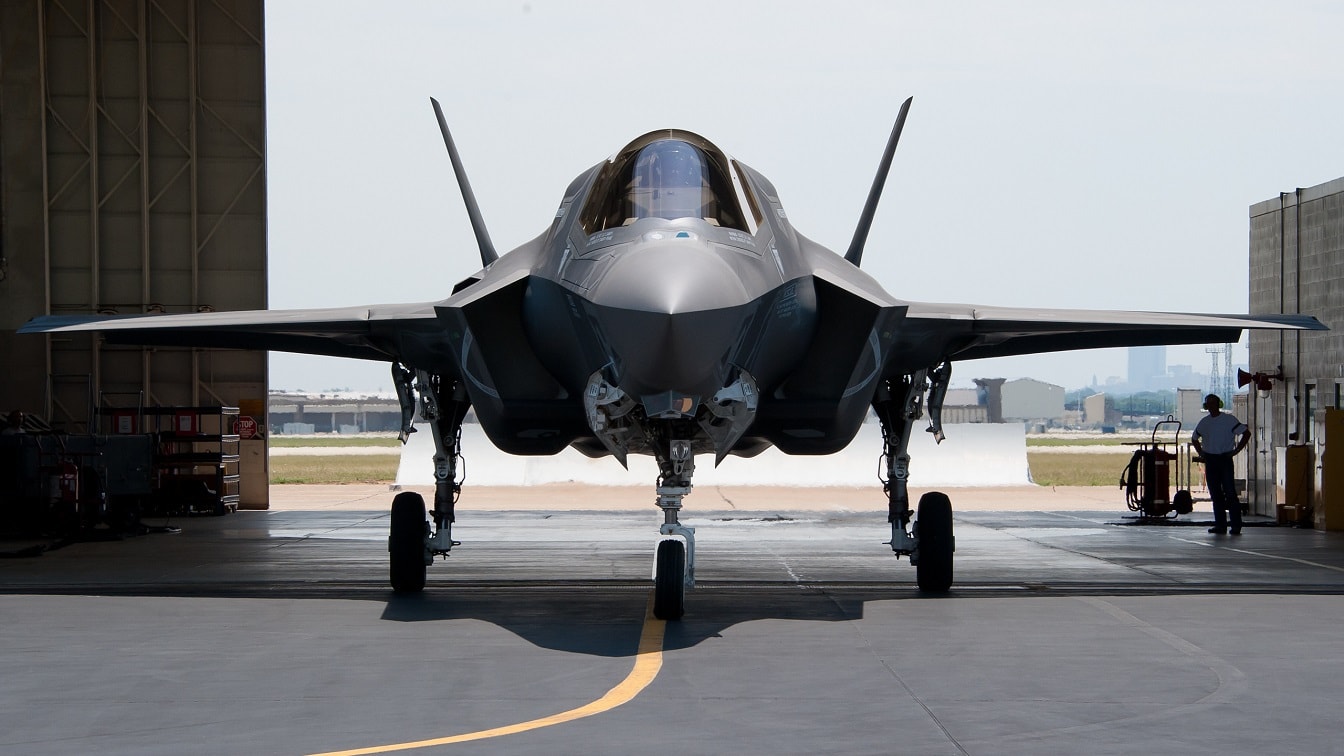 The poor Lockheed Martin F-35 Lightning II, the 5th-Generation fighter, just can’t seem to avoid controversy for even one fleeting moment. (At least not the ones in American hands, that is; the Israeli Air Force is apparently getting much better results out of the warbirds.) As if the various teething issues and cost overruns with the warbird weren’t bad enough, now there’s a bureaucratic turf war brewing over just what type of engine belongs in the plane. Say hello to the F135 EEP vs. AETP debate.

This engine-related controversy was first brought to my attention two months ago by a professional colleague at a Washington DC conference. More recently – as in just two days ago as these words are written – the issue got the attention of The Washington Times, as the paper published a guest op-ed on the subject penned by retired U.S. Navy Captain Scott Gureck, former Executive Vice President of the U.S. Naval Institute, titled “Navy, Marines shouldn’t bear costs for Air Force F-35 engine replacement.” But before we examine the crux of the controversy, a bit of technical background is in order.

The F135 is the original engine for the F-35 jet, developed by the time-honored Pratt & Whitney Division (originally the independent Pratt & Whitney Aircraft Company, founded in 1925) of Raytheon. The F135 engine hasn’t remained frozen in time, as evidenced by the manufacturer’s EEP (Enhanced Engine Package). As the company’s official info page notes:

“Pratt & Whitney developed EEP, a block upgrade for the F135, with the objective of providing an affordable, low risk, and agile pathway to fielding meaningful propulsion capability for all F-35 customers. EEP leverages Department of Defense investments in adaptive technology to deliver the advanced capability needed for Block 4 and beyond, while maintaining the variant-commonality and international partnership approach that the joint program was built upon. Doing so maximizes affordability for all, with EEP generating approximately $40B in lifecycle cost savings over the life of the program … Additionally, low technical risk is a must for pilot safety on a single-engine fighter. Based on operational experience, today’s F135 is the safest fighter engine ever produced. As a derivative design, EEP builds upon the same proven architecture that has more than one million flight hours of safe and dependable operation so pilots can complete their mission and return home safely.”

AETP: Fixing Something That Ain’t Broke?

The EEP improvements, apparently, aren’t good enough to satisfy certain powers-that-be, including current Secretary of the Air Force (SECAF) Frank Kendall. SECAF Kendall and other senior officials at the Pentagon have instead insisted upon the implementation of an entirely new propulsion system known as the Adaptive Engine Transition Program (AETP). AETP would essentially be a revival, and a rehash of a revival of the F-35 alternative engine program, which was canceled in 2011 after bipartisan condemnation of the waste associated with the procurement of a second engine. To give you an idea of the strength of this bipartisan opposition, both the Department of Defense (DOD) and the administrations of both Presidents George W. Bush and Barack Obama repeatedly said a second engine was not needed and did not request funds for its development; Mr. Obama in particular went as far as to threaten to veto any budget with an alternate engine in it.

The ensuing cancellation of the second F-35 engine ended up saving the U.S. taxpayers upwards of $3 billion, quite possibly the only time in the entire history of the F-35 money pit program that fiscal restraint and cost-efficiency actually prevailed.

Yet now Mr. Kendall – who served as Under Secretary of Defense for Acquisition, Technology, and Logistics during the Obama Administration – insists on bringing back that second engine, now under the AETP banner, warning of dire consequences if this agenda is not fulfilled: “If you have several hundred F-35s in your inventory, how many more F-35s are you willing to forgo to get the new engine? It’s an expensive engine. It takes a lot just to do the development — several billion dollars. So are you prepared to have 70 fewer F-35s in order to have that engine in the ones that you do have?”

The biggest problem with AETP is one of compliance and compatibility; it’s an Air Force-only system. And Capt. (Ret.) Gureck has a serious problem with that, as he forcefully elaborates:

“A major drawback is that it’s only feasible for the Air Force F-35A used on conventional runways — not the Marine Corps F-35B for vertical, short takeoff and landing; and not the Navy F-35C used in catapult launches and arrested landings… If AETP goes ahead into production, with possibly 70 fewer Air Force F-35s in the inventory, the Navy and Marines would have to fly more aircraft into any fight to make up for the shortfall … Besides the increased combat load, the Navy and Marine Corps shouldn’t be forced to pay for an aircraft engine they can’t use, even if indirectly… Bottom line: Adopting an expensive new propulsion system for the Air Force-only F-35, and mid-program at that, is costly for all American taxpayers and seems deeply unfair to the Navy and Marine Corps.”

Capt. Gureck’s concerns are understandable, as the USAF-only AETP defeats the purpose of a Joint Strike Fighter, which the F-35 was supposed to be in the first place. 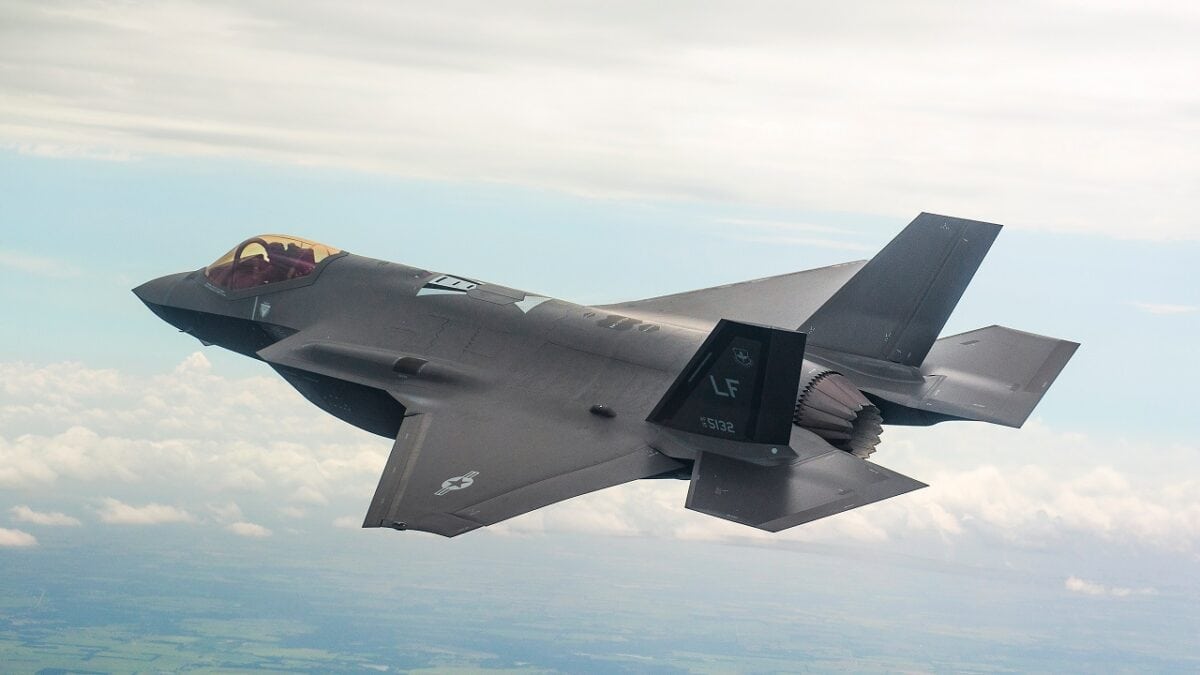 Last but not least, there’s one other problem with the AETP proposal which was raised in a Real Clear Defense article by Greg Slavonic back in February: the would-be new propulsion system will take at least half a decade, way too long to be impactful and keep up with the ever-changing threat environment.