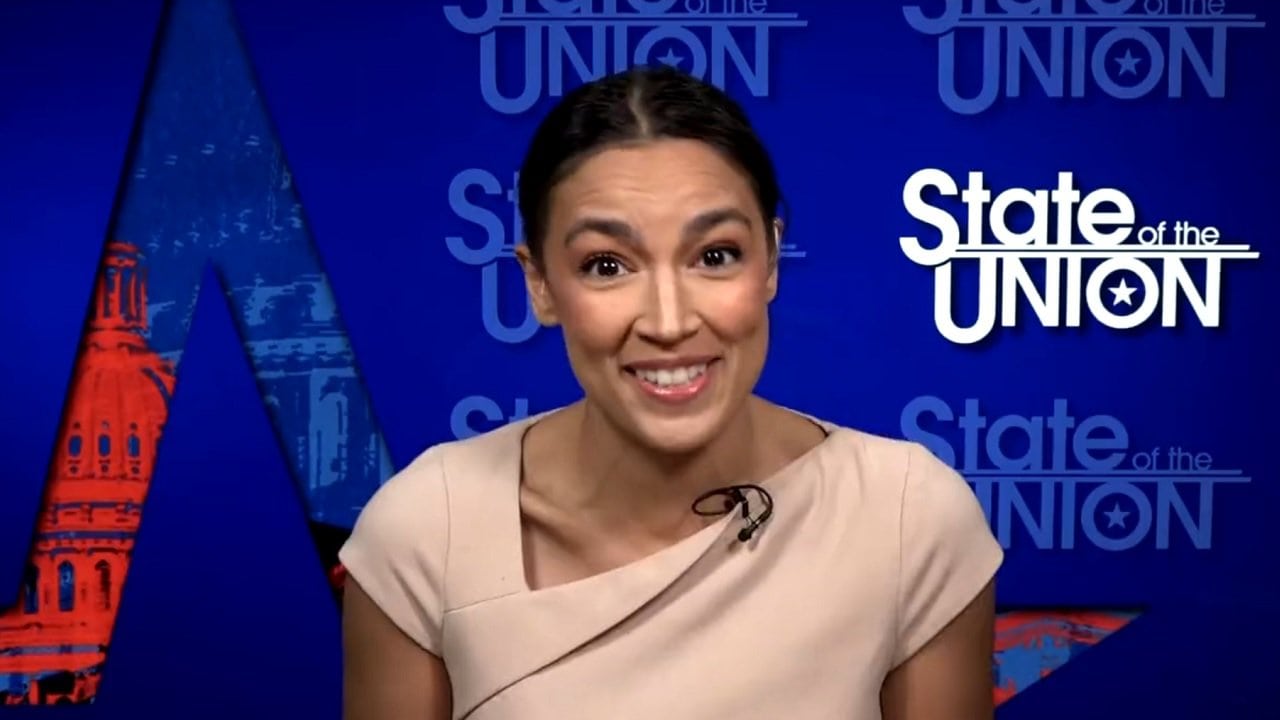 Alexandria Ocasio-Cortez, or AOC, being interviewed on CNN.

CNN has been struggling. The evidence is in the product. I, a consumer of CNN who has relied on the network as a general source of everyday news for about a decade, am no longer able to tolerate the network. The quality is too low; the partisanship too egregious; the tone too indignant and/or out-of-breath-hyperbolic. Somewhere along the way CNN became wholly unusable in my opinion; offering a product more akin to a state-run propaganda organ than a reliable hard news distributor.

Apparently, I wasn’t the only one who felt this way.

“Projections from S&P Global Market Intelligence say CNN’s profitability is on pace to decline to $956.8 million this year,” The New York Times reported. “That would mark the first time since 2016 that the network had dipped below $1 billion in profit, according to three people familiar with its operations.”

Most aptly signifying CNN’s recent troubles is the CNN+ debacle. CNN+ was the company’s new streaming service, meant to propel the media outlet into the digital age. CNN+’s launch, earlier this year,  was a professional-class spectacle: “Ethan Hawke, who directed a film for CNN+, mingled with Anderson Cooper and Carl Bernstein as guests nibbled on miniature lobster rolls and gawked at the dizzying views of the New York City skyline.” CNN executives were ecstatic about their new product, projecting “that within the next decade, CNN+ would be more profitable than the company’s cable arm today,” Axios reported. CNN felt its streaming service had the capacity to attract 30 million global subscribers from a total market of 72 million people. The streaming service was the future.

CNN+ belly-flopped. Really, it was a disaster. “At any given time, fewer than 10,000 people were watching the service,” The New York Times reported. YouTube video game players, by comparison, regularly have more real-time viewers than CNN+. The streaming service, which was meant to bring CNN into the future, did not last a single month – “a stunning move given that … CNN poured nearly $100 million into development costs for the streaming service, in addition to huge expenses on promotion,” Deadline reported.

Is There an Ideological Shift Coming?

Now, after the CNN+ mess, a few scandals, and an ownership change, rumors are now swirling that CNN may be considering an ideological shift.

“Major changes at CNN in recent weeks have sparked chatter in media and political circles that the network’s new corporate ownership is pulling it to the political right,” The Hill reported. “CNN strongly denies such a change is taking place, saying it is entirely focused on objective journalism.” Well, we know objectively that CNN is not focused on objective journalism – at least not in the very recent past;  the network had become something like a sponsored entity of the DNC. But CNN’s ultimate goal is to make a profit.

Could that pervasive objective inspire a shift to the right? Sure, in theory. But where are these rumors coming from?

“Criticisms of President Biden by on-air personalities in particular have triggered questions from the political left about whether things are changing at CNN, which has a new corporate owner,” The Hill reported. “Brianna Keilar, an anchor on CNN’s flagship morning program, lambasted Biden’s White House last week over a decision to use U.S. Marines and a dark-red backdrop in the background of a speech slamming Trump Republicans.”

There it is; that’s really it: a CNN anchor criticized Biden for criticizable behavior. That criticizing a Democratic president in any way could be construed as a shift to the right indicates how strictly partisan CNN, the media at large, and indeed society has become. Criticizing Biden is not right-wing. Criticizing Trump is not left-wing. Left-wingers should be criticizing their left-wing leaders. Right-wingers should be criticizing their right-wing leaders. Criticism from the “other side” doesn’t mean all that much, especially today. “Same-side” criticism, on the other hand, is more credible and perhaps more likely to inspire reform. And generally, criticizing public officials, holding them accountable, is the responsibility of citizens within a democracy.