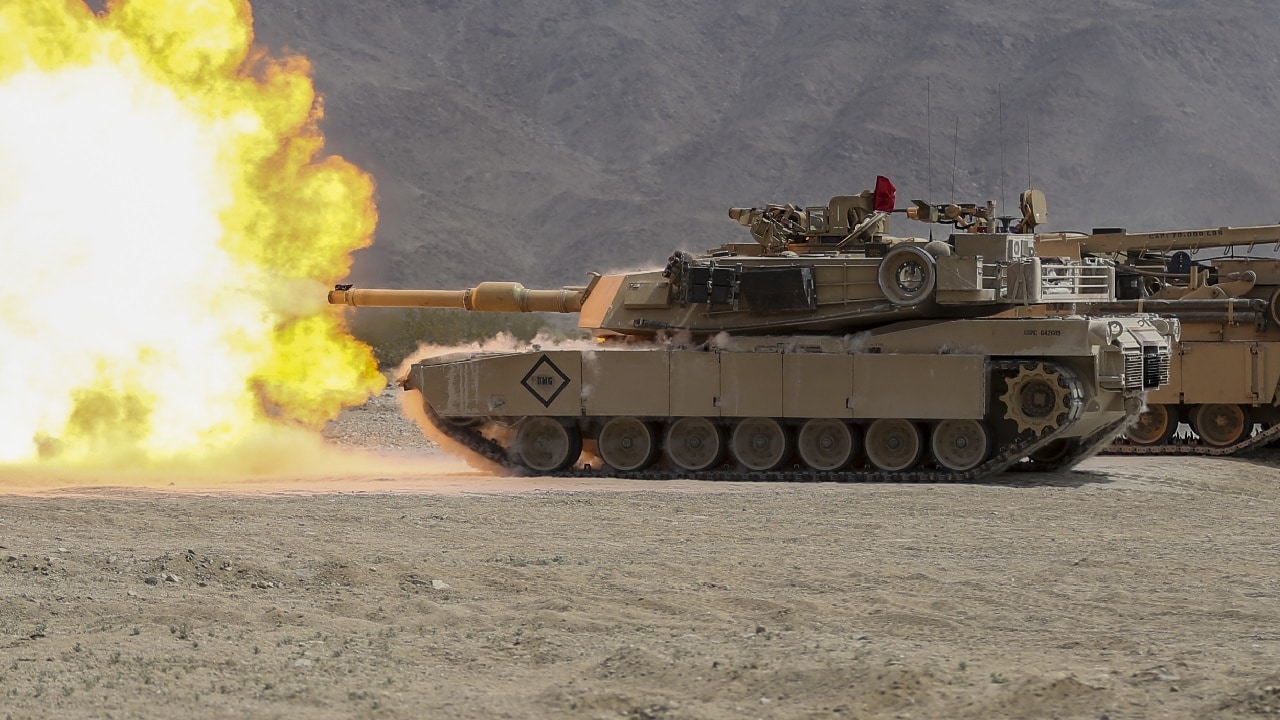 An M1 Abrams Tank fires off a round as a demonstration during 1st Tank Battalion’s Jane Wayne Spouse Appreciation Day aboard the Marine Corps Air Ground Combat Center, Twentynine Palms, Calif., April 3, 2018. The purpose of the event is to build resiliency in spiritual well being, the will to fight and a strong home life for the 1st Tanks Marines and their families. (U.S. Marine Corps photo by Lance Cpl. Rachel K. Porter)

In the aftermath of Ukraine’s surprisingly successful counteroffensive north of Kharkiv, many are lobbying the U.S. government to send Kyiv yet more weapons and support. That sentiment is understandable. What is not understandable, however – and has gotten far fewer media attention – is the U.S. sending $1 billion in new spending to several European countries to help their defense. That needs to stop.

It is time for Washington to end its underwriting of wealthy nations’ defense. It has gone on for too long, and  countries that have the financial ability to pay for their own national defense have instead continued to  rely on the extension of the U.S. Armed Forces.

Biden administration officials have given contradictory explanations for why this new spending is necessary. They appear tone-deaf to emerging realities.

CIA Director William J. Burns told a Washington audience last week that “not only has the weakness of the Russian military been exposed,” but there will be “long-term damage done to the Russian economy and to generations of Russians.” Meanwhile in Europe, Secretary of State Antony Blinken reached nearly the opposite conclusion when he announced a total of nearly $3 billion more in military aid, which he said was designed “to bolster the security of Ukraine and 18 of its neighbors…potentially at risk of future Russian aggression.”

Which is it? Is Russia so strong that we need to send American taxpayer money to 17 other nations, or is it so weak that Russia cannot even defeat its smaller neighbor?

In truth, Russia is neither strong enough to invade any other countries, nor so weak that its war in Ukraine can be declared a failure. These contradictory claims by senior White House officials are the latest evidence that the Administration has no coherent strategy for U.S. policy toward NATO, nor regarding the war in Ukraine.

The nations receiving funds from the U.S. include states such as Albania, Bosnia, Bulgaria, Croatia, the Czech Republic, Estonia, Georgia, Greece, Kosovo, Latvia, Lithuania, Moldova, Montenegro, and others. Only three of the countries are even close to Russia, and they are in no danger whatsoever of an invasion. Why, then, should Washington give them American taxpayer money?

Presidents have lamented for decades that NATO countries do not do enough for their own security and have urged these partner countries to contribute more to NATO. At a time when it is painfully clear that the threat of a conventional attack by Russia has always been overblown for most countries, and is now no longer even possible, there is no justification for giving away $1 billion that will only expand Europe’s dependence on America.

Burns was right about one thing: The war has severely degraded Russia’s military, and the Kremlin is incapable of threatening a single country in Europe with its conventional military power. Zelensky’s offensive in Kharkiv showed this to be true. It would be a gross understatement to acknowledge that the United States has provided more than any other country in Europe to help Ukraine defend itself, and a good bit of the justification for that aid has been to help safeguard Europe.

What has been sorely lacking is a commensurate level of support from European states themselves. If, as is often claimed, the security of all of Europe is at stake in the Russia-Ukraine war, then the countries closest to the fighting should have the most motivation to help Kyiv. That hasn’t been the case, however, as the United States has provided or committed more than $40 billion while Europe has pledged about $17 billion.

European GDP is $17 trillion. There is no reason why the U.S. should be paying more for European security in the Russia-Ukraine War, more than Europe for NATO, and now providing 17 additional countries with another $1 billion. There is a point where American help becomes largesse. Helping those in need is laudable; doing for others what they can and should do for themselves, however, is an unnecessary waste of American taxpayer dollars. It’s time to bring our policies into balance with financial reality in Europe.

In this article:Defense Spending, Europe, NATO, War in Ukraine