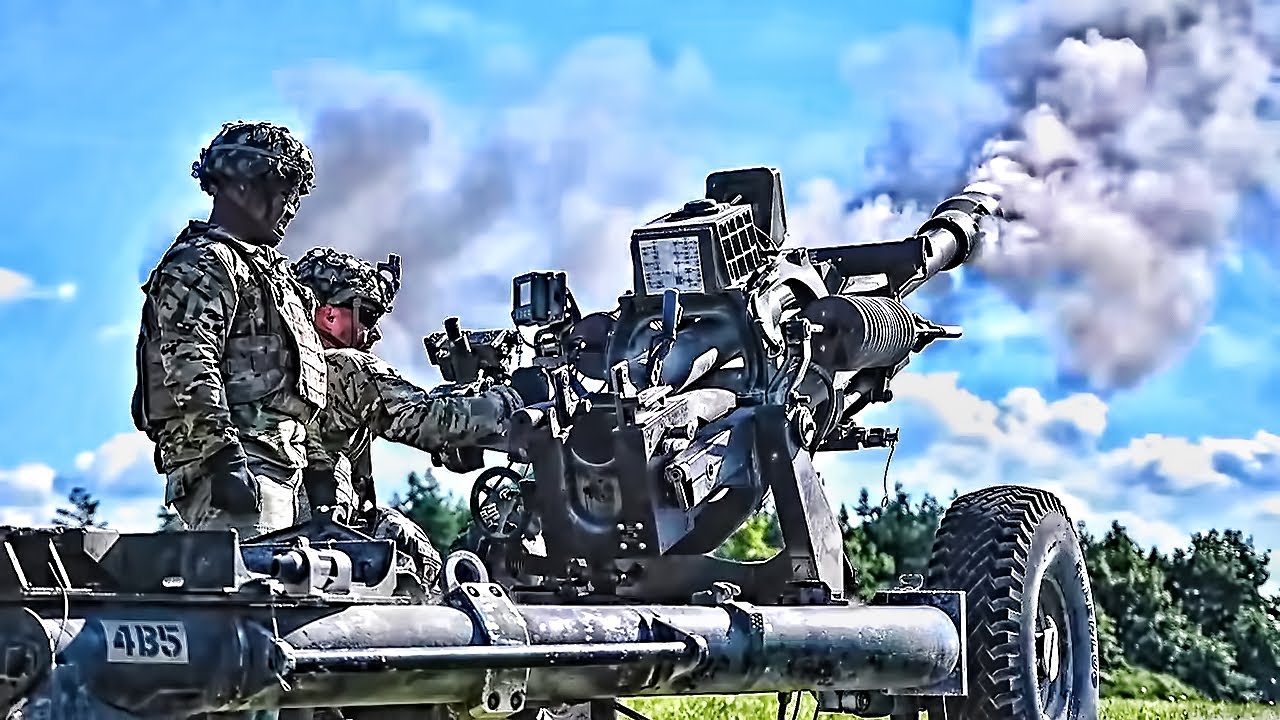 More M119A3 – What Ukraine Truly Needs: While more modern and long-range weapon systems, especially HIMARS and MLRS, have captured most of the conversation about U.S. military support for Ukraine, the role of cannon artillery cannot be underappreciated.

Long-Range Weapons on the Field

It’s understandable that these big-ticket items get the most attention because of their range, accuracy, and strategic importance. But, despite the never-ending debate about which missiles the U.S. should or should not send, the DoD has made clear that the U.S. will likely retain the status quo of missile and rocket support, remaining hesitant to provide longer-range weapons.

Additionally, while Ukraine’s counter-offensive has been extremely successful, the war is far from over as the DoD foresees a fall of tough fighting before a winter stalemate. Undoubtedly, the effects of HIMARS and MLRS in shaping operations proved vital for the counteroffensive to be as successful as it has been. But the war has moved into a new phase, a phase where Ukraine possesses the momentum and initiative in an offensive where its maneuvering forces are fighting to close in on and destroy the enemy. The mission of the artillery is to enable those maneuver forces to do just that, not simply to flex muscle by destroying long-range targets.

Adapt Equipment Supplies Based on Need

As it has throughout the war, U.S. support should adapt to meet the needs of Ukrainians. In this new phase, cannon artillery will be vital in providing these maneuver forces with the fire support they need. It’s important to remember that the Ukrainian Army is largely modeled after NATO armies, namely the U.S., which currently utilizes brigade combat teams (BCTs) to conduct large-scale ground operations as a “joint team” of varying units. Further, while the U.S. Army is looking to move away from the BCT model, in favor of returning to divisions and corps to meet near pear threats, you fight with the army you have, not the army you want. In the U.S. Army, fire support for BCTs is rarely provided by HIMARS or MLRS. Instead, in most cases, it comes from lighter, towed cannon artillery pieces.

While HIMARS and MLRS may be division- or even corps-level assets, under the discretion of a general, howitzers like the M777A2 and M119A3 are the BCT’s organic assets. This allows the field artillery battalion to be integrated into the larger brigade’s mission and operations, providing fluid and timely fire support to its assigned maneuver battalions and companies.

In quick and decisive offensive operations, where Ukrainian forces are constantly adapting to Russian defenses, these cannon artillery batteries provide the firepower those maneuver units rely on.

This brings us to the U.S. Army’s primary artillery piece in light infantry brigade combat teams (IBCTs), the M119A3 (119ers in artillery vernacular). The 119ers don’t pack the punch or have the range of the M777A2, but that is for good reason. First, they are light enough to meet the needs of light infantry units, retaining high mobility relative to an IBCT’s speed and tempo.

Likewise, their relatively short range, 14.5 km or 19.5 km with RAP (rocket assisted projectile), meets most of the needs of light infantry units that rarely outrun their artillery support like armor or mechanized units. Most importantly, what they lack in range and effect radius is made for with an exceptional rate of fire of 6 rounds per minute for two minutes or three rounds per minute of sustained fire. Finally, the 119er has a comparable digital fire control system to the M777A2, which increases capabilities, both in terms of speed and accuracy. These capabilities allow 119er batteries (6 guns when fully fielded) to emplace, fire, and displace efficiently and quickly. This is crucial in providing timely and accurate fires that meet the needs of Ukrainian maneuver forces. For those readers who keep feeling lost when they hear “combined arms operations” all over cable news, this is a key component: integrating effective and mobile fires with maneuver forces.

Combined Arms Can Be More Effective in the field

Combined arms are especially important when facing an enemy like Russia, which has an entirely different doctrine of warfare, one based around artillery instead of maneuver, and outguns and outranges even most NATO artillery. Those Russian capabilities and doctrine, which treats artillery as “the god of war,” means that Ukrainian artillery needs to shoot quickly and displace quickly before Russian artillery has the chance to counterfire. And, since Ukrainian units can’t take quick and effective Russian counterfire for granted, meaning that they can’t spend too much time firing from the same position, their shots need to count when they fire. The 119er is the ideal weapon system to meet that challenge in terms of mobility, survivability, and capability.

While the M119 would meet many needs of Ukrainian forces, it would also be less of a cost to the U.S., which has depleted many of its reserves by providing longer-range and more modern weapon systems and ammunition. M119s, and the accompanying 105mm ammunition, on the other hand, do not pose the same threat to America’s own defense needs. Many Army units have already transitioned from the M119, seeking longer-range fires and an armament more centered on rockets and missiles. While this means that the U.S. has more M119s in storage, it also means that providing 105mm ammunition is less valuable than the 155mm ammunition of the M777 and M109, which are still very much in service. As the U.S. Army seeks to shift and expand its artillery capabilities to meet near-peer threats in Asia and Europe, meaning moving away from the M119, it can also meet the needs of a crucial partner in Ukraine.

So far, the U.S. has committed to providing twenty 1055mm howitzers with 180,000 rounds of ammunition. We can and should do more. And the U.S. is not the only country that has provided 105mm howitzers to Ukraine. British L119 105mm cannons have already proved effective on the battlefield and superior to the soviet-style D-30 that previously served as the light Ukrainian howitzer. Likewise, Lithuania has handed over some of its own 105mm howitzers. The various 105mm pieces of other NATO nations have joined them.

While providing Ukraine with necessary HIMARS and MLRS is vital, it’s equally important that these big-ticket items don’t distract from other needs. Ukraine needs more than what captures headlines. Warfare is all-encompassing. It is not solely waged in the form of high-level targets and strategic strikes on bridges. At this very moment, Ukrainian soldiers across the front are engaged in direct combat. It is surely a brutal and horrific fight. The average Ukrainian infantryman will likely not have the protection of HIMARS or MLRS. Nor will he or she probably see its impact. That is for the generals and intelligence officials. 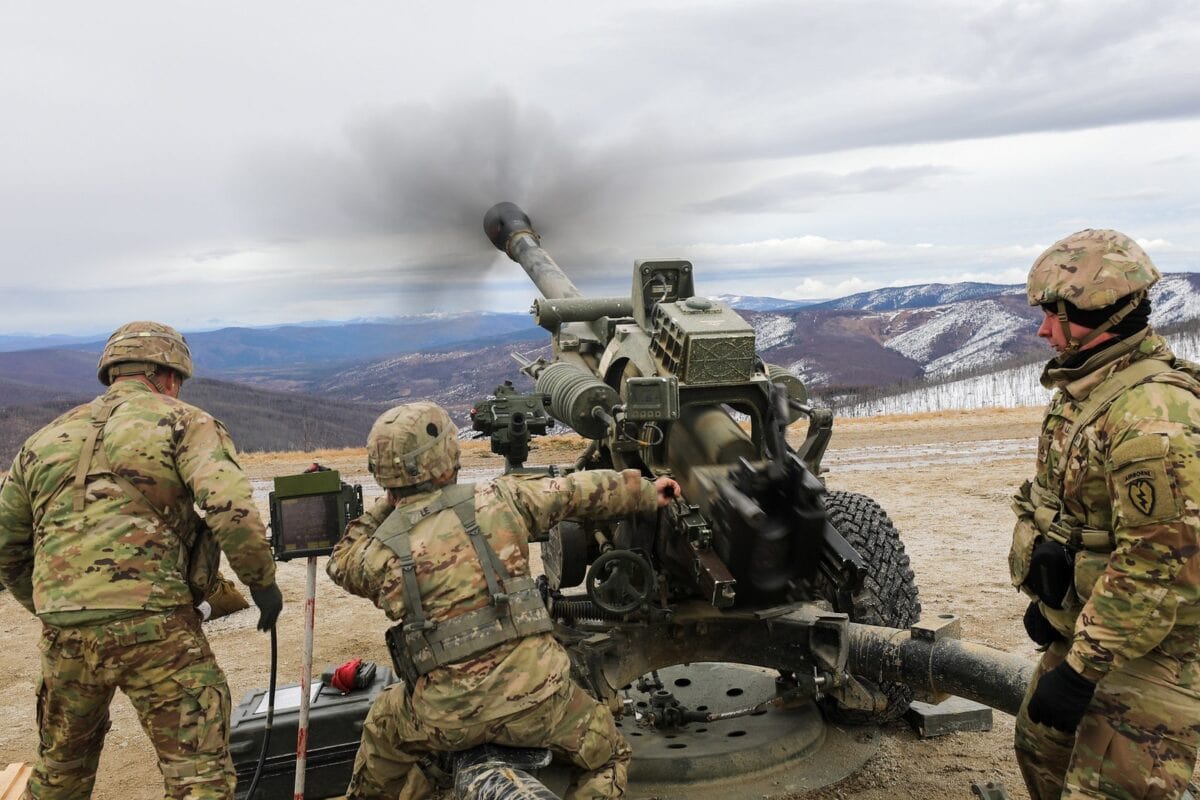 The infantry and artillery soldiers’ war will be fought where it always has: in the mud and in front of their faces. So, while we ensure strategic needs are met with MLRS and HIMARS, let’s not forget that a Ukrainian infantry platoon is probably in desperate need of fire support right now. The M119A3, and systems like it, are probably the best chance they have.

Cam McMillan served as a field artillery officer in the US Army and is an Iraq combat veteran. Cam works as an assistant director of program administration at the Fletcher School of Law & Diplomacy at Tufts University and is a Masters candidate in global studies & international relations at Northeastern University. The views expressed in this article are solely his own.

In this article:featured, HIMARS, M119A3, Russia, Ukraine, War in Ukraine

Cam McMillan served as a field artillery officer in the US Army from 2018-2022 and deployed to Iraq as a C-RAM (counter rocket, artillery, mortar) battle captain in 2021, where he was responsible for C-UAS operations. Cam is an assistant director of program administration at The Fletcher School of Law & Diplomacy at Tufts University and a Masters candidate in global studies & international relations at Northeastern University. The views expressed in this article are solely his own.