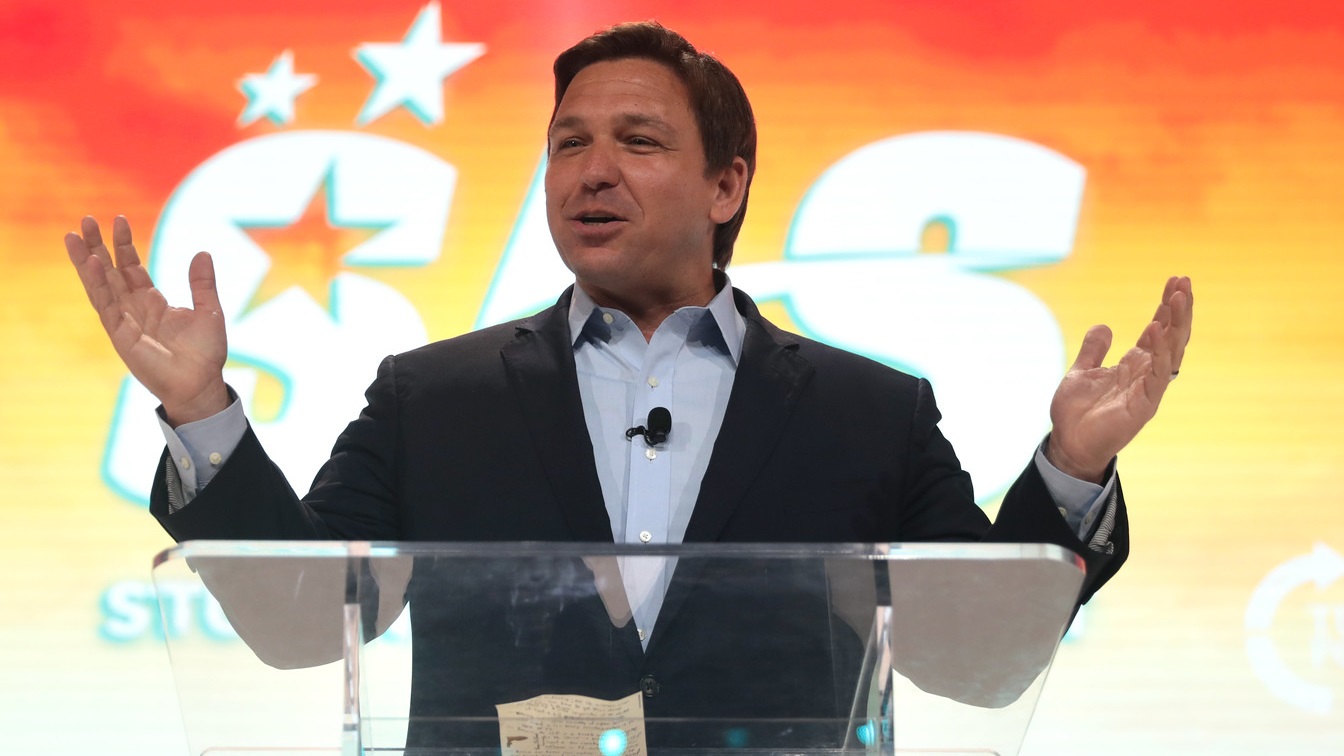 Ron DeSantis’ Immigration Moves Not Limited to Martha’s Vineyard: Florida Gov. Ron DeSantis has been trying to establish himself as a conservative leader on a number of issues. The latest is immigration.

Like other Republican governors, DeSantis is trying to contrast himself with the policies of President Joe Biden. Before inflation, there was no greater flashpoint than immigration.

DeSantis wants faraway affluent liberal communities to get a small sense of what the Biden-era migrant surge is doing to border communities. The residents of Martha’s Vineyard are not amused.

But there is more to DeSantis’ immigration insurgency than dropping undocumented migrants off in blue cities (something the Biden administration itself might be contemplating).

The Florida governor is vying for leadership of the populist and nationalist right, ascendant factions of the conservative movement and Republican Party, as surely as he is seeking reelection in November. This would position DeSantis well to compete for the Republican presidential nomination in 2024.

“So the issue is, how does immigration serve the people of the United States and the national interest?” he continued. “We’re not globalists who believe that foreigners have a right to come into our country whenever they want to.”

This is a much less romantic way of talking about immigration than past Republican leaders like former President George W. Bush. It is also a more systematic approach than former President Donald Trump, whose own immigration policies represented a profound break with Bush’s.

But even with advisers like Stephen Miller and his erstwhile boss, former Attorney General Jeff Sessions, Trump couldn’t always articulate an alternative vision that could compete with the Republican establishment view on these matters.

DeSantis wraps his populist critique of the Robert Bartley/Wall Street Journal editorial page’s free-market defense of more or less open borders in his broader rejection of corporatism and woke capitalism.

“The United States is a nation that has an economy, not the other way around,” DeSantis said, again at the natcon conference. “Our economy should be geared towards helping our own people.”

What does that mean?

“I’m not a central planner. I don’t want to be doing that,” he began. “But corporatism is not the same as free enterprise. Too many Republicans have viewed limited government to basically mean whatever is best for corporate America is how we want to do the economy. And my view is, obviously free enterprise is the best economic system.”

That doesn’t mean that what’s good for General Electric or General Motors is necessarily good for America, at least not in 2022.

“But that is a means to an end,” Ron DeSantis said of the free market. “It’s a means to having a good fulfilling life and a prosperous society. It’s not an end in and of itself, and we need to make sure that we have that firmly in mind.”

It’s not hard to see how such a vision can spiral out of control, as libertarians will be quick to remind conservatives. But it’s also not the first time conservatives have spoken this way. Pat Buchanan’s criticism of corporations whose “highest loyalty is to the bottom line on a balance sheet,” Russell Kirk’s disquisitions on the anti-conservative nature of particularly acquisitive capitalism, the work of Robert Nisbet.

Republican congressmen and even the occasional senator. Big-state governors who might be running for president have not.

The closest precedent is former Wisconsin Gov. Scott Walker’s 2015 embrace of immigration restraint when he was viewed as a top-tier candidate for the Republican presidential nomination. He was criticized by a lot of the same types of conservatives now wary of DeSantis.

Soon enough, Trump was able to take away the immigration issue — and the top spot in polls of Republican voters — away from Walker. The nomination followed.

Ron DeSantis hopes the similarities in the story end there.