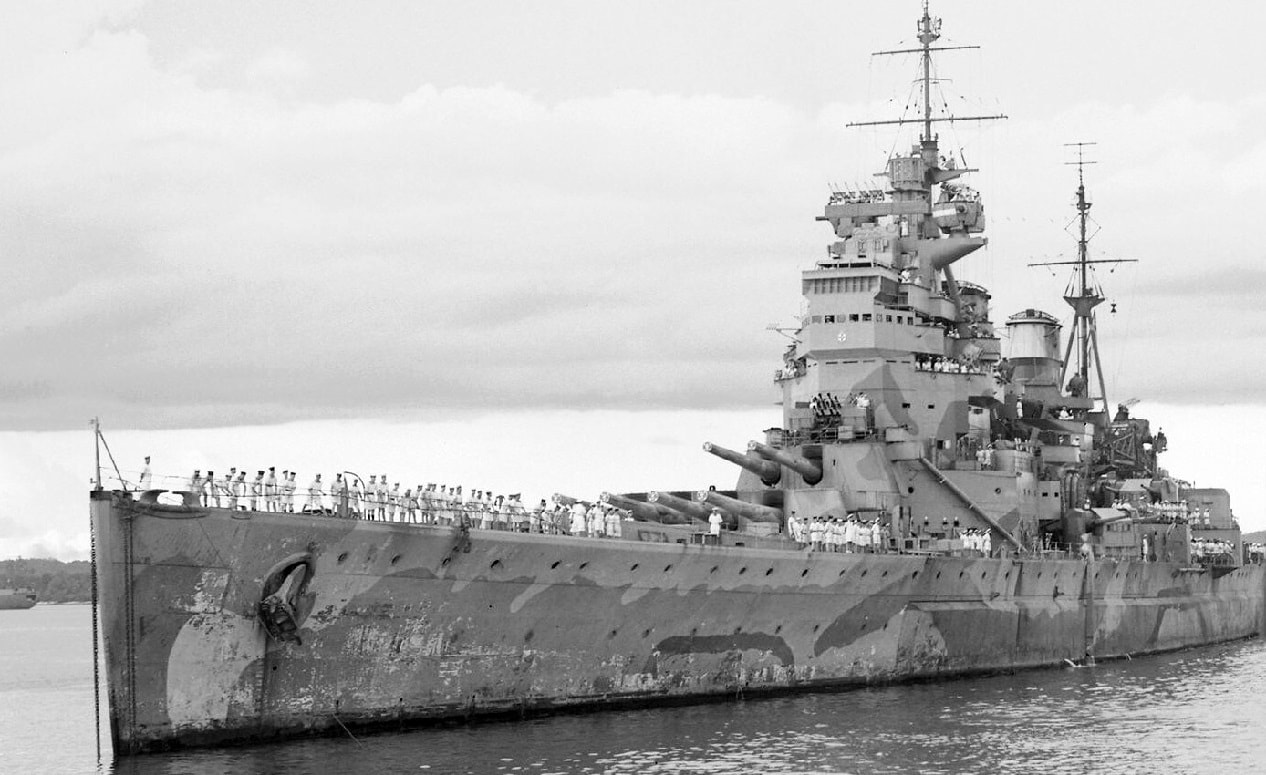 In the British Royal Family, the title of His Royal Highness (HRH) the Prince of Wales is, to say the least, a very prestigious honor. The title is currently held by the 73-year-old Prince Charles – full birthname Charles Philip Arthur George – first in line to the throne currently held by the reigning monarch, Her Majesty Queen Elizabeth II. So naturally, one would think that having a warship bearing the namesake of HRH’s royal title would be a tremendous honor for the crew serving that vessel. Yet, for some mysterious reason, Royal Navy (RN) vessels bearing the name Prince of Wales seem to be cursed with bad luck. One instance occurred as a deadly disaster. Whilst in a far more recent instance, no loss of life, but still a major embarrassment for the RN.

Flashback to December 10, 1941 – a mere three days after the Pearl Harbor raid – the battleship HMS Prince of Wales was arguably the pride and joy of the Royal Navy. Granted, she didn’t have the biggest guns in the RN – that distinction belonged to the HMS Rodney and her sister ship HMS Nelson with their 16-inch main guns – but she had a definite aura of prestige about her. As guest author Gabe Christy wrote in 2017 for War History Online:

“The Prince of Wales was one of the most advanced battleships of the time, with radar-guided firing control, 14-inch guns, and a heavy torpedo belt. She also had a new system called HACS or High Angle Control System, which was a radar targeting system for anti-aircraft guns. It gave the Prince of Wales an incredibly accurate array of anti-aircraft weapons.”

Laid down in January 1937, launched on May 3, 1939, and commissioned in January 1941, Prince of Wales managed to acquire an extensive battle history in her short life. One instance, in particular, was the May 1941 Battle of Denmark Strait, in which she scored three hits on the Bismarck, forcing the notorious German battleship to abandon her raiding mission and head to port for repairs. It did, however, take a combination of the HMS King George V – the Prince’s sister ship – the aforementioned HMS Rodney, and a bevy of obsolescent Fairey Swordfish torpedo biplanes to actually sink the Bismarck.

Alas, on the 10th of December, that prestigious wartime career would come to a humiliating end. Prince of Wales, along with battlecruiser HMS Repulse and four RN destroyers, was dispatched as part of the so-called Z Force as an attempt to render aid to the embattled British Army and Royal Air Force (RAF troops) defending Singapore from the Imperial Japanese onslaught; the Z Force commander, Admiral Sir Thomas Spencer Vaughan Phillips, hoped that by attacking the rear of the Japanese army coming out of Singora, modern-day Songkhla, he could cut their supplies and strand them on the beach.

However, a double-whammy of Mother Nature and faulty assumption on the part of Admiral Philips would doom the mission. Remember that earlier quote about the “incredibly accurate array of anti-aircraft weapons”? Well, Mr. Christy picks up the story from here:

“From the beginning, mistakes were made. The Prince of Wales’ HACS was not operating properly, due to the heat and humidity of Singapore. It left them with limited air defense. Phillips believed that air power was only a minor threat to his force as at that point no active battleship had ever been sunk by aircraft. At Pearl Harbor, the ships had been docked and were caught off guard. Believing there was no significant threat from the air, Phillips declined the RAF’s offer of fighter cover for his sortie.”

Long story short, Z Force was attacked by a force of 88 Japanese warbirds consisting mainly of Mitsubishi G3M Type 96 “Nell” twin-engine medium bombers – some carrying 500 kg (1,100 lb) armor-piercing bombs and others wielding torpedoes – and Mitsubishi G4M3 Type 34 “Betty” (Hamaki/Cigar” to the Japanese). Prince of Wales and Repulse were sunk with four torpedo hits each, and 840 British sailors KIA; in exchange, a mere three Japanese airplanes – one Nell and two Bettys – were shot down by the RN’s “incredibly accurate” flak guns.

Undoubtedly the darkest day in the history of the RN. In the words of Sir Winston Churchill, “In all the war, I never received a more direct shock … Across this vast expanse of waters, Japan was supreme and we everywhere were weak and naked.”

Fast-forward to September 1, 2022, and battleships are long gone from the Royal Navy arsenal, but the Prince of Wales moniker is still in circulation. This time the curse that has visited the ship, fortunately, had no bloodshed or any sinking, but a highly embarrassing occurrence, nonetheless. Now the HMS Prince of Wales (R09) is the name of the second Queen Elizabeth-class aircraft carrier, launched in September 2017 and commissioned in December 2019; as the Royal Navy’s official info page states, “The largest and most advanced warships ever built for the Royal Navy, HMS Queen Elizabeth and HMS Prince of Wales are the nation’s flagships.” 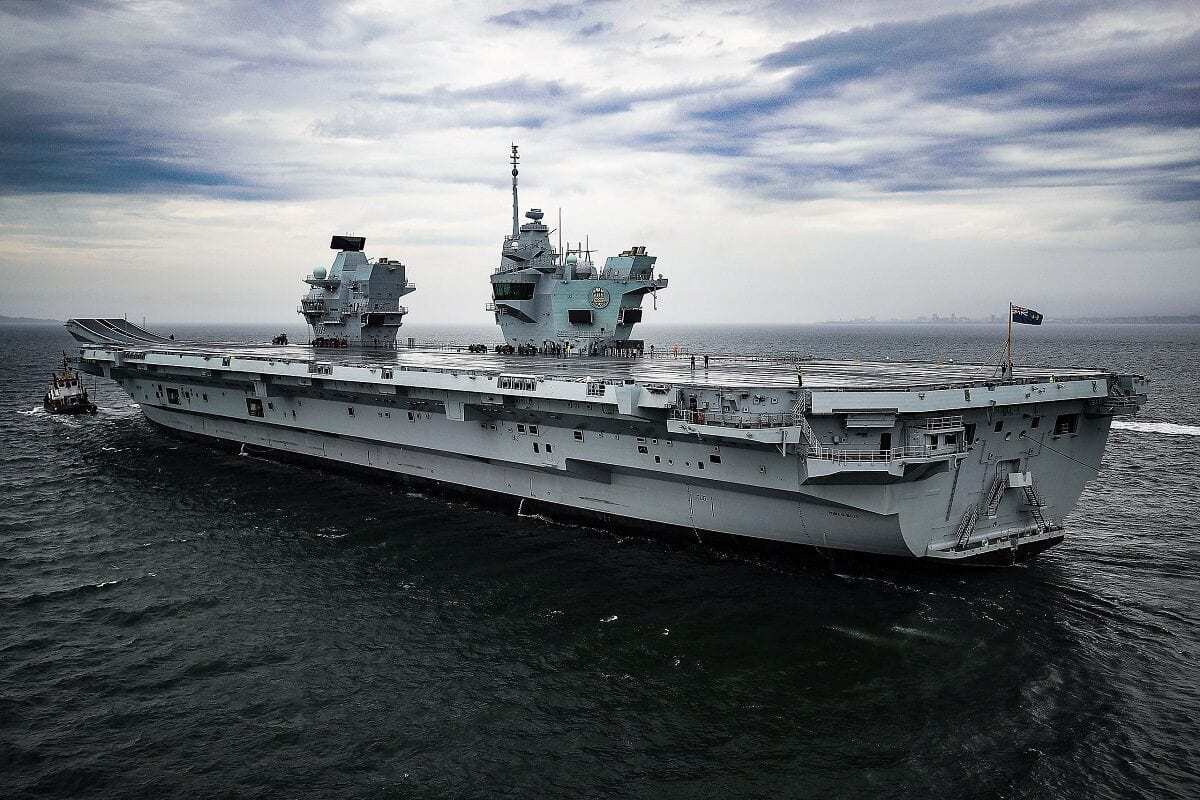 Well, as the rather verbose headline from an edition of the UK Daily Mail earlier this week states, “Britain’s new £3BN [$3.48 billion USD] warship ‘ground to a halt off the Isle of Wight because the propeller shaft wasn’t GREASED properly’: Defence chief blasts ’embarrassing’ gaffe which could see HMS Prince of Wales‘ landmark U.S. mission CANCELLED while it undergoes repairs.”

Not to Sound Superstitious, But…

Gor blimey! “What’s in a name,” quoth Juliet to Romeo, but since sailors tend to be a pretty superstitious lot, they might respond to Ms. Capulet that in certain ship’s names, bad luck is afoot.