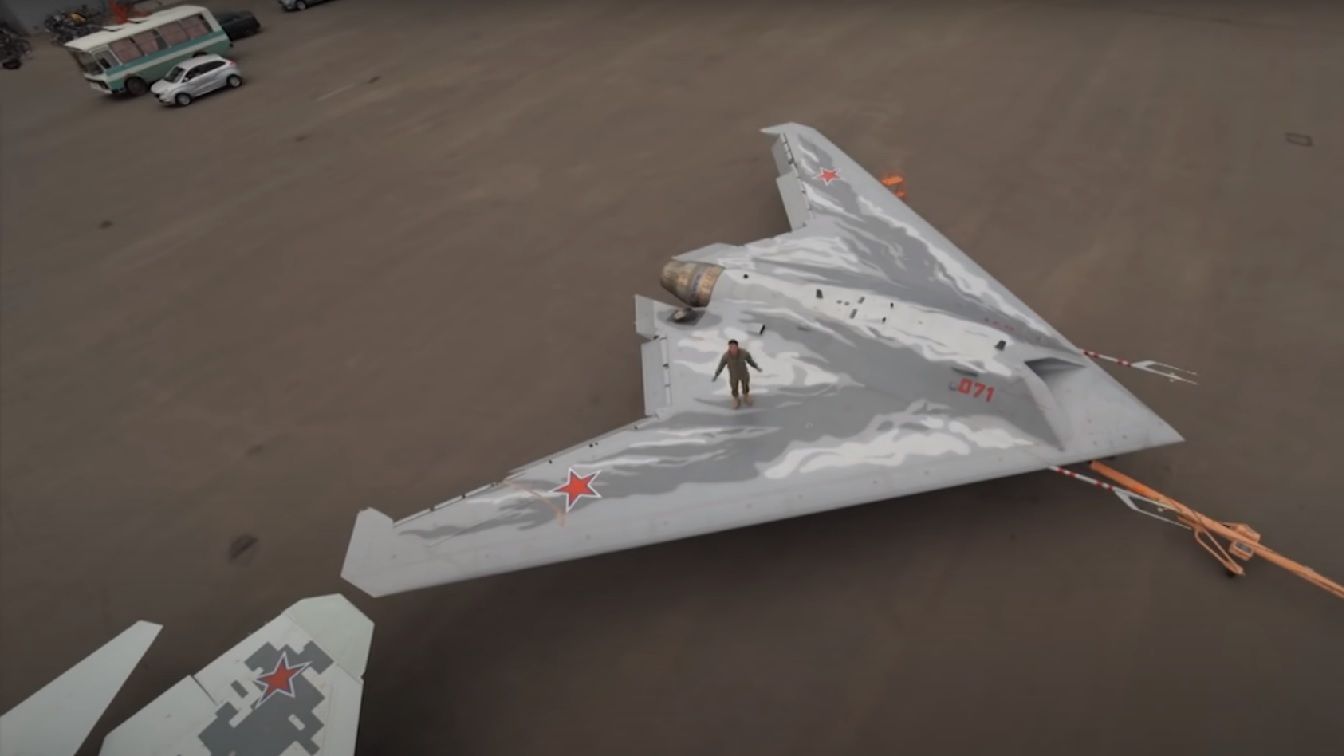 The S-70B Okhotnik unmanned aerial system is one of the most prized weapon systems currently under development by the Russian military.

The stealth drone is still going through development, having fired its first missiles only very recently. But the increasingly dire situation of the Russian military in Ukraine could very well force Moscow to deploy the drone in combat operations.

The exact specifications of the S-70B Okhotnik remain classified, but it is safe to assume that the designers intend the drone to have a large operational range and the capability to pack air-to-air and air-to-ground munitions.

Translated as “hunter,” the S-70 Okhotnik has only two prototypes in operation today. The drone made its first flight in 2019, and Moscow expects to have an operational capability by 2024.

Although Moscow claims that the S-70B Okhotnik will be a stealth unmanned aerial system, there are some serious concerns about its future capabilities. The Russian military has had a history of being too “energetic” in the promotion of its weapon systems. And the designers of the S-70B Okhotnik have yet to prove that the drone can maintain stealth. Two particular things to look out for when it comes to the stealth attributes of the S-70B Okhotnik are the exhaust and data-gathering capabilities, both of which can interfere with the stealth elements of the drone.

According to RIA Novosti, the first experimental S-70B Okhotnik drone fired a series of guided missiles during flight tests a few months ago. During the trials, the S-70B Okhotnik launched several types of air-to-surface missiles against ground targets; the munitions came from the arsenal of the Su-57 Felon fighter jet, the only fight-generation aircraft in the Russian military (it should be noted that there are several misgivings about the actual capabilities of the Russian fighter jet, especially about its stealth attributes).

And yet not all is well on the Russian drone front. The Ukrainian military is claiming to have destroyed or captured more than 800 unmanned aerial systems of all types and sizes in the war so far.

“In the face of combat losses, it is likely that Russia is struggling to maintain stocks of UAVs, exacerbated by component shortages resulting from international sanctions,” the British Ministry of Defense stated.

Drones are vulnerable to both kinetic attacks, for example, small-arms fire or anti-aircraft missiles, and electronic warfare.

And the degraded Russian unmanned aerial system capabilities are, in turn, hurting the situational awareness of ground commanders, and thus their effectiveness.

Furthermore, coupled with the crippling sanctions—which have had a great effect on the Russian defense and aerospace industry than in any other sector—the Russian drone losses can’t be replaced.

The Russian defense and aerospace industry rely on foreign parts and electronics, including American, British, German, and French, for much of its weapon systems. The sanctions and export controls mean that the Russian defense companies can’t get the key parts and electronics needed to manufacture the drones and are most certainly adversely affecting the designing, development, and production of the S-70B Okhotnik unmanned aerial system.