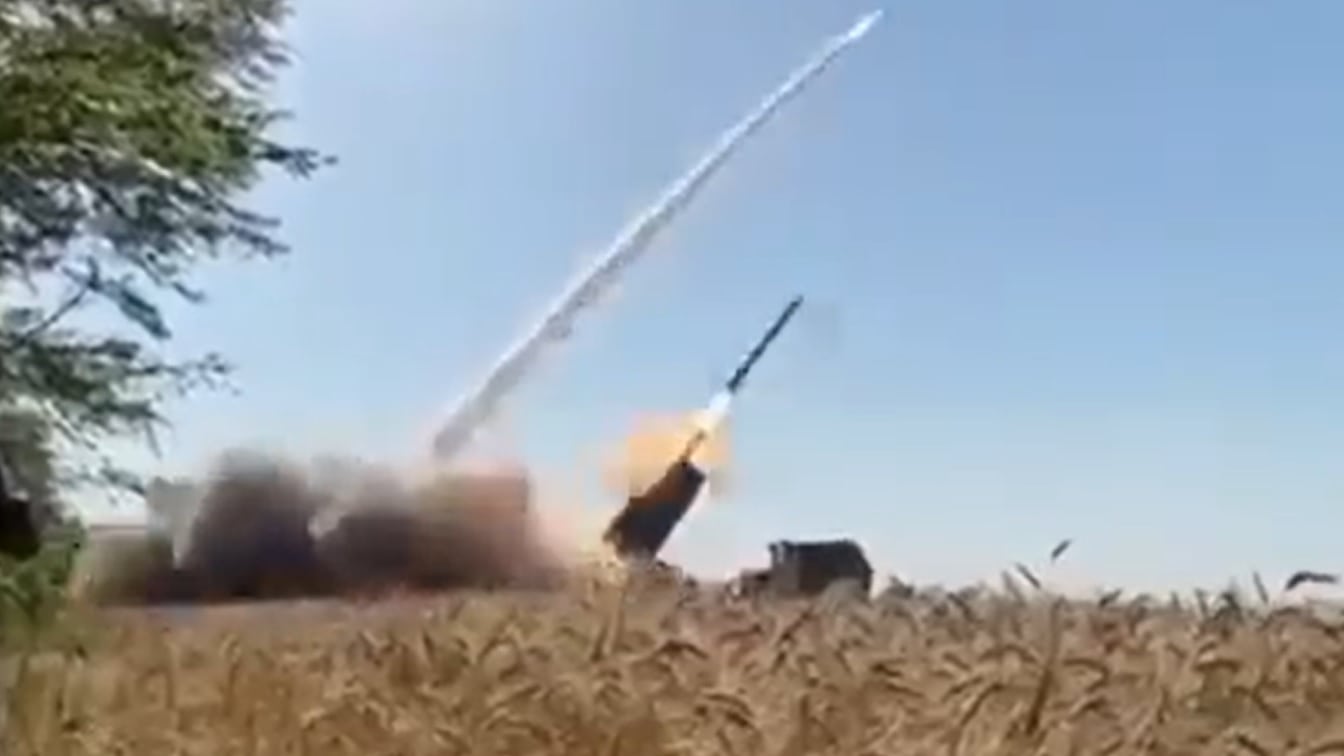 Video footage uploaded in recent days shows the damage done by Ukrainian HIMARS to a Russian ammunition depot in Kupyansk, Kharkiv. The video, originally uploaded on Sunday, shows the ammunition depot completely destroyed and stripped down to a base structure.

A Russian ammunition depot in Kupyansk reportedly destroyed in a HIMARS strike. Video posted a few days ago. https://t.co/IfLv5MXBuK pic.twitter.com/t7Ikv8NAM6

The building has no walls or roof, and warped metal can be seen scattered around the building. Soldiers are also seen in full gear on the site assessing the damage.

“Kupyansk. Before the arrival of the GMRLS missiles at the end of August, there WAS an ammunition depot here,” the original Telegram post that shared the video reads in Ukrainian.

The post also includes images of destroyed Russian military vehicles and rocket shells on the ground, as well as damaged Russian artillery stored on the grounds of the depot.

One Of Many Liberated Kharkiv Towns and Cities

The release of the footage came ahead of an announcement by the Main Intelligence Directorate of Ukraine’s Ministry of Defense that the city of Kupyansk-Vuzlovyi had been liberated by Ukrainian forces.

A statement issued on Telegram on September 27 confirmed that the city was “liberated by the KRAKEN special unit of the GUR MO.”

Ukraine’s Ministry of Defense also shared video footage on Tuesday depicting a Russian soldier standing on a Russian flag and then raising the Ukrainian flag on a flagpole in Kupyansk-Vuzlovy.

“The village of Kupyansk-Vuzlovy in the Kharkiv region is liberated,” the tweet reads.

“One of the largest railway stations in the east of Ukraine is located there. The occupiers used it in their supply route. The offensive in the Kharkiv region continues.”

Ukraine continues to make territorial gains in Kharkiv, despite Russia’s promise to deploy more troops and regain ground. Ukrinform reports that, according to the deputy head of the President’s Office, a total of 454 settlements have been deoccupied in the Kharkiv region as of September 8, and that less than 6% of Kharkiv is still occupied by Russian forces.

Britain’s Ministry of Defence also revealed in an intelligence update on September 23, only days before Kupyansk was liberated, that Ukrainian forces had successfully secured bridgeheads on the east bank of the Oskil River in Kharkiv Oblast.

“Russia has attempted to integrate the Oskil into a consolidated defensive line following its forces’ withdrawal earlier in the month,” the update reads, adding that while the situation on the battlefield remains complex, Ukraine is “putting pressure on territory Russia considers essential to its war aims.”

In this article:HIMARS, Kharkiv, Russia, Ukraine, War in Ukraine