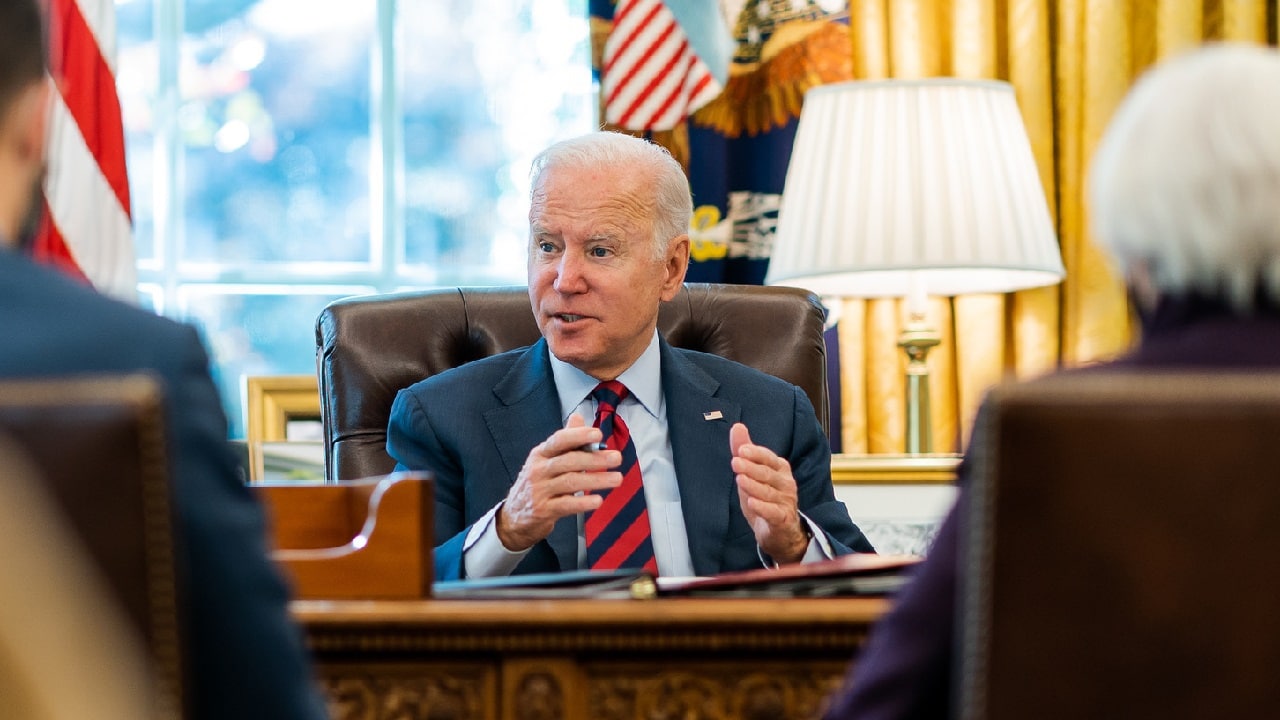 President Joe Biden meets with advisers before a phone call to Speaker of the House Nancy Pelosi (D-Calif.) and Senate Majority Leader Chuck Schumer (D-N.Y.) to discuss the debt ceiling, Tuesday, November 16, 2021, in the Oval Office. (Official White House Photo by Cameron Smith) This official White House photograph is being made available only for publication by news organizations and/or for personal use printing by the subject(s) of the photograph. The photograph may not be manipulated in any way and may not be used in commercial or political materials, advertisements, emails, products, promotions that in any way suggests approval or endorsement of the President, the First Family, or the White House.

Stability in the Greater Middle East hinges on more than the Eastern Mediterranean region. What happens in Morocco, Libya and Tunisia is hugely consequential, as well. The West can’t afford to treat these strategically relevant countries as an afterthought.

A big question mark hovers over the future of Tunisia. The country has been hit hard by the cascading effects of the Ukrainian crisis. Reuters reports that many food products are rationed, and the national fuel shortage is worsening.

The Tunisian government has already received two tranches of international aid from the World Bank and the European Bank for Reconstruction and Development to fund the purchase of wheat. It is currently seeking a bailout by the International Monetary Fund.

Formerly regarded as the only “successful experiment” of the Arab Springs of 2011, Tunisian democracy now faces significant challenges.

Political tension has run high since last summer, when protests against the Ennahda Movement, the majority party, erupted due to the economic crisis and mismanagement of the Covid-19 pandemic.

Last July, a constitutional referendum was held, aiming to give President Kais Saied additional powers. The lop-sided (94%) vote to approve the new constitution came as no surprise. Ennahda and other opposition groups boycotted the vote. Turnout was only 28%.

Following the referendum, Saied exercised his new executive authority and suspended parliament. Ennahda promptly accused him of staging a coup.

The recent constitutional reform certainly raises the risk of a return to authoritarian government. But Ennahda is no democratic knight in shining armor. The controversial party, long linked to the very undemocratic Muslim Brotherhood, is accused of holding extreme Islamist positions.

The country also faces numerous geopolitical challenges, as well. Diplomatic tensions have recently erupted between Tunisia and Morocco. Rabat recalled its ambassador to Tunis “for consultations” after Saied invited the leader of the Polisario Front, Brahim Ghali, to the TICAD conference. The Polisario Front supports the independence of Western Sahara from Rabat.

Morocco is also at odds with Algeria, which has strengthened its relations with Tunisia in the energy sector. Saied met with Algerian President Abdelmadjid Tebboune last July, while in August Algeria said it was ready to increase the supply of electricity to Tunisia.

The Tunisian government is also strengthening relations with Egypt. In early September, Egyptian Foreign Minister Sameh Shoukry met in Cairo with his Tunisian counterpart Othman Jerandi, affirming support for Tunis’s development and stability. Egyptian President Abdel Fattah el-Sisi is a close ally of Saied: the two leaders are united by fear of the Muslim Brotherhood.

Then there is the concern over increased Russian influence. Moscow has a political and military long arm in the eastern part of Libya through the mercenaries of the Wagner Group.

What’s troubling is the Europeans, and—to an even greater degree—the Americans, seem ambivalent about developments that could undermine their interests, as well as the stability of the region. Reverses there could ripple across the Middle East, the Mediterranean, and Southern Europe.

Thus far, the Biden administration does not appear to have a global national security strategy, let alone a broad Mediterranean and Greater Middle East strategy that addresses nations like Tunisia.

Washington should be relaunching and expanding the Abraham Accords, pushing countries like Tunisia and Israel toward the normalization of diplomatic relations. Furthermore, Washington should strengthen NATO‘s southern flank and, consequently, Western influence against growing Sino-Russian soft power in North Africa.

More generally, the U.S. needs to be investing senior leader attention and engagement in the region and coordinating with European and Middle Eastern allies for an agenda for the common good. A modicum of diplomatic effort and public-private economic engagement would go a long way toward stemming troubling trends.

A Heritage Foundation vice president, James Jay Carafano directs the think tank’s research on matters of national security and foreign relations. Stefano Graziosi is an essayist and a political analyst who writes for the Italian newspaper La Verità and the weekly magazine Panorama.